The Truth About Biodegradables: Creating More Harm Than Good? 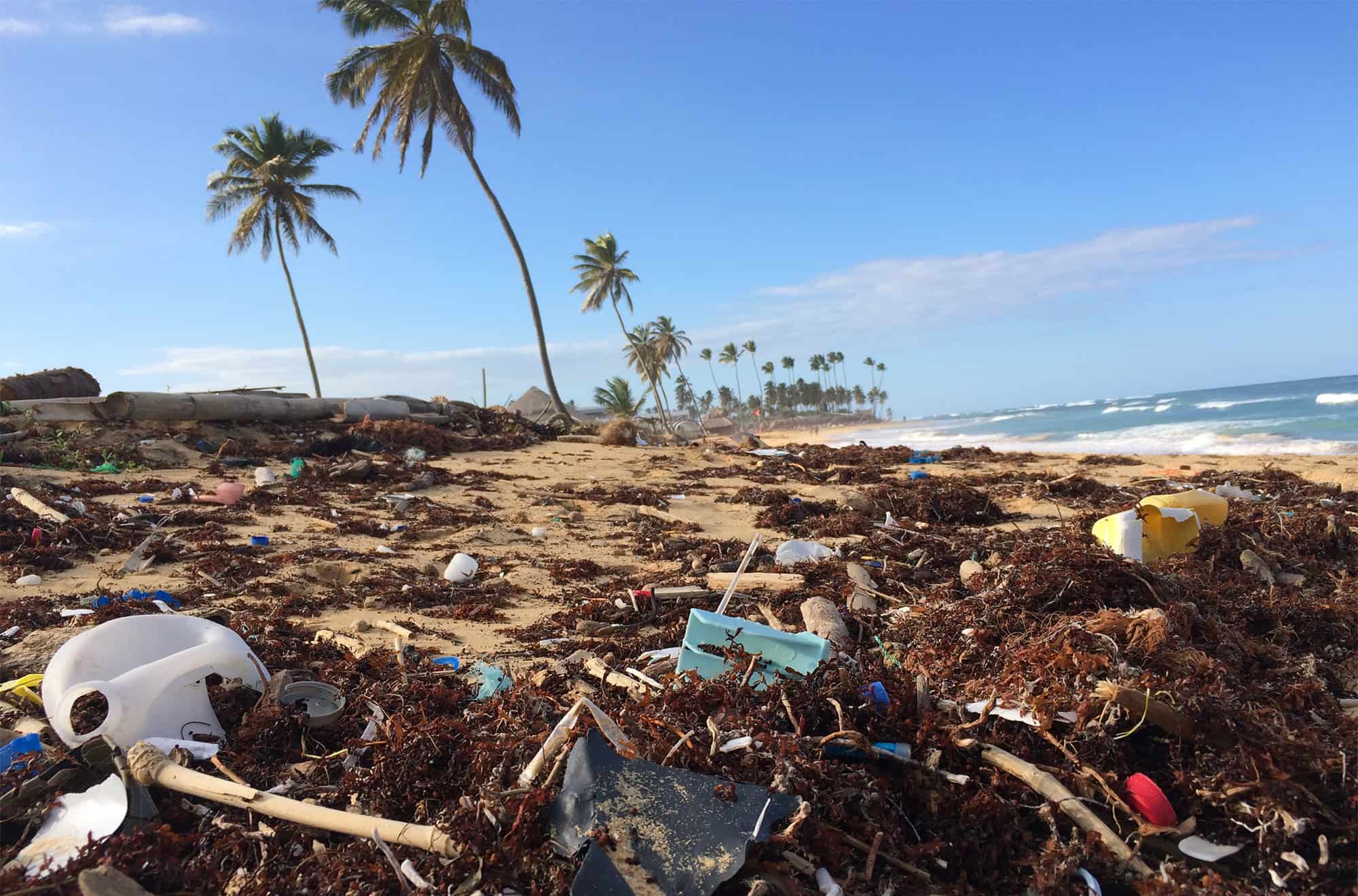 As many event organisers in Singapore turn to biodegradables as a way to reduce waste, it turns out that many don’t biodegrade at all, thus creating even more waste. Could renting crockery be a solution?

It’s true. Biodegradable items of all kinds aren’t living up to their names. Scientists have gone so far as to dig up biodegradables several years later only to find that they’re still intact and can still carry a full load of shopping. Then there have been cases of biodegradables washing up at sea after several years of being exposed to the elements. Meaning, just like plastic, we can just toss a biodegradable bag and call it a (guilt-free) day. We need to call it as we see it, many (but not all) biodegradables are not the solution to the pollution problem that we’ve been searching for. What is the solution? At least for things like crockery, the answer is reusables.

Whether it’s grabbing a coffee to go, a container for your takeaway salad or plating for a large event, reusable crockery is eliminating the need even for “biodegradable” disposables. We’re even talking about large scale events with several thousands of people. Wonderfruit in Thailand managed to convince 20,000 people to use a reusable cup through an all-out ban on disposables of all kinds (yes, even biodegradables). But what about food at a festival? Carrying around a cup is one thing, but society is not quite ready to leave the house armed with a plate and bowl, too. We’re going to let you in on a little secret. For our own Conscious Festival, we partnered with Shinpuru — a crockery and cutlery rental service with a high tech washing solution that is the solution to all your sustainable catering needs. 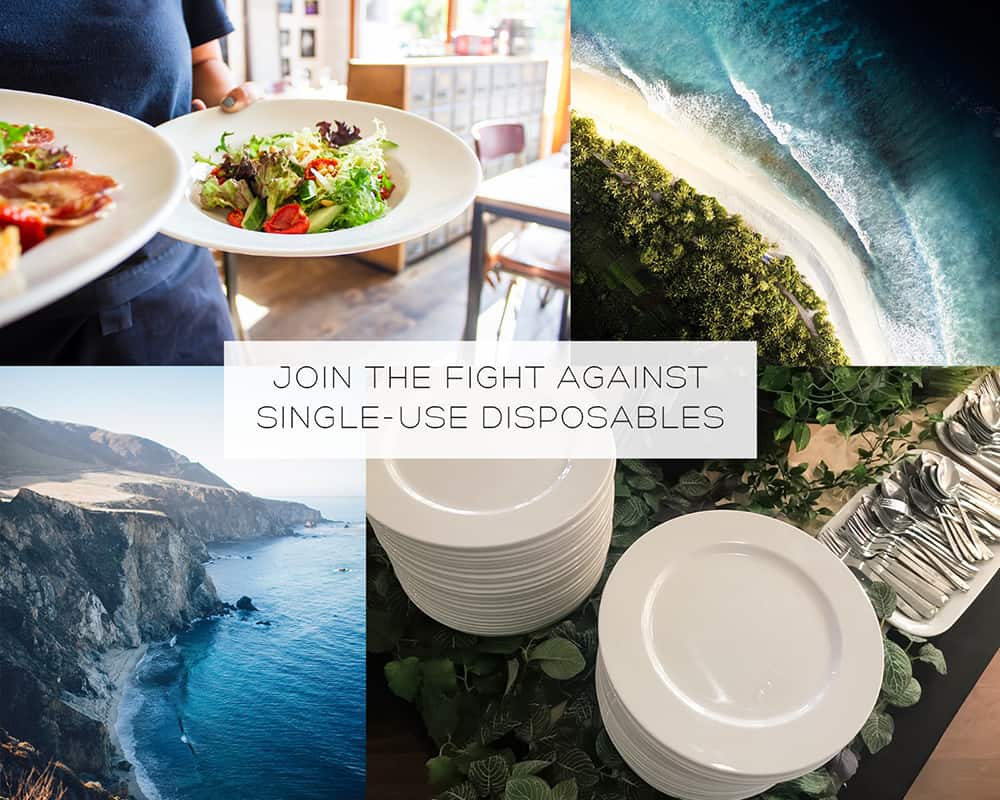 First things first, we need to understand how biodegradables work. “Biodegradable material means that it gets broken down into natural products, meaning nothing chemical or artificial is left over,” said Sean Neo, sales manager at Shinpuru. “However, the process of biodegradation does not work the way people think it does. People often assume it to be similar to simply throwing an apple into the woods. In reality, biodegradation can only occur under specific conditions that require water and high temperatures, which of course cannot be provided under natural environments or home compost heaps.”

2. Given Singapore’s waste treatment procedures, using biodegradable materials may do more harm than good as such materials are sent for incineration and landfilling without getting to biodegrade as claimed

Did you know that in Singapore, the waste treatment procedure will usually involve an incineration process before being buried in Pulau Semakau? This means that many things don’t even get the chance to biodegrade. And after incineration, they will remain as is in the landfill. “Ultimately, this results in biodegradable materials having an overall larger carbon footprint as compared to conventional disposable products as it is likely to have required more resources in the production stages.”

Sean further explained how a study done by Life Cycle Analysis (LCA) on various plates in Singapore revealed that the biodegradable dining plate made from cornstarch, which is increasingly being used in Singapore, has a higher environmental impact than conventional polystyrene (PS) plates. “A single-use PS plate was found to have a lower global warming potential, energy consumption and much lower water requirement for production compared to the biodegradable corn starch plate. The single-use PS plate also had a much lower cost.”

“A simple economic and environmental comparison places biodegradable corn starch plates as the less favourable choice. Unfortunately, the biodegradable characteristic of such products leads to the impression that the usage of the products would be less harmful to the environment. Thus, the less-informed, well-meaning consumers spend more for an alternative that is in fact, more harmful to the environment and does not deliver its intended unique characteristic of biodegradation, given Singapore’s context.”

Do you know where biodegradables end up when they are improperly disposed of? Like plastic, it’s usually a marine environment, which means these items will not be able to degrade on their own in a meaningful timeframe since the oceans are lacking the intense heat needed for the microbes to break it down.

“They will then function similarly to other petroleum-based plastics, either floating on the surface or gradually breaking down into micro-sized pieces that will continue to last for decades and pose a threat to marine life. There have been studies that show the damage microplastics do to aquatic creatures, as well as turtles and birds: blocking digestive tracts, diminishing the urge to eat, altering feeding behaviour, and ultimately reducing growth and reproductive rates. Having stomachs stuffed with plastic, some species eventually starve and die.”

4. Extensive resources are required for the production of raw materials for biodegradables which can be put into better use

With food scarcity and hunger affecting about one in five families (even in developed countries and a significantly higher rate in developing nations), is it justifiable to grow cash crops for manufacturing purposes when people need the food to eat?

“There have been studies that show the production of biodegradable materials actually requires more resources like extensive land use, water, fertilisers and pesticides used to grow the crops required for production, alongside chemical processing needed to convert the organic materials into biodegradable ware.”

An example of that? Corn, which is a commonly used raw material. Because corn is intensive to grow, having to be seeded, watered and soil tilted, it is usually grown in a monoculture system (one crop is grown in the same space at the same time). “This results in valuable agricultural land being used to create something that just gets thrown away after a single use, which can be put into better use by feeding the people.”

5. Biodegradables may reduce the amount of recycling that Singapore does

There is a lot of confusion surrounding biodegradables. They are often confused with compostables and with recyclable material like plastic or paper, with misleading labels like “biodegradable paper plates” or “biodegradable plastic plates”. Then, they’re thrown into the blue bins after usage. Why is that bad?

“According to NEA’s recommendations of what should and should not be recycled, biodegradable plates, or any type of disposable plates as a matter of fact, should all be disposed of as general waste as it has already been contaminated with food. When used biodegradable plates are discarded into the blue bins, it could contaminate all the items inside and the whole batch might have to be discarded as general waste as a result.” 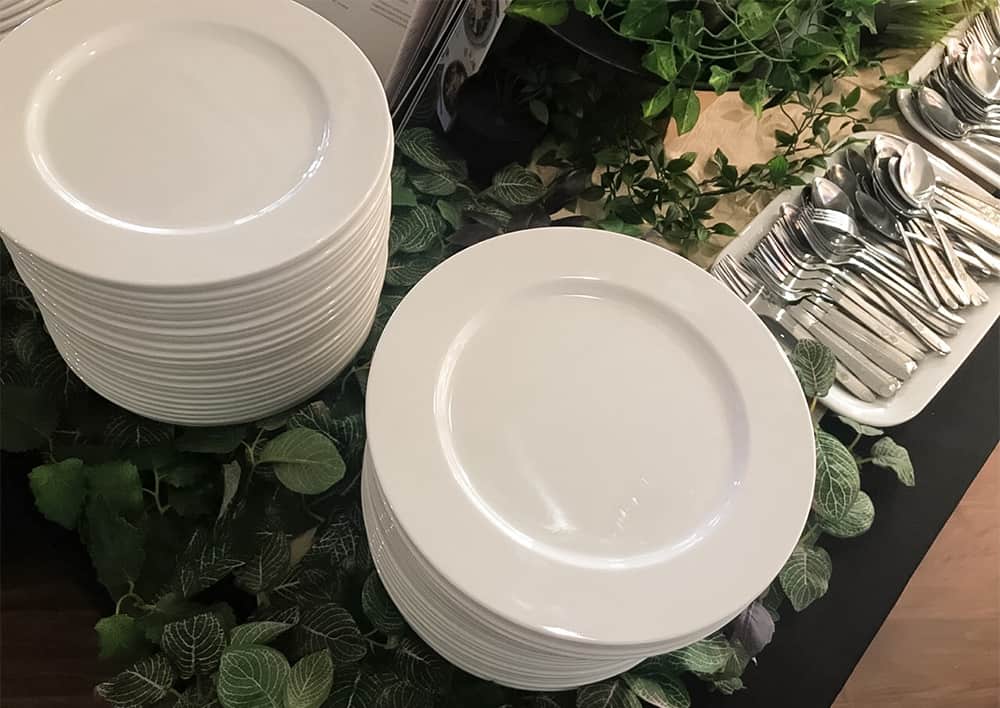 Is renting crockery a solution?

We wanted to find out more about the inner workings of Shinpuru to see if their rental system was a solution to disposables. When it comes to tackling waste, the answer we found was obvious: produce less waste, switch out of disposables and opt for reusable options as much as possible. “The biggest issue with biodegradables is that it sends the message that we can still live in a disposable economy without any implications involved,” said Sean. “Little understanding about biodegradables gives people the misconception that they’re doing their part for the environment by using biodegradables when the best solution to save our environment is to produce less waste in the first place.”

He went to explain how Singapore’s Bring-Your-Own (BYO) approach has been commendable, but that it’s just not always possible or convenient to bring a reusable container everywhere. “This is where Shinpuru Solutions bridge the gap by bringing reusable options to catering events instead of having individuals go BYO style. In 2019 alone, we have saved 150,000 disposables from landing up in the landfill through providing this simple reusable option which is even easier to arrange for than many would think.”

Renting with Shinpuru is hassle-free since they handle everything from transportation, collection, and washing of the items. They provide an assortment of crockery items for rental at events, and their A8 grade melamine plates offer a durable material that comes with a classy shine akin to porcelain, thus adding a sophisticated touch to the dining experience.

Hey Singapore, it's official. You have NO excuse to use disposables at events anymore. Watch this to see how Shinpuru is making reusables hassle-free, convenient, AND cheaper. 👏🏽😍

Making the switch to reusables can be convenient and extremely effective in reducing single-use disposables. Shinpuru Solutions aims to provide fuss-free, affordable rental of reusable dining ware, thereby encouraging a greater take-up rate for reusable options. Connect with them here. 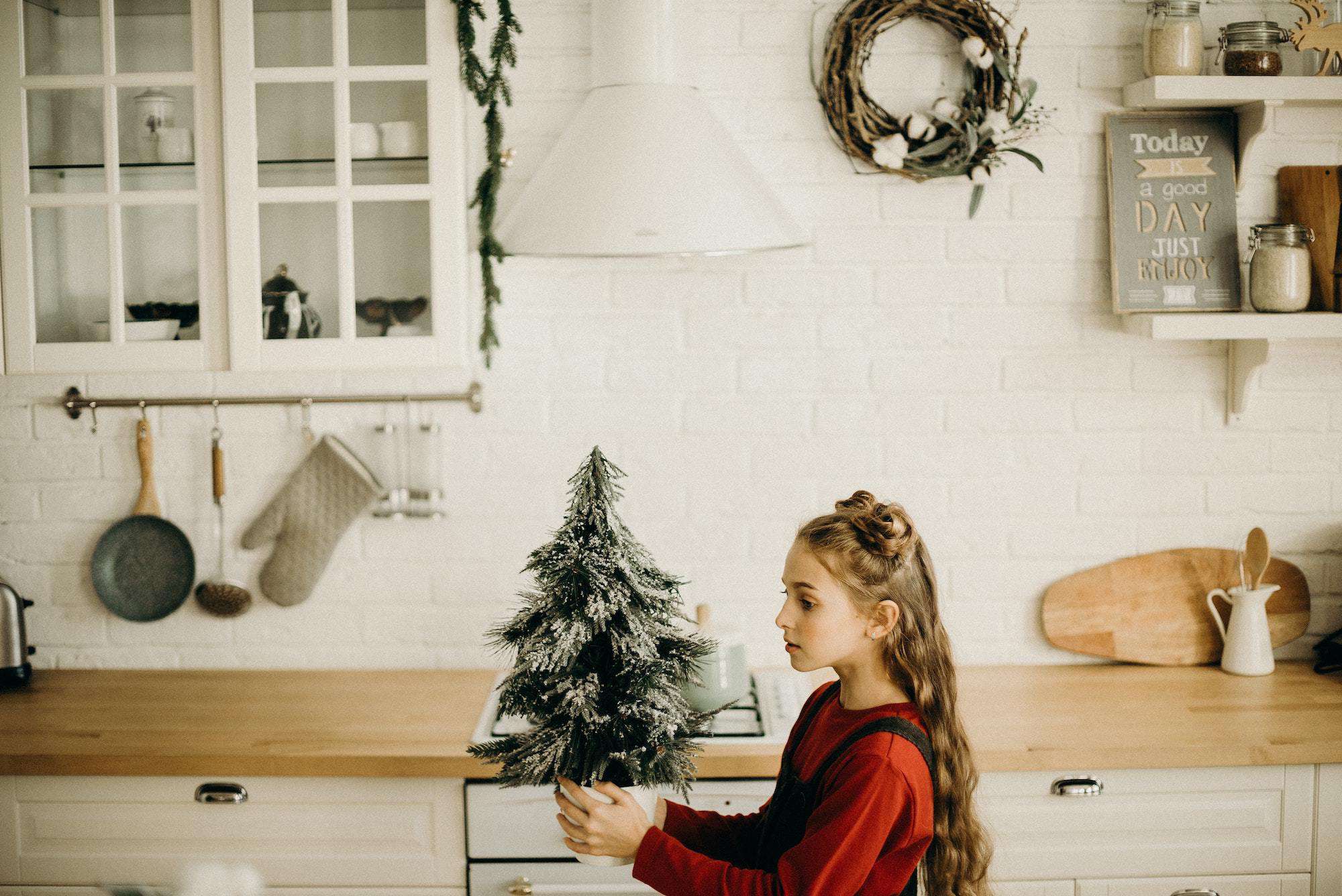