Home » Conscious Guides » Conscious Scoop » The Time For Political Activism Is Now: All You Need To Know About SG Climate Rally

The Time For Political Activism Is Now: All You Need To Know About SG Climate Rally 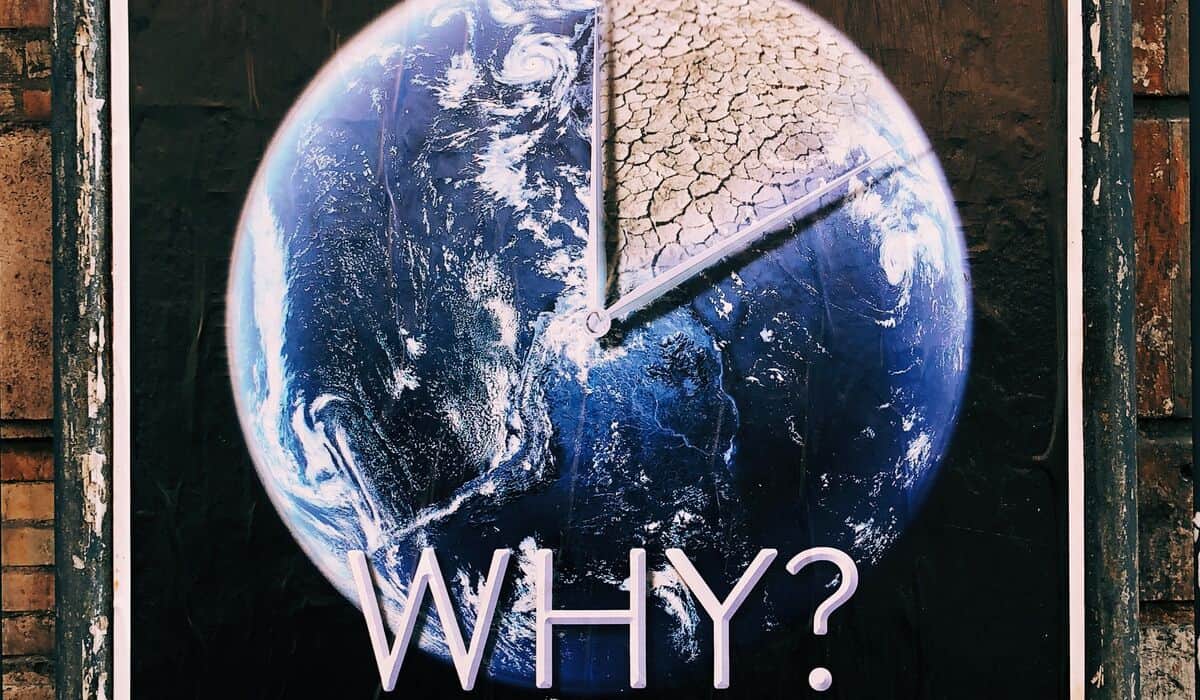 SG Climate Rally (SGCR) is Singapore’s first physical climate action rally and takes place at Hong Lim Park on the 21st of September. Organised by a new, independent group of 20 concerned Singaporeans, this is quite possibly the most important environmental event of the year. Read on to find out all about it, why it’s happening, and why now.

SGCR, Singapore’s first-ever climate rally, is happening this upcoming weekend at Hong Lim Park from 3-6pm. The rally is an event for Singaporeans and Permanent Residents (PRs)* to collectively urge the government to mitigate the climate crisis. The event is organised and self-funded by 20 concerned locals: university students, climate researchers, academics, scientists, teachers, lawyers and programmers.

*Please note that this event is only open to Singaporeans and PRs (please bring your Identity Cards) due to the restrictions surrounding the use of Hong Lim Park. However, the team is planning future events for all (regardless of citizenship status) to participate. 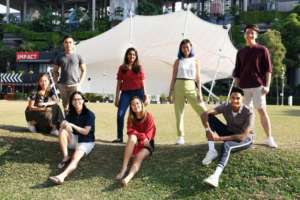 Why are they doing this?

Ideator of SG Climate Rally Komal Lad said: “Online petitions and social media posts can only go so far. If we want to send a strong signal urging the government to take bold action to mitigate climate change, we have to show a critical mass of in-person support.”

This, of course, does not discount the impacts of the online climate strikes that happened back in March. Organised by Woo Qiyun and Pamela Low, the Singapore virtual strike was held earlier this year, as part of Greta Thunberg’s worldwide #SchoolStrike4Climate movement. SGCR builds on and goes even further than this, and aims at involving all Singaporeans, not just the students.

Ho Xiang Tian, one of the speakers at SGCR, commented: “We’re already feeling the effects of the climate crisis. What our government chooses to do now will affect my future, as well as for generations after. We have gathered to call for stronger climate action and our voices should matter.” 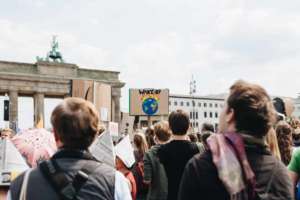 What are their calls to action?

These three calls to action are grounded in the recommendations published in 2018 by the Intergovernmental Panel on Climate Change in their special report titled Global Warming of 1.5°C.

How are they expecting the government to achieve this? SGCR wants them to first Face the Truth: declare a national climate emergency in recognition of the need to bring absolute greenhouse gas emissions to net zero. They also want a comprehensive report assessing the direct and indirect threats posed to Singapore by the climate crisis. We know that the rise of sea levels will critically affect Singapore, but what about the indirect threats? Food shortages? Water crises? Even climate refugees?

SGCR also wants the government to Combat the Crisis. They are demanding for a publicly accessible national climate mitigation master plan to slash emissions. Inclusive of a decarbonised economy and full divestment from polluting industries. Note: not only adaptation strategies.

Finally, SGCR wants the government to Engage the People. This means educating all Singaporeans on the urgency and severity of the climate crisis. They’re looking at quarterly meetings to consult and update the public on the progress towards achieving the emissions targets as outlined above.

“As one of the wealthiest and most developed countries in the world, Singapore can and must do more to affirm the “common but differentiated responsibilities and respective capabilities” principle of the Paris Agreement.” – SG Climate Rally

Are we not doing enough already?

As a nation, SGCR says, Singapore is far from meeting the IPCC’s targets.

Is Singapore doing anything? Yes, we definitely are. Singapore is part of the Paris Climate Agreement, arguably the most significant climate agreement to date. At the National Day Rally this year, the government announced various adaptation strategies, as well as the setting up of the Centre for Climate Research Singapore. Further to that, 2019 is designated The Year Towards Zero Waste, and the government just recently released its Zero Waste Masterplan, along with its Resource Sustainability Bill. Both have been lauded as significant documents relating to Singapore’s sustainability action.

No doubt these are great initiatives. But the government is not adequately tackling the elephant in the room: emissions. Despite Prime Minister Lee Hsien Loong himself acknowledging that climate change is “one of the gravest challenges facing humankind”, actions that were taken by the government to mitigate – not adapt to* – the climate crisis are painfully insufficient and do not reflect the reality of the climate crisis.

*Mitigation strategies are those that reduce emissions of and stabilise the levels of greenhouse gases in the atmosphere. Adaptation strategies, on the other hand, help adapt to the climate change already in the pipeline. (NASA) Both strategies must come in hand-in-hand, though Singapore seems to be focusing much more heavily on the latter. 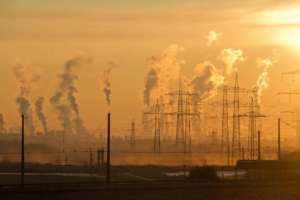 Our house is on fire!

In 2015, as part of the Paris Climate Agreement, Singapore committed to reducing its emissions intensity by 36% from 2005 levels by 2030, and stabilising emissions with the aim of peaking around 2030.

There are two issues with this. The first: as SGCR points out, it is concerning that the government focuses on “emissions intensity” (a metric which refers to how much carbon is emitted per unit of GDP) as opposed to the reduction of absolute carbon emissions. Basically, they could continue growing their GDP while saying that they are meeting their climate targets.

The second: the aim to peak around 2030 and stabilise after means that they may not bring their emissions to net zero. The IPCC recommends that we reach net zero by 2050. Singapore currently has no plans to do that. On that note, the Climate Action Tracker, which rates countries based on their climate targets and policies, rates Singapore as “Highly Insufficient”. It adds that “if all government targets were in this range, warming would reach between 3°C and 4°C”.

Beyond that, it is also alarming that Singapore’s carbon tax is only S$5 per tonne, though the science recommends that the carbon tax be well over S$100 per tonne. SGCR also claims that Singapore is a hub for the fossil fuel industry, citing the example of ExxonMobil Singapore’s refinery at Jurong Island. The refinery is the 7th largest oil refinery in the world. (For reference, there are 700 oil refineries worldwide.) Singapore has also just expanded Jurong Island, the nation’s energy and (petro) chemical hub.

Give me the details: what’s happening?

Read on for the 411. If you still have questions, the SGCR FAQs are a good place to start. And don’t forget to follow SGCR on Facebook, Instagram and join their Telegram channel to be updated when there’s more news!

To ease participants into the event, there will be welcome activities. There are activities for all sorts of participants. Down to draw and express your concern through art? Hang out with the folks at Mural Lingo, who will be hosting interactive Community Mural Painting. Interested in amplifying your voice? You might want to check out A postcard to my MP: a quick, guided writing campaign. You will be able to write to your respective Members of Parliament to urge bolder climate action with postcards provided by SGCR. Bringing kids under 12? Join Kids Read For Our Future. English-speaking books will be provided, and families are encouraged to engage in deeper discussion around the climate crisis, and its impact on our future: our children.

Don’t know anything about the climate crisis? This event is also open to the climate-curious. As in, if you or anyone you are inviting doesn’t know a single thing about climate change, don’t sweat it. Check out SGCR’s educational space: What On Earth Is The Climate Crisis? Trained volunteers will be on hand to answer questions on a wide range of topics: from the science of climate change to the Paris Agreement; Singapore’s future to the urgent need for mitigation.

The second part of the event is speeches, presented by a diverse range of six climate-concerned Singaporeans, from all walks of life. Some of the younger speakers include an 11-year-old Mother Earth Toastmaster Oliver Chua, who will speak about what children can do in a climate-stricken world. You will also hear from conservationist and biology professor Sivasothi N, and veteran activist and founder of LepakinSG, Ho Xiang Tian. 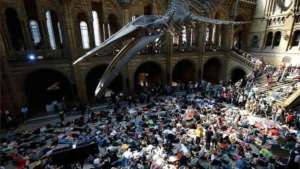 SGCR’s signature activity, and the activity we’re probably most excited for aside from the speeches themselves, is the die-in, à la Extinction Rebellion. (Quick note: we say this just in case you have no idea what a die-in is. SGCR is not affiliated to the Extinction Rebellion movement. The sentiment and fear of the urgency of the climate crisis, SGCR clarifies, is completely homegrown. Die-ins have a long history of being used by diverse groups around the world to raise awareness on other humanitarian issues.)

The die-in represents the realities of living in a future where governments refuse to take timely, meaningful action. A future in which lives, human and non-human will be lost to the climate breakdown. The die-in symbolises the ongoing Anthropocene mass extinction event. Planned and executed by movement artists, attendees will spread out across the event area and gradually collapse “domino-style” from one end to another. It will be a deeply introspective and reflective event.

It’s after-party time! Bring your own food to this community picnic, as no food will be provided. Or just hang around to meet people who are concerned, just like you. Make some friends, learn new things, and soak up the good vibes.

Why you should show up

Now that you’re up to date on Singapore’s climate action, you know why the situation is so urgent. Refusing single-use is good, and lowering your energy footprint is great. But this is one #LittleGreenStep that tackles systems change head-on. Your presence matters, and even more so because you have nothing to lose. Participating in the SG Climate Rally is completely legal.

The climate is breaking down, and we’re on track to catastrophe. Getting the government to address the urgency of this crisis is the first step to making things better.

The seas are rising, and so must we. Are we seeing you at the Climate Rally?