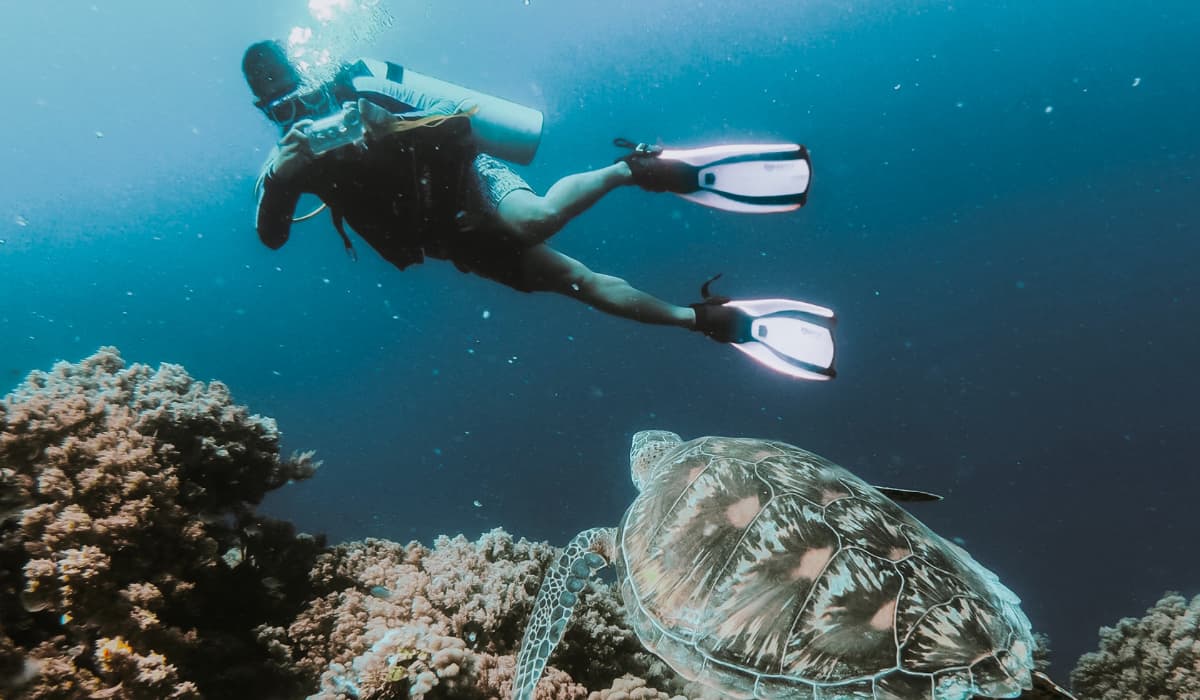 This week: 2020 Democrats and the climate get prime time. The Great Barrier Reef gets a status update. A new short documentary on the beauty industry’s other dirty little secret is out! And FairPrice trials a plastic bag charge. Catch the latest sustainability news, conveniently rounded up below.

1. Democratic National Committee (DNC) down-voted, but TV networks stepped up, so the US got a climate debate.

CNN hosted a seven-hour marathon of interviews with 10 presidential candidates about climate change on Wednesday. This is despite the DNC responding that it wouldn’t hold a climate change debate and announcing that the candidates would not be able to attend a third-party debate. CNN and MSNBC, however, found a loophole. This also follows the insufficient #DemDebate, in which climate change only got a shallow discussion of roughly 35 minutes, across 20 candidates. As Vox reports, the fact that a major television network would devote so much time to a single issue is a sign of how important climate change has become for Democrats and how successful activists have been in elevating the issue. And in light of the upcoming debate, the candidates also dropped their plans to address climate change. What are they doing? Read more here.

At least this is another step in the right direction.

Greta sailed across the Atlantic into New York City, while Prince Harry is taking private jets for short-hop breaks. Both are concerned and campaigning about the climate crisis, yet they’re doing so while having very different lifestyles. We’ve talked about flight-shaming before, and the Duke of Sussex seems to be the latest victim. On Tuesday, he flew into Amsterdam to launch Travalyst, aiming to reduce the impact of holidaymakers while encouraging travel. In response, he said that “nobody is perfect”, and that he needed to stay safe. In his defence, the Duke is right, and there are safety concerns. But still, we can’t help but see the irony in this situation.

What do you think? Does the Prince deserve the flak?

We know that humans and the Great Barrier Reef don’t quite get along, and that we really need to keep global warming down to make sure it has a decent shot at surviving. As if it’s not clear enough already, we’ve gotten another warning. The government agency that manages Australia’s Great Barrier Reef has downgraded the corals’ condition from “poor” to “very poor”. This report is updated every five years, and this year’s greatest threat is… climate change (among others like coastal development, land-based water runoff and human activity like legal fishing). The report encourages “significant global action to address climate change”.

No prizes if you guessed the reason for the downgrade correctly. But what are you doing about it?

4. New BBC3 documentary exposes another one of the beauty industry’s dirty little secrets.

The last big makeup documentary centred around ethical beauty was Refinery29’s documentary about mica. Back when that came out, it led to many discussions about transparency and sourcing in the beauty industry. (In fact, we even penned an article on it too.) Now, BBC3 is exposing another secret: palm oil. Now, this isn’t news to us, because we’ve talked about palm oil here too, debunking some myths you might not have previously known about it. But this documentary focuses on palm oil and the beauty industry, which is an aspect we’ve not explored quite yet. In the documentary, a makeup artist travels to Papua New Guinea to see the damage done by palm oil, and offers solutions. (Spoiler: no boycotting is involved.)

5. FairPrice is trialing a plastic bag charge in select outlets in Singapore.

In an attempt to “to better understand consumer behaviour and gather public feedback on efforts to encourage the community to ‘bring-your-own-bag‘ (BYOB)” – select FairPrice stores will be charging between 0.10-0.20 cents for plastic bags. The proceeds will be going to a good cause Singapore Children’s Society and the Straits Times School Pocket Money Fund. FairPrice also launched a S$1 million Sustainability Fund to support projects reducing waste in Singapore. If you’ve got an idea, check out the details of how you can submit your big idea here. While this may seem a small step, we hope it converts into a full fledge commitment to implementing an island wide plastic bag charge.

It’s about time, but will it stick.