With all the excitement and hype around Crazy Rich Asians, we couldn’t help but put a light on some crazy GREEN Asians who are using their power for the good fight as eco warriors.

If you haven’t already seen the major buzz and excitement surrounding the film Crazy Rich Asians you must have been living under a social media rock. As the first film since 1993 to feature an all-Asian cast, stunning shots of our little red dot and homegrown Singaporean talent, its no wonder that it’s everywhere you look. It got us all excited about celebrating some of the game changers who are using their power and voice for the good green fight. Without further ado, here are 10 eco-heroes we’re loving. 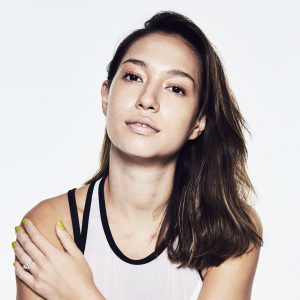 Up first is Liv Lo! She’s not only one of our inaugural Green Warriors, she’s also a fitness influencer, founder of FitSphere and of course wife to the dashing Henry Golding – the star of Crazy Rich Asians. Liv became an environmental advocate after having an awakening while watching Leonardo Di Caprio’s Before The Flood. She uses her sphere of influence to raise awareness about pressing issues. On World Environment Day she launched an anti-plastic petition in Singapore, which has had more than 15,000 signatures, and works closely with WWF Singapore. If you follow Liv on Instagram, you will see her donned in stunning dresses on the red carpet or at some fabulous event or another, and practising green carpet etiquette by wearing pre-loved fashion from the likes of Covetella, or rented dresses from Rentadella. 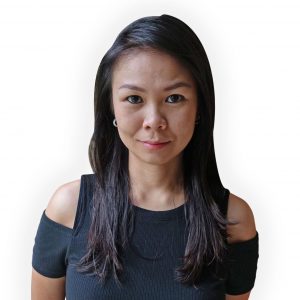 Jessica Cheam has been leading the written word charge for sustainability in Asia for over a decade. She is the Managing Editor of Eco-Business, an award-winning journalist, TV presenter, director, producer, and a social entrepreneur – there is not much that she doesn’t do! Having started her career writing for publications like The Independent and The Times, she founded Eco-Business in 2009 and has won a slew of very impressive awards awarded by the Singapore Press Holdings and the United Nations since. She’s now expanding her journalistic reach to documentary film-making and is currently working on a film about the impact of climate change and her expedition in Antarctica. 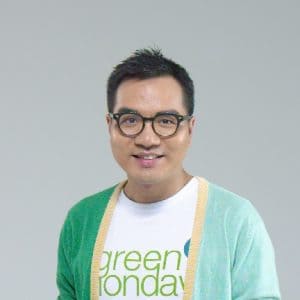 David Yeung describes himself as an activist, impact investor, Buddhist, plant-based, husband, and father. He has a few fights he’s championing with his social venture Green Monday, including (but not limited to) climate change, food insecurity, health issues and animal welfare. Having gained accolades for being one of the most innovative companies, having the best idea of the year and being one of the most creative people in China, David’s work encourages individuals and corporations to move towards sustainable and mindful living by going green on Mondays. He also opened Green Common, a restaurant-cum-convenience store for plant-based living that brings revolutionary products like Beyond Meat and Just to the shores of Asia. 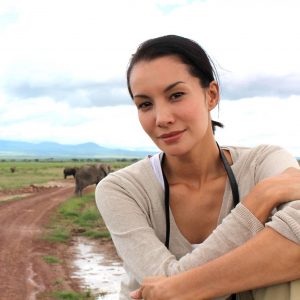 A familiar face, Nadya has had a career in front of the camera since she was 12. Aside from modelling and being MTV Asia’s pioneer VJ, she also devotes her time to being a voice for the environment. She is Singapore’s Ambassador for Worldwide Fund for Nature (WWF), an UN Environment Goodwill Ambassador (she even presented in front of the UN General Assembly!) and a Great Apes Survival Partnership Ambassador. Not only that, she also works with The Green School and launched an ivory reduction campaign called “Let Elephants be Elephants”. Nadya’s even built Singapore’s first ever eco-home from scratch! Her passion and drive for environmental advocacy is indeed admirable. 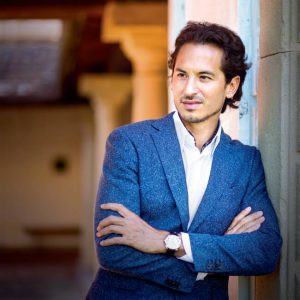 Sean Lee-Davies does many things. He’s an award-winning TV producer, host, artist, adventurer and environmental activist. You might have seen his work on National Geographic, Channel News Asia, FOX, or even some of his campaigns for Cartier, Estee Lauder and many more. Beyond his professional work, Sean dedicates time to animal and environmental conservation, and started a non-profit organisation Project C: Change, which raises funds and awareness about animal and environmental issues in Asia. He also gives a voice to animals in need through his passion for creating content. He’s even launched a “Love is Wild” photography exhibition about endangered wildlife in a bid to get the Hong Kong government to ban ivory trade, and has also produced a 6-part documentary titled “Adventures to the Edge” 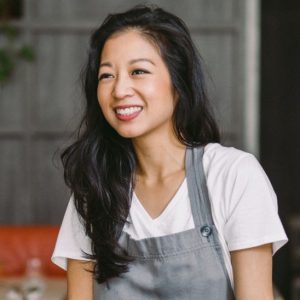 A chef-activist and founder of Hong Kong’s leading meat-free establishment, Grassroots Pantry, Peggy Chan is a pioneer in the sustainable and plant-based food movement. An “eat pray love” moment led her to start Grassroots Pantry, to do what she loves and give back to the community. Her passion for sustainable gastronomy speaks to the heart and stomachs of her patrons. Peggy can often be heard using her vocal power to fight for animal welfare and social justice. Her biggest aspiration is to change the food system to become a more sustainable one. 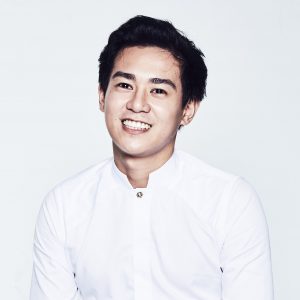 Another one of our Green Warriors, Raye Padit is a voice for sustainable fashion who uses his time to empower others to be conscious fashionistas too. After an epiphany about the dirty world behind the glamour of fashion, Raye chose to spend his time raising awareness of conscious consumerism and sustainable options. What started as him swapping clothes with a few friends turned into a new way of shopping, a movement and now a business. He has spent the last few years advocating for better choices through his non-profit Connected Threads Asia, running the Fashion Revolution Singapore chapter, Swapaholic and most recently, The Fashion Pulpit. 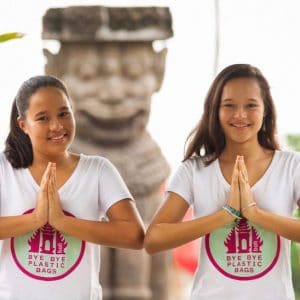 The power of 2 sisters united is indisputable. Melati and Isabel are the two girls you’ve probably heard about fighting to ban plastic bags in Bali. Starting young, they’ve embarked on a quest to end plastics at the tender ages of 10 and 12. Founders of Bye Bye Plastic Bags, the Wijsen sisters are empowering children and youth to come together to solve this global issue. Having spoken at over 200 events, conducted educational programmes in schools and given out hundreds of reusable bags, their voices spread far beyond their age-group. As aptly put by Isabel at their TED talk, “We’re not telling you it’s going to be easy. We’re telling you it’s going to be worth it.” 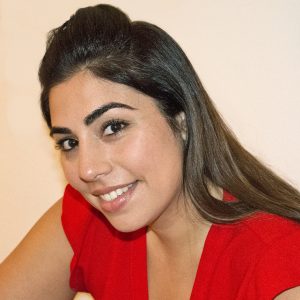 Fusing smart data with an eco-spin, Sonalie Figueiras founded Green Queen and Ekowarehouse. Green Queen started as a side-project but bloomed into one of Hong Kong’s leading health and wellness sites. Ekowarehouse, on the other hand, is a sourcing platform with over 1000 eco-certified and organic suppliers from around the world.  Based in Hong Kong, her mission is to make it easier for businesses and consumers to make sustainable and healthy choices so that people don’t have to second-guess the “true” eco-friendliness of their products and suppliers. Sonalie, together with her co-founder Tracy Turo, are tech-entrepreneurs who are lowering the barriers for people to go green. 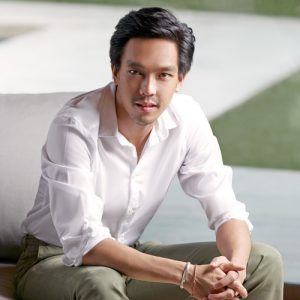 Partier and social impact-maker, Pranitan “Pete” Phornphraha is the magic-maker behind Wonderfruit. More than just a music festival, Wonderfruit is on a mission to shift perspectives and change behaviours. He’s also a co-founder of Asiola, an online crowdfunding platform for community-led initiatives in Bangkok. A visionary who mixes fun with social impact, Pranitan is here to show you that sustainability is a lifestyle, and Wonderfruit is here to catalyse that positive change.

Stephanie is the founder of Green Is The New Black. She is a marketer, event organiser and avid connector of conscious individuals and brands. She loves bringing people together to connect, find inspiration, gain knowledge and be able to take action to create a better life.