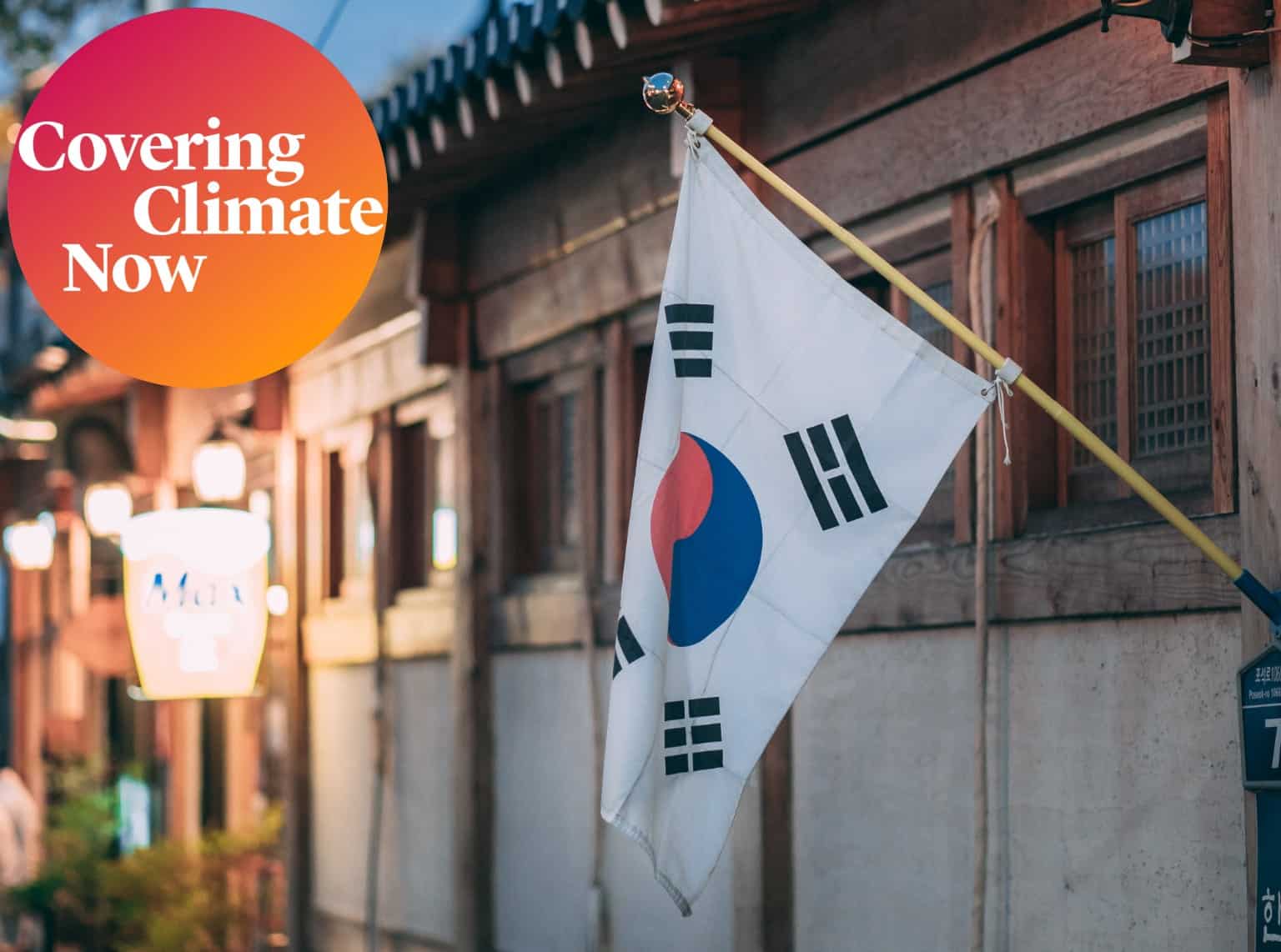 The world’s seventh-largest emitter has launched a Green New Deal. But critics say there are big problems.

South Korean President Moon Jae-in’s ruling party won a landslide victory in last month’s national election as voters turned out in huge numbers in a show of support for a government whose successful containment of the coronavirus pandemic became a model for the world.

His centre-left Democratic Party and a satellite party it set up ahead of the vote will now control three-fifths of the 300-seat National Assembly, giving Moon the largest majority of any president in more than three decades.

And as the daily number of new COVID-19 cases dropped to single digits, the results delivered the Moon administration a clear mandate to respond to another deadly global crisis: climate change.

Ahead of the April 15 election, the Democrats vowed to set South Korea ― the world’s seventh-largest source of planet-heating carbon dioxide ― on course to become the first East Asian country to reach net-zero emissions by 2050. The party named its official climate manifesto the Green New Deal, becoming the biggest emitter yet to endorse moving toward the kind of industrial planning and social safety net expansion rarely seen outside of wartime. 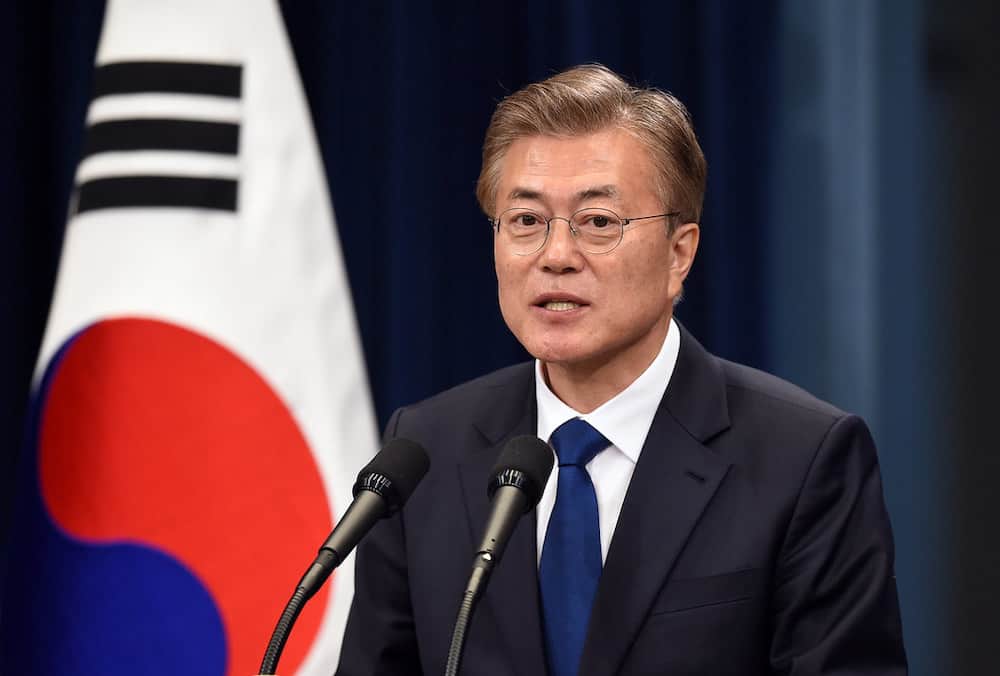 “The thinking is that maybe we can do better in other things as well, not just COVID-19. There’s a lot of potential for a renewables industry,” said Daul Jang, a Seoul-based senior campaigner at Greenpeace East Asia.

When countries across the world are preparing to scale back climate goals in hopes of boosting economic growth, South Korea’s embrace of new climate measures presents a very different route to economic rebuilding post-pandemic. Environmentalists hope it will propel a wider shift in Asia, where increasing coal use threatens to push global warming past the point of no return.

But sceptics warn that the government’s Green New Deal lacks ambition, especially compared to proposals put forward by progressive rivals in South Korea, and is based on a top-down approach that has little support from labour unions. It also faces the challenge of supercharging a renewables industry dogged by partisan politics and misinformation.

A Long Way To Go

Since 1990, South Korea’s carbon dioxide emissions have grown by nearly 169%, according to the International Energy Agency. Between 2000 and 2014, the country’s increase in climate pollution far outpaced nearly every other member of the Organization for Economic Cooperation and Development, the 37-nation club of major trading economies. Today, South Korea’s total emissions rank behind only China, the United States, India, Russia, Japan and Germany, despite a significantly smaller population.

Electricity and heating account for slightly over half South Korea’s emissions, according to 2018 data collected by the nonprofit Climate Transparency. Industry, including the country’s robust auto manufacturing sector, makes up 25%. Transportation ― the biggest U.S. source of emissions ― produces another 16%. The rest is divided between agriculture, homes and other sources of carbon dioxide.

South Korea’s hunger for electricity has meant consumption levels have swelled by more than 450% over the past three decades, but solar and wind barely make up 2% of power generation. Coal and natural gas produce close to 70% of the country’s electricity, while nuclear reactors generate about a quarter. Hydro dams, oil and biomass ― typically wood-fired generators ― make up the rest.

When Moon took office in May 2017, he vowed to boost renewables while scaling back both coal and nuclear power, a sector that, despite its low emissions, is dogged by rising costs and fears of radioactive waste.

Seven months after his inauguration, Moon announced a new policy aiming to produce 20% of South Korea’s electricity from renewables by 2030. Although a March 2019 report from energy consultancy Wood Mackenzie said South Korea was likely to miss this target, finding the country was on pace to generate 17% of its electricity from renewables by 2030.

In April 2019, the Moon administration upped the target for renewables to 35% of the country’s power usage by 2040.

The government boasted that small-scale projects are turning the province of South Jeolla into a solar hub. In December, officials greenlighted plans to build the world’s largest floating solar farm on a tidal flat on the Yellow Sea.

But stricter regulations on land use caused applications for permits to build solar panels in mountainous areas to plummet from 762 in the first two months of 2018 to just 40 the following year, according to the Korea Herald. And the fishing trade, which employs about 128,000 fishers and other workers in the peninsular nation, mounted fierce opposition to South Korea’s first foray into offshore wind, threatening to stall a sector that was on pace to expand over the next few years.

The main conservative opposition in South Korea has long battled renewables. That’s in part out of sincere concerns over conservation. Last April, Rep. Yoon Sang-jick, a member of the right-wing Liberty Korea Party, accused the Moon administration of felling more than 2 million trees over the past three years to make way for new solar construction.

The primary motivation for opposing renewables, however, is the Korean conservative movement’s entrenched ties to the country’s nuclear industry.

Then came the devastating Fukushima disaster in Japan in 2011 ― when a tsunami struck a nuclear plant, setting off a reactor meltdown that displaced 50,000 people ― which dampened some of that nuclear fervour. The costs of building nuclear plants also mounted. Then, in 2013, a scandal erupted when investigators found that South Korean nuclear officials dealt with faked safety tests and accepted bribes.

In response, liberal politicians started demanding the phaseout of nuclear plants. That set up a new partisan conflict, where both sides largely agree on the need to reduce fossil fuel use, but liberals favour renewables while conservatives seek to restore the status of nuclear power.

“For conservatives, it’s a national pride up to the religious level,” said Greenpeace’s Jang, who grew up in a pro-nuclear town.

The Green New Deal could, in theory, find room for both. But the issue remains a sticking point that looks likely to make it a divisive program in the country.

The more surprising sceptics of the government’s plan may be the progressives.

Some are critical of the lack of worker representation. The committee assembled by the government to help chart a pathway to net-zero emissions by midcentury is dominated by business players and white-collar academics. Neither of South Korea’s two big labour union confederations ― the more government-friendly Federation of Korean Trade Unions and the traditionally more militant Korean Confederation of Trade Unions ― have delegates on the committee.

“Moon has been labour-friendly in terms of raising the minimum wage, and he presents himself as a benevolent leader who cares about workers,” said Kim Sun-Chul, an environmental policy expert and a member of the executive committee of Climate Crisis Emergency Action, a South Korean coalition of businesspeople and progressives. “But when it comes to maintaining relationships with trade unions, it hasn’t worked.”

The risk, he said, is that the Green New Deal will become unpopular and easy for future administrations to roll back if the program is seen as making life harder for South Korea’s working class, either by raising living costs or failing to curb air pollution.

Another big criticism is around the pace of the change. Smaller parties to the left of the government have produced their own, more ambitious proposals.

The Justice Party ― which holds six seats in the National Assembly ― has called for the closure of all coal plants by 2030, a 40% target for renewables by the end of the decade, and 10 million new electric vehicles.

The Green Party, which holds no seats, echoed those demands but went even further, calling for a ban on rich families owning more than three homes, a rapid expansion of public transit, and new rights for citizens to repair electronics and reuse more resources.

Both parties aim to halve South Korea’s emissions by 2030, the target United Nations scientists projected as necessary to keep global temperature rises from exceeding 1.5 degrees Celsius, an increase that models show would cause catastrophic weather, flooding and droughts.

While neither party has the power to implement these plans, they “could play a role in pressuring and driving the Democratic Party to achieve the original purpose of Korea’s Green New Deal policy of reducing greenhouse gas emissions and inequality,” Lee Yu-jin, a climate researcher and Green candidate, said by email.

However, the Democrats’ strong election win may mean they are less susceptible to pressure from smaller parties, which could deepen factional disputes.

But attitudes are changing. As Green New Deal thinking starts to spread, there are signs that some countries will pursue greener paths as they look to rebuild their economies post-COVID-19.

The European Union launched the European Green Deal in December, which aims to take the bloc from a high- to a low-carbon economy. In Spain, Prime Minister Pedro Sánchez won reelection last fall on a Green New Deal platform. In Latin America, opponents of Brazil’s far-right President Jair Bolsonaro are branding new environmental proposals as a Green New Deal. Africa, meanwhile, is home to the only two countries whose climate plans are in line with a 1.5-degree scenario: Morocco and Gambia.

The economic contraction the pandemic induced is projected to send demand for oil falling by 9%, coal by 8%, and gas by 5%, according to the International Energy Agency’s annual Global Energy Review report, published Thursday. Solar, however, is slated to grow by 15%, and wind by 10%.

South Korea may be the lone Asian nation to get behind a Green New Deal so far. But the country’s plan to phase out public financing for overseas coal projects would deal a major blow to one of the world’s dirtiest fuels. South Korea has been a significant coal funder in the region ― between January 2013 and August 2019, its three biggest public financing institutions invested a combined $5.7 billion in building 7 gigawatts of new coal infrastructure, much of it in Vietnam.

The South Korean plan “is not only showing regional leadership but showing international leadership,” said Mark Paul, an economist at the Roosevelt Institute, a progressive think tank in New York working on Green New Deal policy. “Korea is placing a bet on the fact that it can decarbonize its industry and be a leader in assisting other countries’ efforts to reduce emissions.”

This story originally appeared in Huffpost and is republished here as part of Covering Climate Now, a global journalism collaboration strengthening coverage of the climate story.