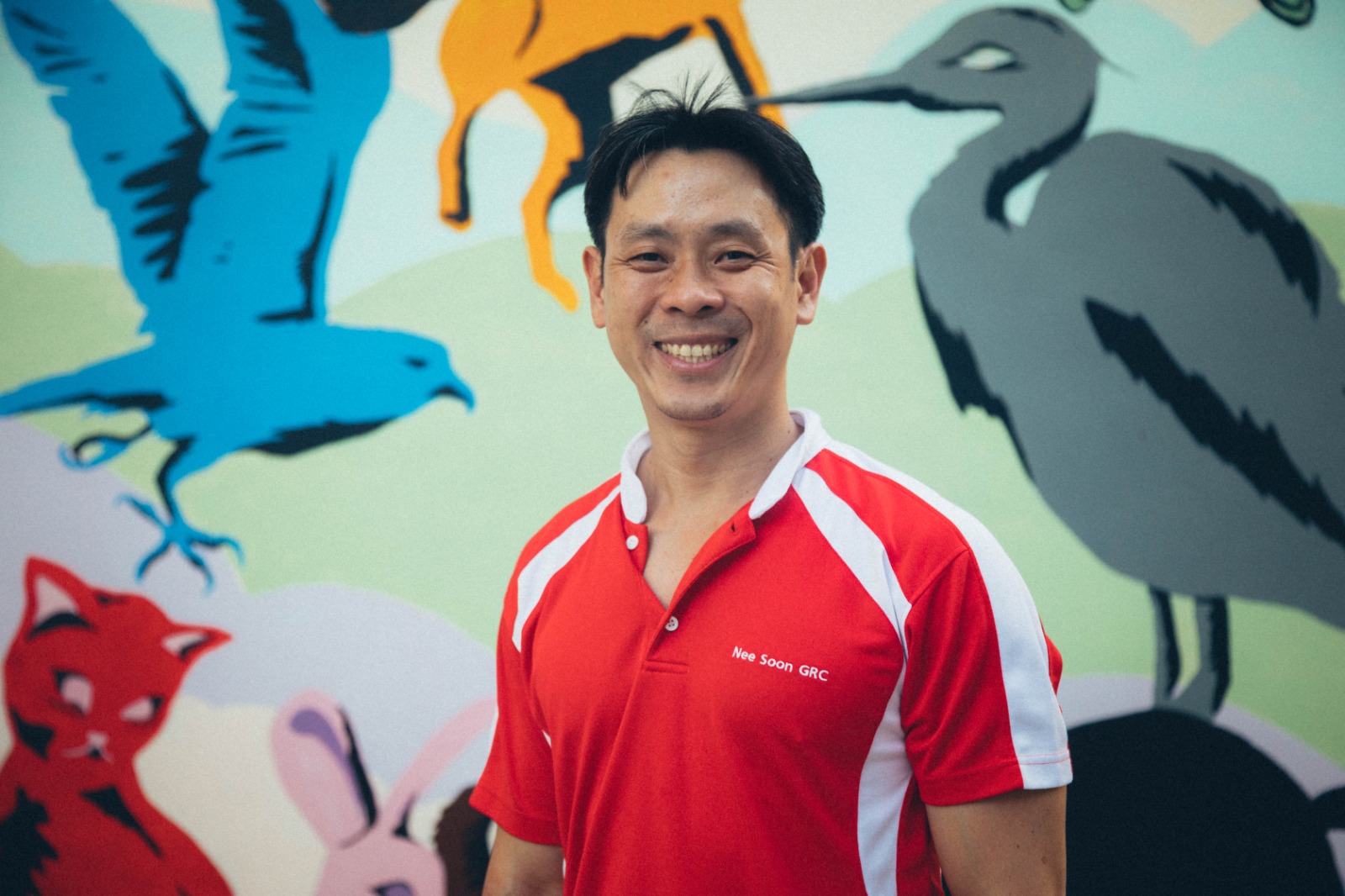 We recently caught up with MP and Founder of ACRES, Louis Ng, to chat about environmental protection, animal welfare, climate policy, the importance of individual action, and the future of Singapore.

Since 2015, Louis Ng has worked tirelessly advocating for animal welfare, environmental protection, and positive climate action within Singapore’s parliament. Prior to becoming an MP, he founded ACRES in 2001 (Animal Concerns Research & Education Society); an animal advocacy organisation that has rescued countless creatures over the years. We were lucky enough to catch up with him recently and learn more about his transition into politics, and how he continues to advocate for wildlife conservation and a greener future for Singapore.

From Activist to Member of Parliament: Louis Ng

We caught up with MP and the founder of ACRES: Animal Concerns Research and Education Society (Singapore), Louis Ng Kok Kwang, to find out how he transitioned into the world of politics, what the future holds for Singapore, and his hopes of living in a society where everyone takes action for what they believe in.

What initially sparked your interest in climate change and advocacy?

Why did you make the switch from ACRES to climate policy and politics?

I spent many years on the ground helping to meet the people sessions and doing grassroots work. And I realised there is one aspect, the advocacy work I was doing, was effective. At ACRES we were rescuing animals one by one. But I realised there was a whole new world out there where you could affect policy changes which would then help to rescue a lot more animals. I could make a difference to the lives of a lot more animals and the environment as well.

And that’s why I decided that I would remain in the advocacy circle, but take the advocacy work into parliament to fight for legislative and policy changes. In the next few weeks, we’ll be announcing the Wild Animals and Birds (Amendment) Bill.

Can you share more about climate change and animal welfare policies that are currently keeping you busy?

The Wild Animals and Birds (Amendment) Bill has kept me very busy. Looking back, it sounds crazy, but I started this process 14 years ago. I wrote to the government in 2006 to amend this act and I’m glad 14 years later I will now introduce the amendments in parliament. And that really will bring into effect greater protection for wildlife here in Singapore, and greater protection for the environment as well.

Another thing I’m looking to introduce now is the good Samarians food donation act. It will help to address food waste, while at the same time help provide free meals to people who cannot afford to eat. It’s the best of both worlds when we can merge helping people with helping the environment together into one piece of legislation.

Are there similarities between being an activist and being a politician?

This was the strangest thing when I announced my entry into politics – a lot of people, including the media, questioned: “how can an activist become a politician?” And that’s strange to me. I feel my role as an MP is exactly the same as my advocacy role within ACRES. And my role now is to mobilise people to speak up.

Why is it important for Singaporeans to connect with nature and care about animals?

I actually just delivered a speech about this. Yes, it’s important that we have a good economy, good jobs for people, good education, and good healthcare, but all that will come to nothing if we don’t have a planet to live on. And that’s why it’s so important; everything is connected.

There is no planet B and I think that’s what we need to focus on and drive towards. We really are in a climate emergency and it really is an existential threat. It’s getting hotter and hotter now (in Singapore) and if we don’t tackle it, everything will come to waste because we won’t have a healthy planet to live on.

Is it easier to push climate issues now, rather than 20 years ago? Have you seen a shift in how people are responding to it and are they more receptive to the idea of policy change?

I think there has been a fundamental change thanks to social media. When I started ACRES 19 years ago, there wasn’t social media. It was hard to get the message across. And I remember I gave a media interview, where I said: “once people become aware of the issues and what is going on behind the scenes, I have no doubt they will take action”. And that’s what I see with the animal and environmental protection movement. Once people become aware, they really are inspired to take action. And I see that with climate change now; the government, over the last four years, is really focusing on climate change issues and tackling it. Not just adapting to it, but trying to mitigate it. We announced in last months budget that we’re now focusing on a low carbon and low emission economy. That’s a big win that many of us have been fighting for a long time.

What can you tell us about Singapore’s NDC, and are we on track?

I think we’re heading in the right direction now in terms of tackling climate change. Again we have to adapt. There is no doubt that the sea level will rise, but at the same time, we need a strong focus on mitigating. So we’re greening our fleet of cars and buses, greening our buildings, increasing use of solar, cutting our emissions from industry, having a carbon tax that we’ll be starting to collect this year. Hopefully, all of that will collectively result in decreasing emissions. But at the same time, I think the stronger focus has to be on how we can mobilise people. So not just the government taking action, and private companies taking action, but how the public can join in and help us all fight climate change. That I think will be the next strongest push.

What would you encourage individuals to do right now?

There is plenty people can do. Buy energy-efficient appliances, use less aircon, and utilise public transport instead of driving everywhere. We live in a pessimistic society where one person thinks they can’t make a difference.  But one person CAN make all the difference, it has to start somewhere. That’s why I started ACRES. Everyone can do one little thing. It might not save the planet overnight. BUt together, if everyone were to do it, we will save our planet.

Do you think we can transition to a post-oil climate?

No doubt about it and we are moving towards it. We have shared already that we have agreed to green our entire private car fleet and bus fleet by 2040. The days of petrol stations will soon come to an end. We’re really focusing a lot on solar, and we are slowly but surely moving away from fossil fuels.

What do you hope for the future of Singapore?

I hope that we live in a society where everybody takes action, where everybody speaks up about issues they are passionate about, and most importantly everyone comes together to fight the issues and find solutions together. 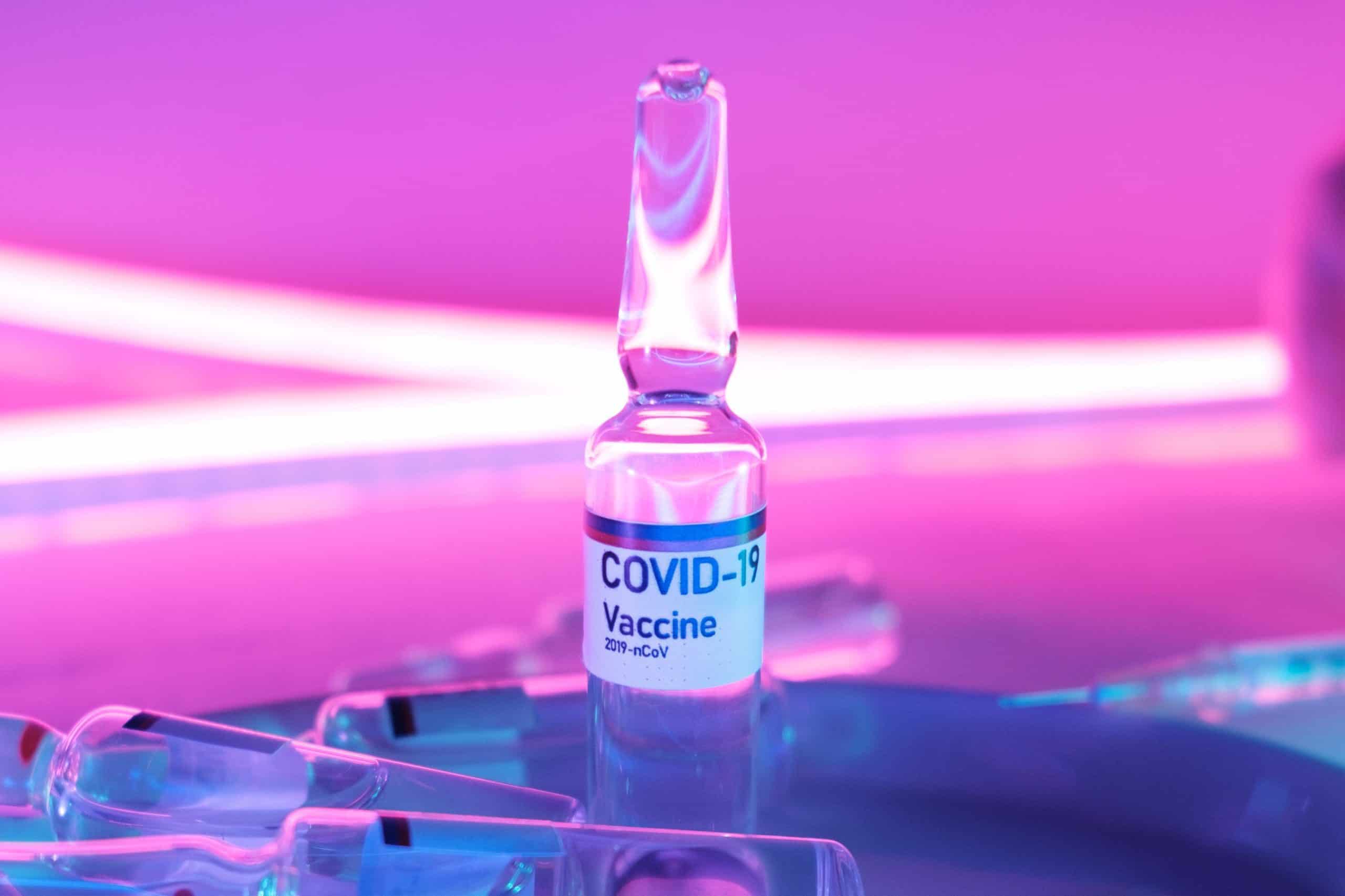 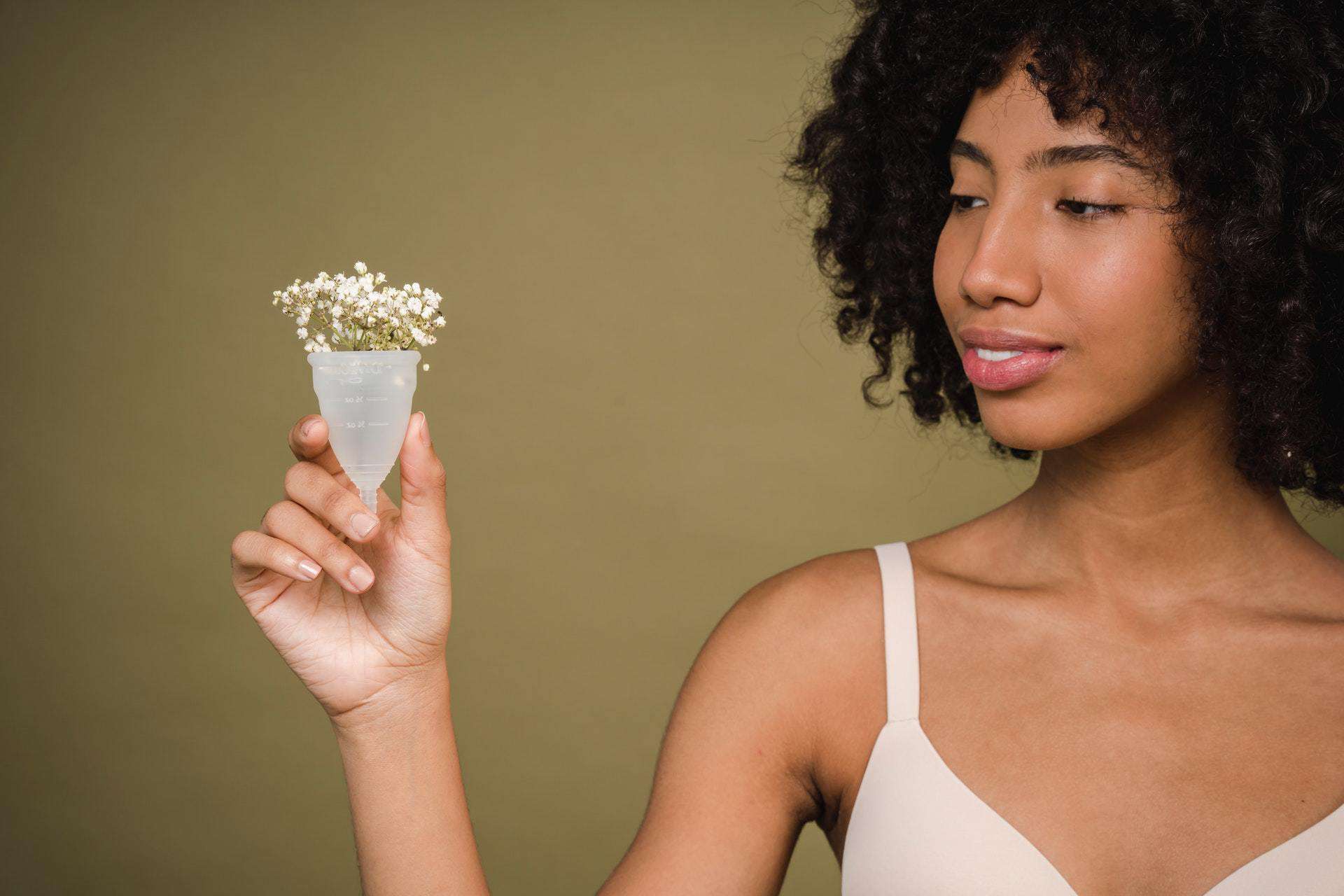 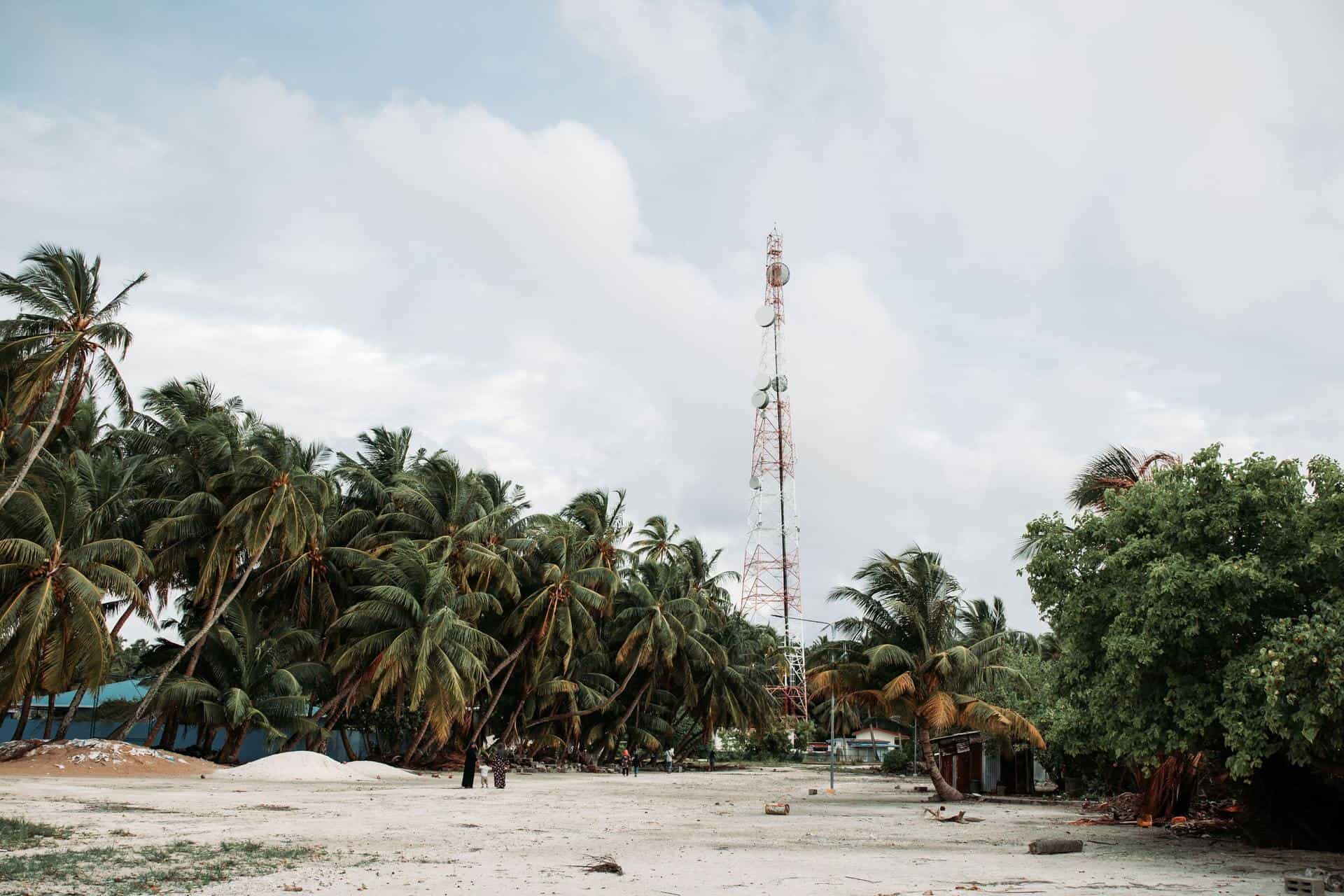