Home » Conscious Guides » Eat » Is your Easter chocolate funding slavery? Investigating the dark side of your favourite treat

Is your Easter chocolate funding slavery? Investigating the dark side of your favourite treat 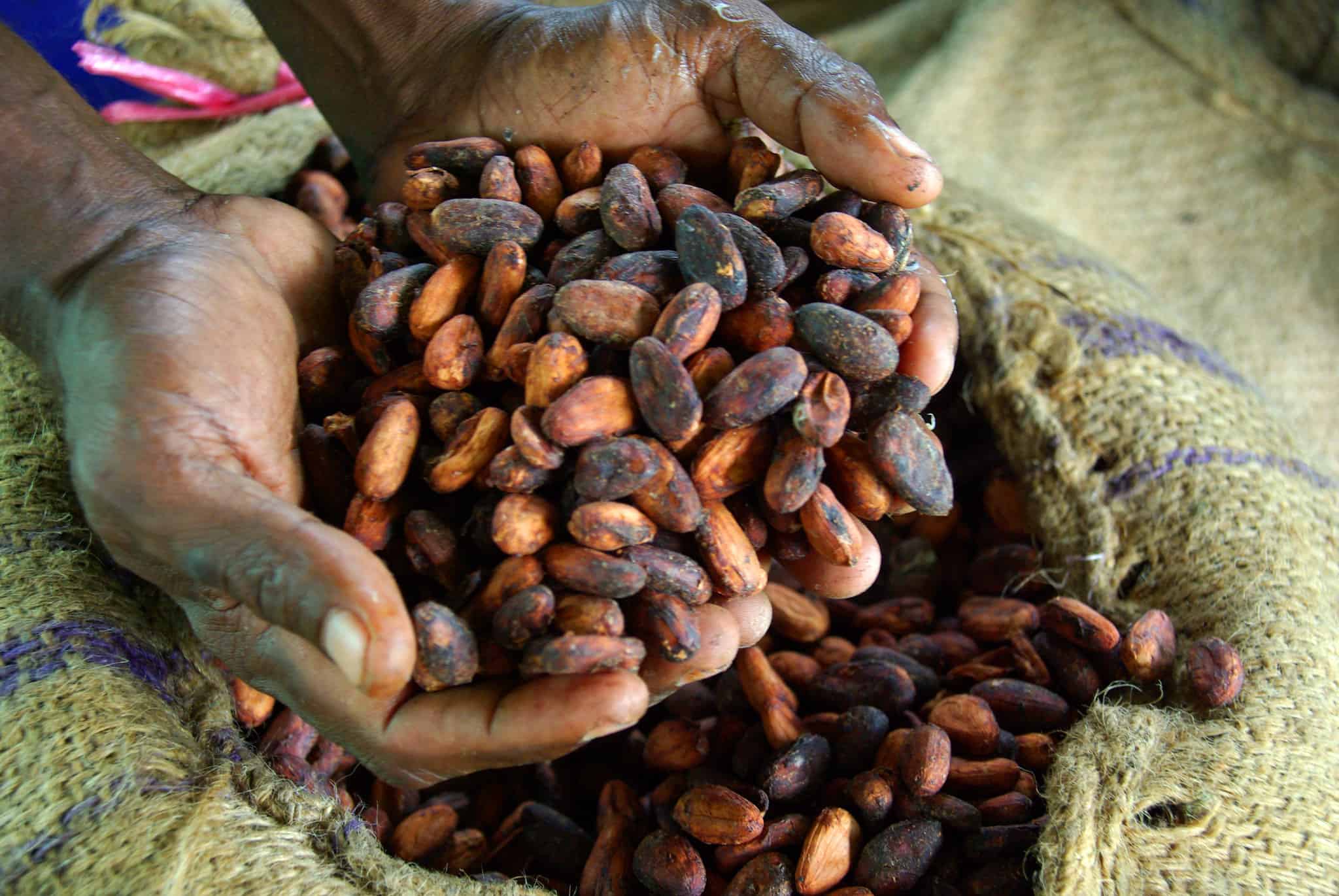 An outraged mom attempted to shock the internet earlier this week by revealing how much sugar is in a single Cadbury’s Creme Egg. Twitter’s hilarious responses were not quite what she was expecting. While you might not be surprised that most chocolate contains a lot of sugar, it may shock you to learn just how much the chocolate industry continues to turn a blind eye to child slavery in its supply chain.

Known for its melt in your mouth texture and associated with luxury and indulgence, chocolate is a $60 billion global industry. It is enjoyed all across the Global North and in countries like Belgium and Switzerland, chocolate treated as an art form.

Yet despite decades of investigation and lobbying, chocolate titans have done little to eradicate child labour and abuse from their supply chains or to compensate survivors. According to Food Empowerment Project, there are almost 2 million children exposed to the “worst forms of child labour” on cocoa farms.

Heavenly to eat, hell to grow

Cocoa requires a very specific climate to grow and thrives around the equator. Most of the world’s chocolate, around 70%, comes from cocoa grown in West Africa – primarily Côte d’Ivoire and Ghana. Cocoa is grown and harvested by small farmers, often living below the poverty line on less than $1 a day. Communities, where cocoa is farmed, are usually in rural areas with poor infrastructure, no running water or electricity. The farming work is tough – it is done by hand and cocoa pods are cut open using machetes.

Cocoa passes through many middlemen, including those who transport it from the farms and who regularly take it before paying or do not pay up at all. When they do, they pay cash and desperate farmers are left with little choice but to accept whatever they are given.

It takes millions of tiny family-owned farms to grow the 2 million tons needed per year to meet global demand for chocolate and they have no bargaining power. Corruption is rife and exploitation built into the business model. Côte d’Ivoire produces 40% of the world’s cocoa, which accounts for about about 10 -15% of GDP and two-thirds of jobs in the country. In Ghana, it is estimated that there are around 5.5 million farmers growing cocoa.

Cocoa traders control the prices – there are around ten of these trading companies that dominate the industry and almost all commercial chocolate passes through them. The three biggest traders are Cargill, Barry Callebaut and Olam. In 2017 the trader predicted a surge in demand for chocolate in the Asian market and prices went up in anticipation. Farmers moved quickly to the meet expected increase in demand and grew more cocoa, sometimes taking out loans and burning other crops or tree to do so. But the forecasts turned out to be incorrect and there was much more cocoa than needed for the market. Prices plummeted by over 30% and overnight farmers income fell by a third. This has still not recovered, and chocolate business who are now getting their raw ingredients cheaper than before and not passing that saving onto farmers or consumers – they are keeping it as profit.

In 2000, a British documentary Slavery: A Global Investigation exposed slavery in the chocolate supply chain. The disturbing footage and harrowing personal stories caused outrage globally and many governments threatened boycotts. The wealthy and powerful chocolate companies lobbied hard against these boycotts – and won. They responded with promises to fix the broken system by 2005, but in 2021, most of those commitments have been all but forgotten. Non-profit, Anti-Slavery, defines eight forms of modern slavery including Human Trafficking, Forced Labour, Child Labour all of which are evident in claims against the biggest names in chocolate.

In addition to the widespread labour abuses, cocoa-growing is causing major issues for the environment. Poverty is a significant driver of deforestation in West Africa. Forests and even protected national parks are levelled or burned down to make way for more cocoa trees. The Ivory Coast has lost a calamitous 85% of its forests since 1990.

Eight young adults from Mali in West Africa, represented by International Rights Advocates (IRA), are seeking compensation for the suffering they experienced as child labourers. Chocolate brands Nestlé, Mars and Hershey have all been named as defendants in the child slavery case, the first of its kind in a US court.

The plaintiffs’ accounts of child labour paint a heartbreaking picture of life in West African cocoa farms. Trafficked as young children in Mali and brought to the Ivory Coast, they were forced to work in unimaginable conditions; isolated from other children, working with machetes and dangerous pesticides without protective gear, forced to work long hours with very little food and all for no pay. All under 16 at the time, the plaintiffs allege that their papers were taken away and they were trapped with no way back home to their families in Mali. 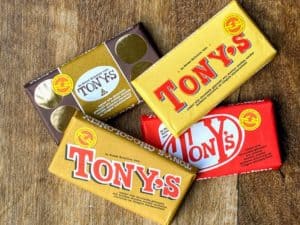 Dutch brand, Tony’s Chocolonley, is determined to do things differently. They have direct links to farmers in their supply chain and ensure they are paid a fair wage. Tony’s is on a mission to eradicate slavery in the chocolate industry and they are not afraid to call out a few names while they are at it!

If these chocolate bars remind you of some fan favourites – that is because the limited edition Sweet Solution bars were throwing some not so subtle shade at one of the industry’s worst offenders – Nestlé. Unsurprisingly, Nestlé did not respond favourably and rumours abound that they pressured Sainsbury’s, a leading UK supermarket, to pull the products from their shelves or risk termination of their contracts.

What to look for when buying chocolate

While it’s clear that most household names are complicit in some pretty nasty practices, it is still possible to source responsibly produced chocolate. The Ethical Consumer website advises looking out for certifications like Rainforest Alliance or Fairtrade when selecting your next sweet treat. You should also check the companies website for transparency around which country they source their cocoa from and links to the farmers. If they cannot trace their cocoa back to its origins, this is a big red flag and a sign that they are not committed to a fair and ethical supply chain.

To learn even more about chocolate, and global food supplies overall, check out the Netflix documentary series, Rotten. 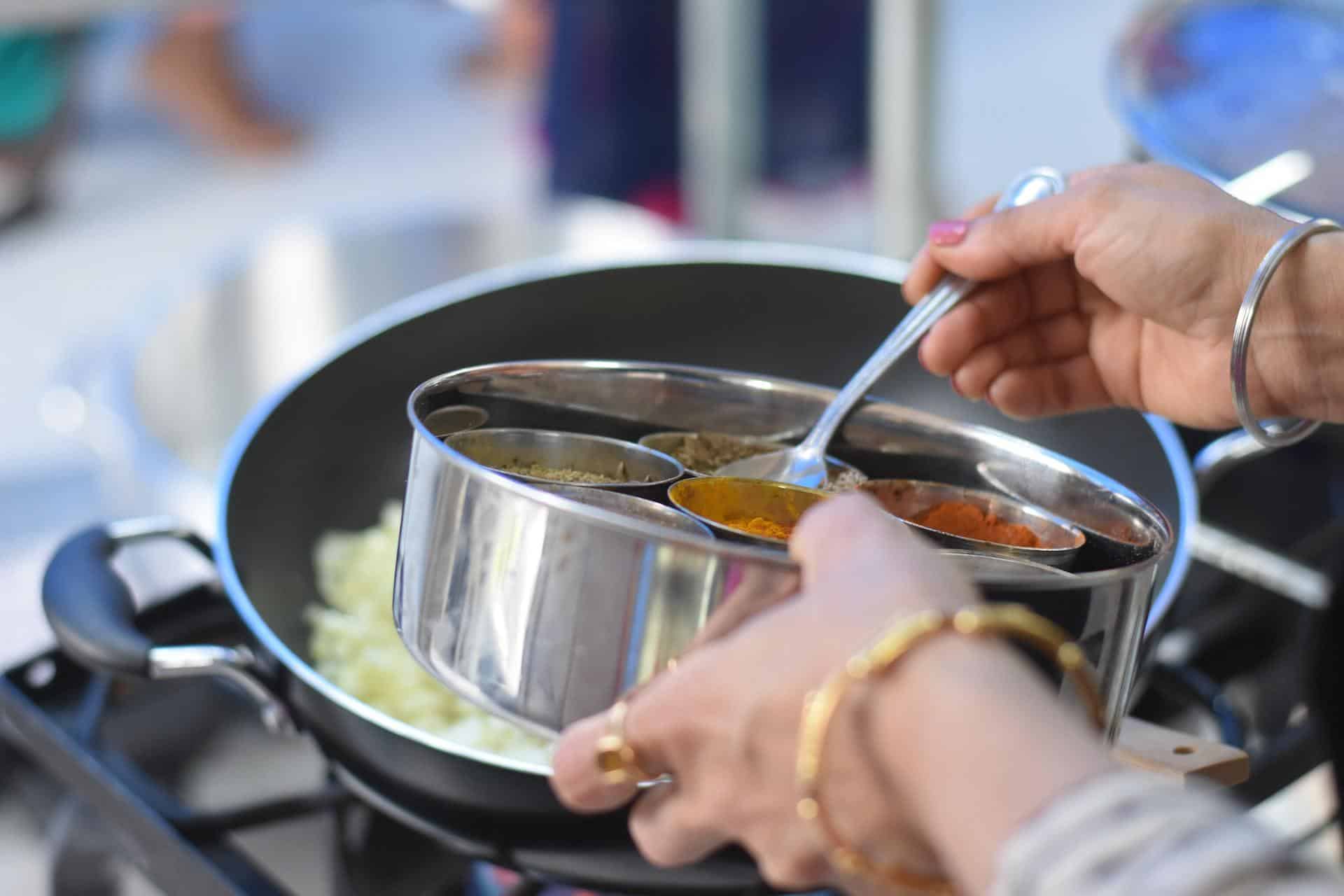 Veganuary had its most successful year, yet meat consumption continues to rise 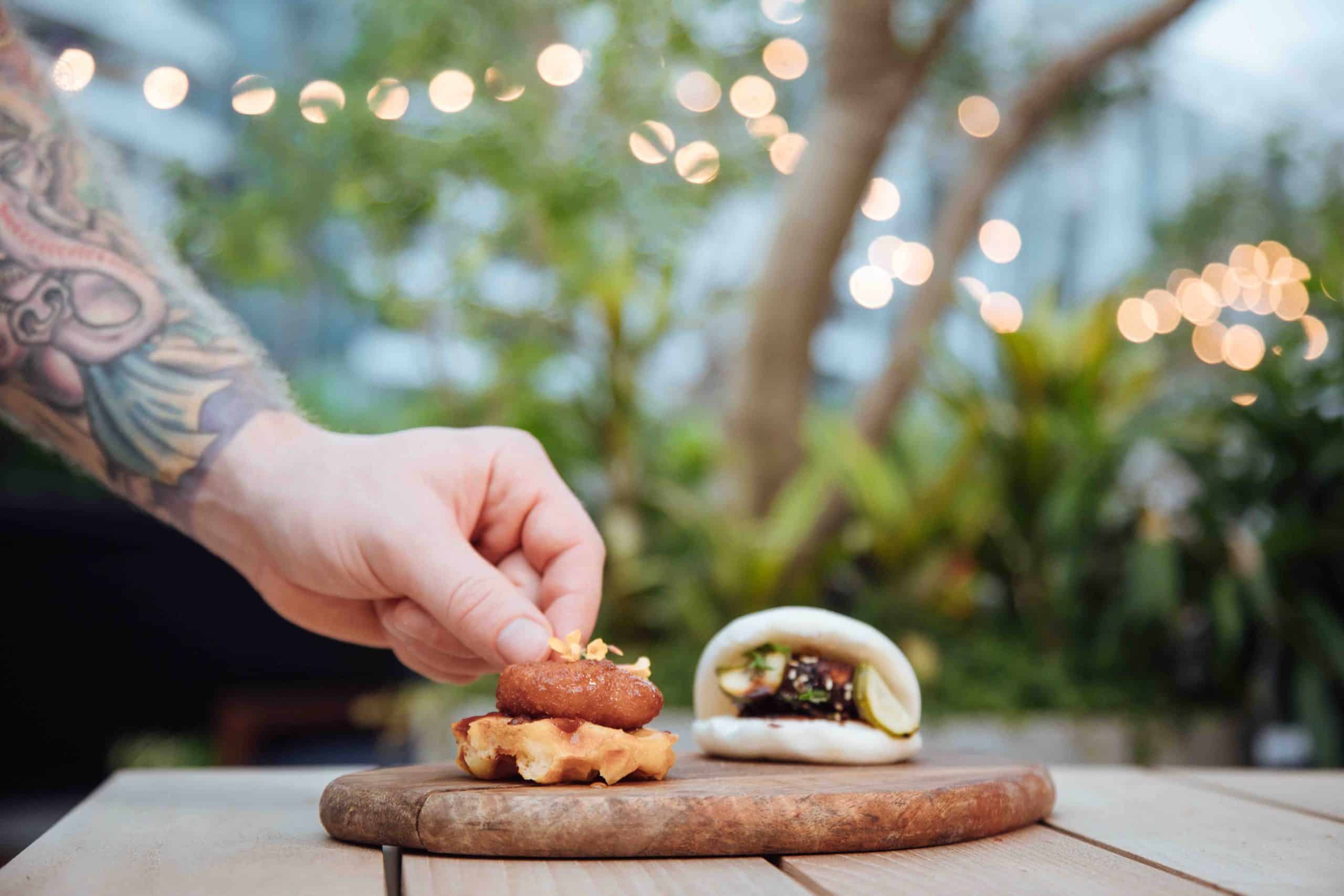 OPINION: Is the Future of Meat is Lab-Grown?