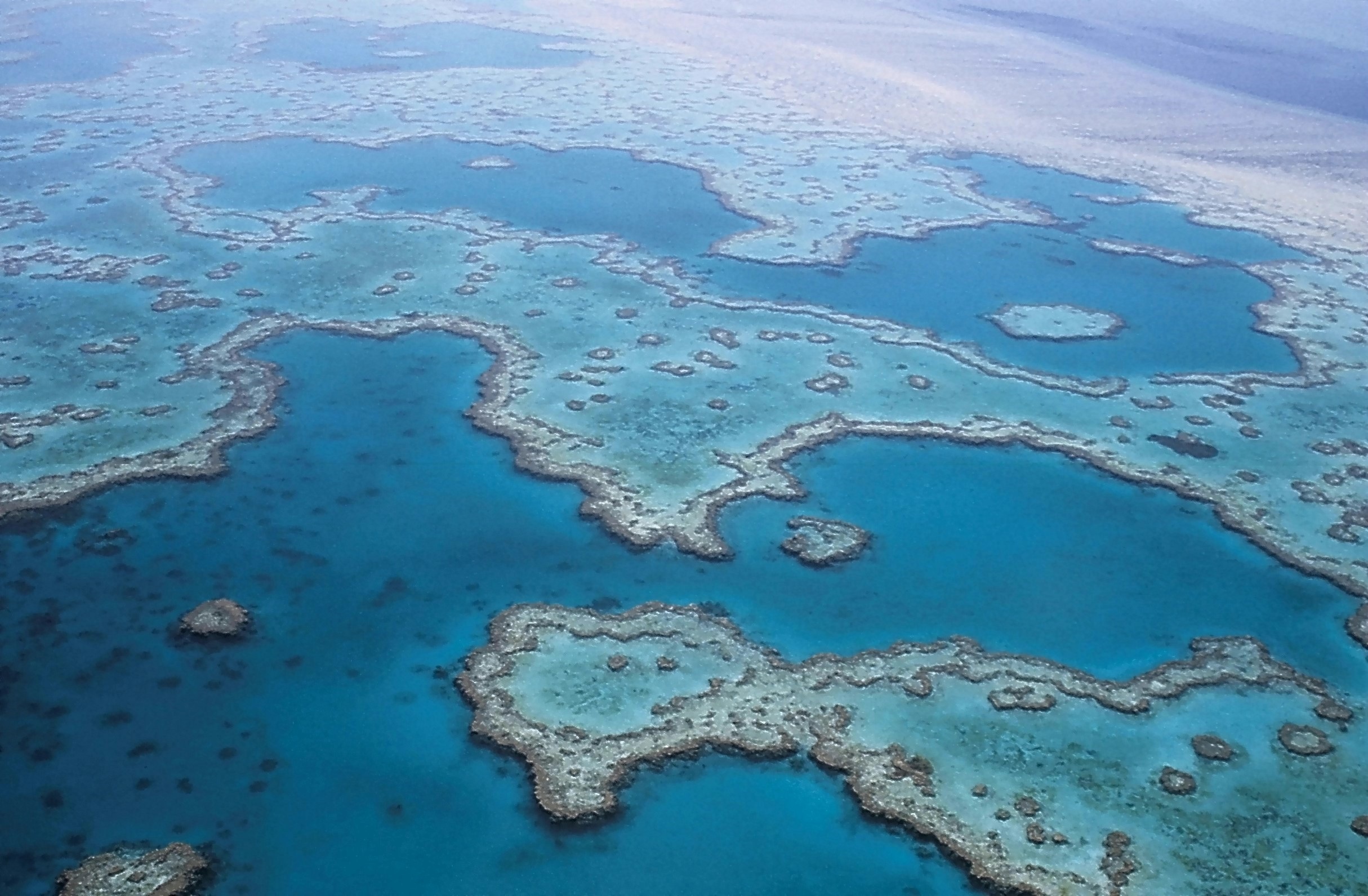 The Great Barrier Reef is the world’s largest coral reef system. It is also a UNESCO world heritage site and one of the seven natural wonders of the world. Off the northeastern coast of Australia, the Great Barrier Reef stretches 2,300 kilometres and covers 344,400 square kilometres. So, it is roughly the same area as Japan, Germany, Malaysia or Italy.

Coral Reefs and the Climate Crisis

Coral reefs are one of the most biodiverse habitats in the world – home to nearly 25% of all ocean species. However, they occur in less than 1% of the ocean. As we celebrate World Oceans Day, we need to remember that the climate crisis is devastating our world’s coral reefs. Oceans absorb more than 90%of the extra heat trapped by human-made, heat-trapping greenhouse gases (e.g. carbon dioxide, methane, nitrous oxide). (Intergovernmental Panel on Climate Change, IPCC)

Prolonged high water temperatures, among other factors, can cause coral polyps to expel the symbiotic algae (zooxanthellae).  These algae live in the corals’ tissues, help the corals produce food and provide corals with their unique, captivating colours. Without the algae, coral bleaching occurs. This puts the health of the whole reef system at risk. The Great Barrier Reef suffered back-to-back bleaching events in 2016 and 2017, which killed about half of the corals on the north and middle regions of the Great Barrier Reef.

Also, oceans play a critical role in storing climate-heating carbon dioxide. However, this is making oceans more acidic. One impact of ocean acidification is that it is more difficult for ocean creatures – like plankton, corals, and shellfish – to produce calcium carbonate, the main ingredient in their hard skeletons or shells. (EPA) 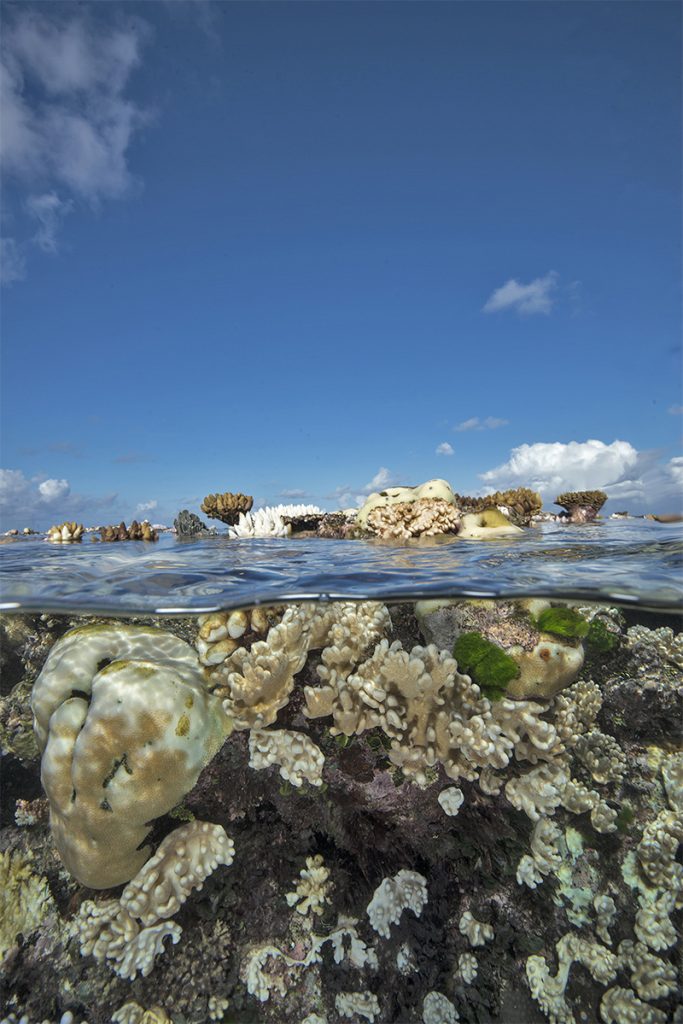 Today, human activities have already warmed the planet about 1°C (1.8°F) since the pre-industrial era. The climate crisis is already impacting many parts of the world. Moreover, the countries that are the most vulnerable to the climate crisis tend to be the least responsible for causing the crisis.

Requested by the signatories to the Paris climate agreement, the United Nation’s IPCC issued a special report in October 2018. The report sets out the vastly different impacts of global heating of 1.5°C, versus 2°C, above pre-industrial levels. Half a degree may not sound like much but it makes a world of difference.

Impacts of 0.5°C, according to the IPCC report

> Extreme heat – Extreme heat will be much more common worldwide at 2°C, as compared to 1.5°C, with highest increases in the tropics.
> Sea ice-free Arctic summer – At 1.5°C, one sea ice-free Arctic summer is projected per century. This increases to at least one per decade at 2°C.
> Sea-level rise – Sea-level rise would affect 10 million more people by 2100 (with 10cm more sea level rise) at 2°C, versus 5°C, amplifying the impact on small islands and low-lying coastal areas.
> Droughts, rainfall, flooding – Droughts, rainfall and flooding risks are higher at 2°C, as compared to 1.5°C.
> Species – Of 105,000 species studied, 6% of insects, 8% of plants and 4% of vertebrates are projected to lose over half of their range at 5°C, compared with 18% of insects, 16% of plants and 8% of vertebrates at 2°C.
> Water scarcity – At 1.5°C, the proportion of the global population exposed to water stress could be 50% lower than at 2°C, although there is considerable variability between regions.
> Food scarcity – Global crop yields are expected to be lower at 2°C, as compared to 1.5°C, particularly in sub-Saharan Africa, Southeast Asia, and Central and South America.
> Climate-related risks and poverty – Limiting global heating to 1.5°C, compared with 2°C, could reduce the number of people both exposed to climate-related risks and poverty by up to several hundred million by 2050.
> Coral reefs – Coral reefs are projected to decline by a further 70 – 90% at 1.5°C, with larger losses of >99% at 2°C. The risk of irreversible loss of many marine and coastal ecosystems increases with global heating, especially at 2°C or more. 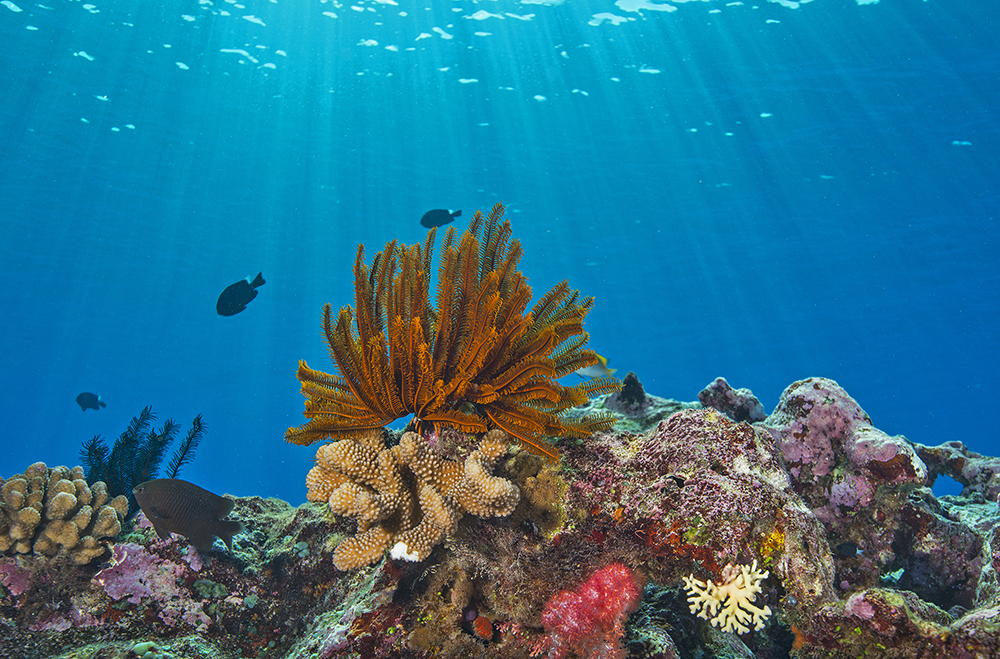 The most important thing that humanity can do is to cut greenhouse gas emissions as fast as possible. The good news is that the solutions are available now – here are a few examples:

> Renewable energy – A rapid and just transition to renewable energy, away from fossil fuels (e.g. coal, oil, and natural gas), helps to address the climate crisis and makes economic sense as the costs of renewable energy have reduced substantially. International Renewable Energy Agency predicted in January 2018 that the cost of renewable energy should be equal to, or cheaper than, fossil fuels by 2020. Its latest report released on 29 May 2019 suggests that this prediction is on track.
> Electric vehicles and infrastructure – For example, China is surging ahead in the electric vehicles sector including the electric vehicle supply chain.
> Energy efficiency standards – for buildings and goods/equipment and fuel efficiency and emissions standards for vehicles.
> Emissions standards for buildings and sustainable buildings.
> Carbon pricing policies.
> Ending fossil fuel subsidies – Fossil fuel subsidies mean “using taxpayers’ [or] our money to boost hurricanes, to spread droughts, to melt glaciers, to bleach corals.” António Guterres, United Nations Secretary-General, said this at the Austrian World Summit on 28 May 2019.
> Natural climate solutions – For example, stopping deforestation and protecting forests, wetlands, peatlands; reforestation; rewilding; regenerative agriculture.
> Sustainable urban farming – vertical farming.
> Reducing the use of plastic – Fossil fuel feedstocks are used to make plastic – plastic is a product of oil and gas companies. Reducing plastic will not only mitigate the massive plastic pollution, but it will also help to address the climate crisis. For example, many countries, states, cities, and events have introduced bans on types of plastic; many zero-waste stores have opened in various countries; some supermarkets in Thailand and Vietnam are using banana leaves instead of plastic to wrap fruit and vegetables.
> Circular economy – Many companies and cities are adopting circular economy principles – moving away from a linear waste economy – e.g. reducing use of virgin materials, keeping resources in use for longer, extracting the maximum value from resources while in use, recovering materials at the end of life and supplier responsibility for their materials, recycling, upcycling, designing out waste, and new circular business models such as renting, product as a service, and > TerraCycle’s Loop initiative ‘milkman model’.
> Other innovations – For example, plant-based alternatives to meat (e.g. the Beyond Burger by Beyond Meat) and dairy, and biodegradable alternatives to plastic (e.g. The 2019 London Marathon had Skipping Rocks Lab’s Ooho! edible and biodegradable seaweed pouches to reduce plastic bottles).

We can all join the front line

Coral reefs are on the front line of the climate crisis. And the world is currently on track to far exceed 1.5°C. Even if each country meets the emissions pledges and targets that it has currently made, the world is still on track to warm about 3°C above pre-industrial levels by 2100, according to a report by Climate Action Tracker in December 2018. Other estimates say the temperature increases could be even higher.

We have climate solutions now but political leadership is lacking in too many places. A number of cities, states and organisations around the world have been taking action and leading the way. We can each use our power as consumers, voters, students, employees, founders, shareholders to call for urgent climate action. We also need to help protect ocean species and all life on Earth – for present and future generations. “Humanity is united by the ocean”. My hope on World Oceans Day is that the ocean connects humanity to act on climate. We have the solutions now – it is a question of will. 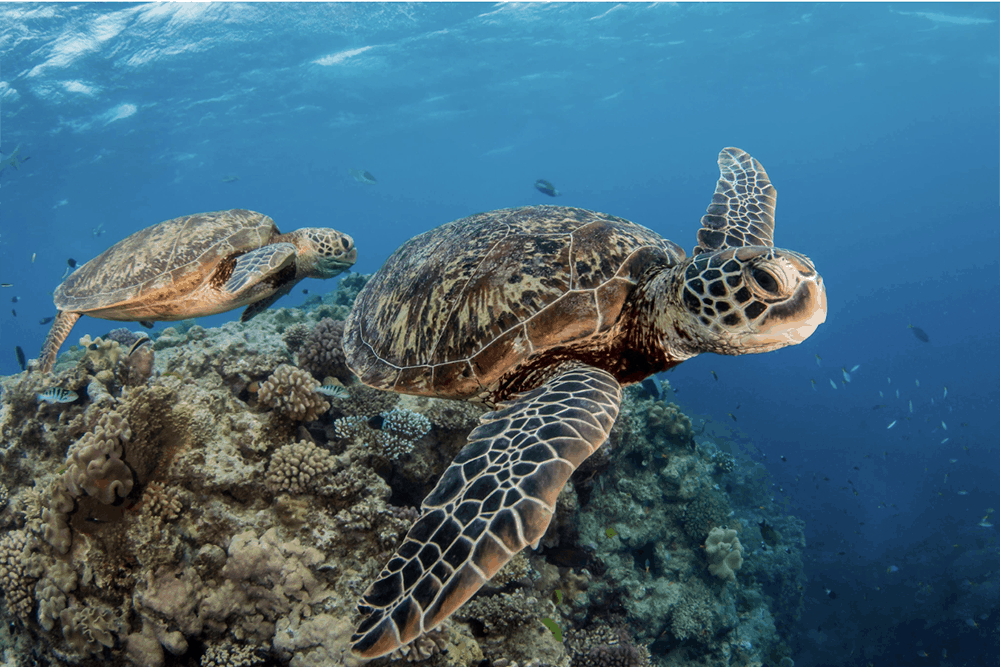