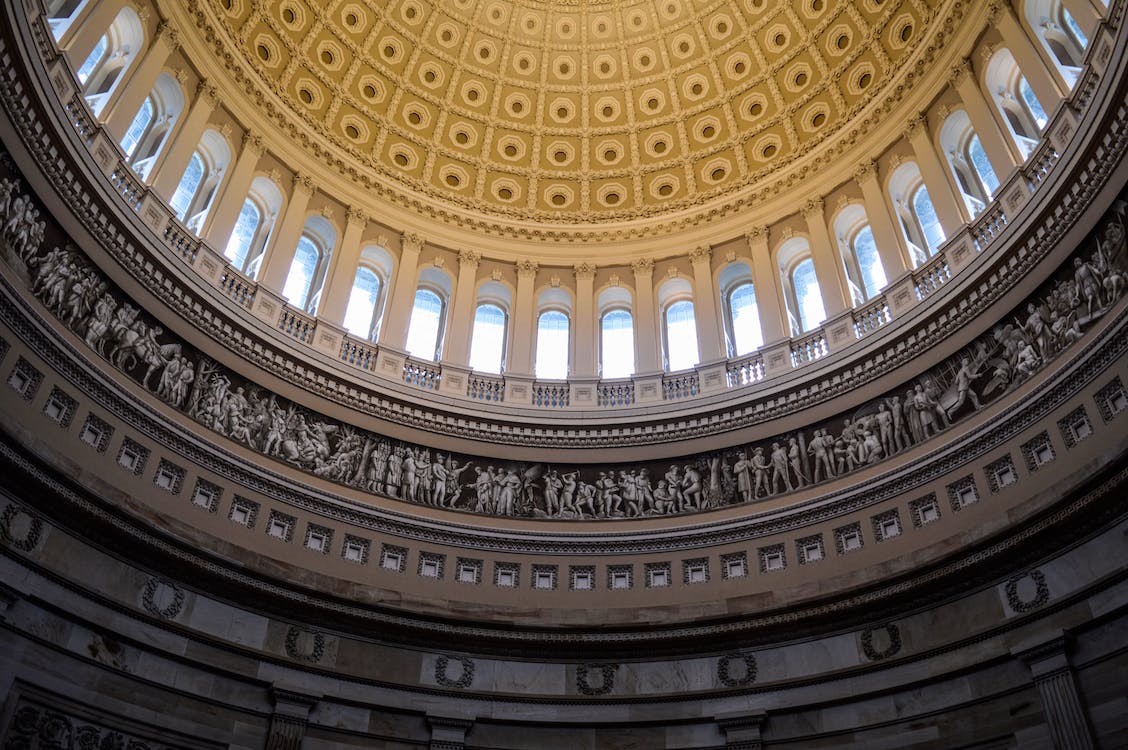 Should We Celebrate the Newly Minted Inflation Reduction Act? Here’s What We Know.

In the past few weeks, you may have heard of the US Senate passing one of the most significant bills concerning climate change. The Inflation Reduction Act of 2022 (IRA) aims to tackle global warming considerably with its $369 billion in funding for sustainable energy, electric vehicle tax cuts, local manufacture of batteries and solar panels, and pollution reduction. There’s no other way to say it, but it’s a pretty big deal. Let’s look at it more closely.

The bill, which was 18 months in the making, was brought back to life by Senate Democrats in a nearly dramatic fashion with its 50-50 initial vote, which prompted Vice-President Kamala Harris to break the tie and officially let the bill pass.

Democrats claim that the bill itself would alleviate voters’ primary economic concerns or worries, however, Republicans argue that the Inflation Reduction Act could possibly and ironically lead to higher prices.

Despite the fact that the bill itself is much different from what a number of Democrats, and President Biden had originally asked for, the president calls it a “compromise”, and notes that “it’s often how progress is made”. Furthermore, he went on to specifically tell Congress that it’s the “strongest law [they] can pass”.

However, what exactly is inside the Inflation Reduction Act? And can we actually benefit from it in terms of tackling climate change?

While the IRA itself is intended to provide essential financing initiatives to reduce the cost of prescription medications and for investments in sustainable energy, a significant portion of the Inflation Reduction Act’s expenditure aims to tackle climate change.

In addition, most of the important provisions of the House’s Build Back Better Act are preserved in the bill, including tax incentives for homeowners to install solar panels and buy electric vehicles and support for domestic renewable energy production.

A major part of the deal intends to lower the cost of solar, wind, heat, and other sustainable technologies, including cars. The goal here is to encourage as much renewable progress and growth in the sectors that account for the lion’s share of emitting pollutants, which are transportation and the energy-generating industry.

For example, until 2032, buyers of electric automobiles would get $7,500 for a brand-new vehicle and around $4,000 for a used vehicle, albeit subject to income and manufacturing constraints, with one of them being that the vehicle has to be made in North America. Another positive component is that, in the past, taxpayers would have had to claim the credit on their taxes, but beginning in 2024, buyers may deduct it off the purchase price of the vehicle.

Interesting EV tax credit details in the new Manchin deal: $7.5k credit per new vehicle and $4k for a used EV (or 30% of price, whichever is less). The credits expire at the end of 2032—with no manufacturer caps. A bunch of new limitations include 🧵1/

For the next ten years, homeowners can get a tax credit equal to thirty percent of the cost of approved improvements that make their homes more airtight or increase the energy efficiency of their appliances. The legislation caps the total yearly amount to $1,200, with a few exceptions. The bill also makes it clear that they have to “meet or exceed the highest efficiency tier” of the Consortium for Energy Efficiency, a nonprofit standard-setting group.

On the other hand, tax credits of up to $2,000 are available for the purchase of an energy-efficient electric or gas-powered heat pump for space heating and cooling or a heat pump water heater.

The Inflation Reduction Act’s programmes, tax credits, and levies will hopefully push the US economy toward a more rapid transition away from fossil fuels by the decade’s end. Another game-changer from the bill comes from Congress’ establishment of certain industry-wide limitations on methane leaks. Oil and gas corporations that release more than a specific threshold of methane across all activities trigger a tax that will rise over time. There is also a new royalty fee for any methane that is collected from public lands, even if it is vented or burned off.

If you’re a homeowner and have been putting off the idea of installing solar panels, the Inflation Reduction Act hopes to make installing solar panels more financially rewarding to encourage the use of sustainable energy. Besides, even if you’re just renting, now might be the time to convince your landlord to install some.

The tax credit was increased by the new law to 30% immediately and will remain at that level for the next decade before gradually decreasing.

Similarly, the deal further extended the tax credit for residential battery systems with a storage capacity of more than 3 kilowatt-hours. This will allow solar-powered homes to continue running on green energy without full dependence on the sun and weather.

Ultimately, and arguably most importantly, the bill boasts that no one making under $400,000 will pay a cent more in taxes. This should be enough for everyone to back it, right?

It’s been said that while it’s not the Green New Deal, it’s still a great beginning. And while it’s also easy to find comfort in the proposals (which could ease some of our eco-anxiety), many are still critical. And as they should.

Jerry Haar, Wilson Center Global Fellow, Professor and Executive Director for the Americas, Florida International University, calls the IRA a mixed bag, with it being “more akin to a Rorschach inkblot since one sees in it what one wants to and interprets it accordingly.”

He continues to say, “To begin with, carbon emission reductions are much less than committed to under the Paris Agreement. The health care premium reductions for low- and middle-income Americans are not permanent, and the 15% minimum tax on corporate income is meaningless since there are a myriad of provisions in the IRS tax code that will allow companies to pay less than 15%.” Haar understands that the bill is not “an apocalypse nor a panacea,” and that “the fairest grade one could give the recently passed IRA is C +”.

He’s not the only one that thinks in a similar fashion. Greenpeace USA senior climate campaigner John Noël thinks that the bill is “a lot of money,” and that “If you’re still exporting that much fossil fuel, it does not matter how many electric vehicles are produced domestically.”

In hindsight, while the criticisms could seem a little harsh, the repercussions of the bill, if not done right, are huge. The most serious issue with the IRA is that it could effectively lock in carbon bombs for ten years through oil and gas leases. If the bill is implemented, every year for the next decade, any new wind or solar projects on public lands or seas would be required to give at least 2 million acres and 60 million acres for oil and gas leases.

Another valid point raised by Yonah Freemark, senior research associate in the Metropolitan Housing and Communities Policy Center at the Urban Institute, is that the bill essentially encourages reliance and dependence on automobiles in the US, and that “people are simply told to buy a car and nothing else.”

On the other side of the coin, Jesse Jenkins, who works on Princeton University’s REPEAT project, which analyses the effect of government action on climate change, told NPR last month that while it doesn’t get us all the way there, the bill helps to keep us in the climate fight and that he’s optimistic.

I just got a text from a friend who works on energy policy in Montana saying the Inflation Reduction Act basically took their goals from impossible to achievable in one day.

There’s no doubt that this bill is groundbreaking. Whether you support it or find it too expensive, or are simply hoping for the best, it’s true that it can be challenging to reconcile with the pros and cons of the agreement.

However, as always, the best we can do is to remain hopeful and continue to advocate. After all, we should be thanking climate activists for the bill, instead of politicians.

True, the Inflation Reduction Act is insufficient, but thanks to the sheer hard work of activists who are completely invested in fighting for a better world, one day there will be laws and regulations that can bring visions like the Green New Deal to life.

The passing of this bill is proof that no matter how many obstacles or mockery (re: Greta Thunberg) we face in trying to campaign and advocate for a greener, more sustainable future, government bodies, and corporations have no other choice but to listen to and adjust to the voices of the future.

So if you’re reading this and unsure of whether the IRA is a win or a bust, it doesn’t really matter, because we should accept any positive action that comes our way, and continue to fight harder and smarter.

Green Me If You Can: Robert Reed – Recology