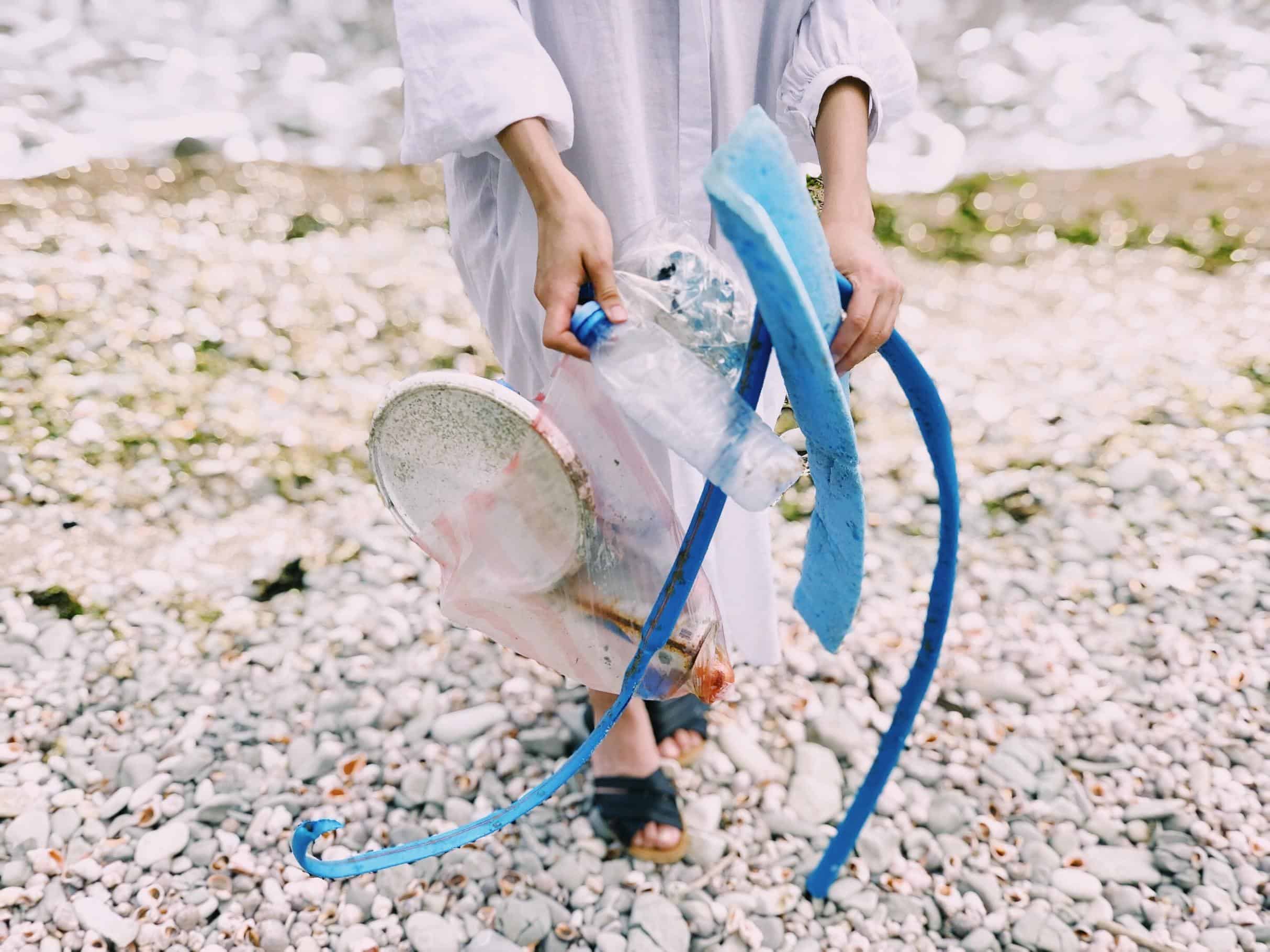 Let’s talk about Singapore’s blue bins for a minute. They have the best intentions, but does anyone really know how to use them? GRAVO is here to help by putting recycling at your fingertips (literally, it’s an app you can scroll through just like Instagram).

Singapore has a garbage crisis, and this is best defined by one hugely talked-about (and terrifying) fact: Singapore sends about 200,000 tonnes of solid waste and incinerated ash to the Semaku landfill each year. At this rate, we’ll run out of space by 2035. Singapore has a well-resourced National Recycling Program that endeavours to keep Singapore clean and green. That said, it’s not without its challenges and drawing awareness to this is the first step to improving them.

Fortunately, there are a lot of brilliant people out there who are trying to do something about it, like GRAVO (or the Green Ravolution). In itself, GRAVO is a technology-oriented company focused on leveraging innovative digital technology, to enhance 3R (reduce, reuse, recycle) action at the individual and corporate levels by bringing convenience and transparency to the fingertip. In simple terms, they made a really cool app. Through its app, it tries to make recycling cool and works with partners to offer rewards (like redeemable vouchers at restaurants) so that people get the recognition they deserve. GRAVO aspires to be one small step for 3R and one giant leap for Mother Earth. Here’s what you need to know, according to GRAVO, about how to join the #realrecycling movement and be a part of the change. 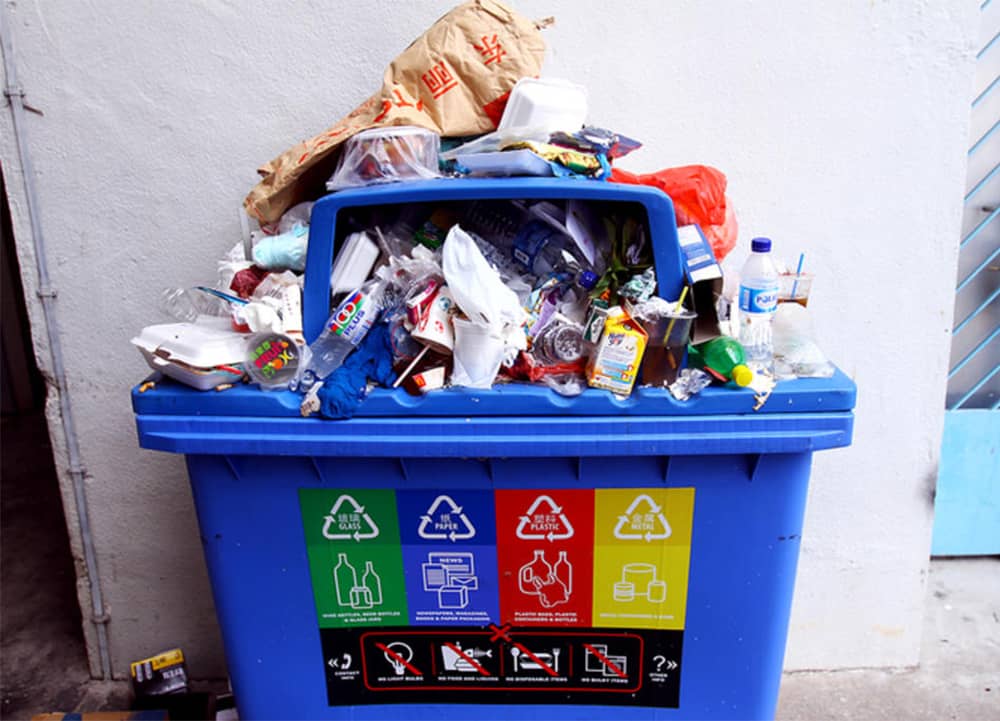 1. Did you know that in Singapore you can be fined up to S$50,000 and/or imprisoned for up to 12 months for throwing waste out of your car?

Singapore is widely known for its littering offences, especially with its widely popularised ban on chewing gum and the S$300 fine you’ll be slapped with for shooting a rubber band. Littering, in general, is a serious offence in the squeaky clean country and in line with its zero-waste master plan, measures are in place to potentially ask residents to pay what they throw. Speaking of throwing, don’t even think about tossing something from your car or you could be hit with a S$50,000 and/or imprisoned for up to 12 months. We’re not sure why you’d even need to because it makes it pretty easy for its residents. “Singapore is commonly referred to as the cleanest city in Asia and has one of the most efficient waste disposal infrastructures in the world. The country contracts public waste collectors (PWCs) at the NEA to collect general waste and recyclables through blue bins in all residential estates in Singapore.”

2. Many national-level events and efforts are organised to attempt a more holistic approach to improving domestic recycling rates

It’s true. The Singaporean government recently introduced two programs to reduce waste and promote recycling. The Singapore Sustainability Blueprint (SSB) was introduced in 2015 and aims to achieve a few goals to create a more livable and sustainable future, one of which is achieving a 30% domestic recycling rate by the year 2030. Then there is the Zero Waste Master Plan, first mooted in 2019 and launched in 2020, it aims to reduce waste sent to the incinerator by 30% per person by 2030. We are huge proponents of this strategy to build a sustainable, resource-efficient and climate-resilient nation.

3. Singapore has a vibrant and thriving informal sector that has been around for decades and is well in touch with the households of Singapore

Millions of dollars have been spent on Singapore’s recycling landscape to get the Island Nation to a 30% recycling rate by 2030. So why has the domestic recycling rate remained at more or less 20%? While GRAVO doesn’t have a definite answer to this question, they have an idea towards a solution. “With millions being spent by both the government and the private sector on trying to get the recycling rates up, perhaps looking into supporting the informal sector may be a viable option to pour corporate money into.”

4. Almost all of Singapore’s non-recyclable waste is incinerated

Yes, it’s true. Singapore’s general waste, including food, gets incinerated and the ash is taken to Semakau, a human-made island that doubles as a nature reserve. The purpose-built trash island is Singapore’s ONLY landfill and is was supposed to meet Singapore’s dumping needs until 2045 but is expected to be full a decade sooner. So even if you’re buying biodegradable garbage bags and filling them up with food waste, it won’t be composted if you use the Green Bins provided by the public waste collectors. “Unless you have a channel for your food waste, so it goes towards the production of compost, it’s advisable to use regular waste disposal methods for your food waste. Or better yet, REDUCE your food waste.”

5. Don’t believe what you hear, Singapore has limited recycling facilities

“Contrary to popular belief, Singapore has limited recycling facilities because of issues relating to the costs associated with setting up a recycling facility and operating it as opposed to incineration. Singapore does, however, have a well-developed materials recovery facility (MRF) industry that also facilitates onward recycling.” If you’re wondering what ‘onward recycling’ means, it’s a process whereby recyclables are recovered at an MRF and then sold to recycling plants overseas as raw materials for remanufacturing. It differs from disposal in that it ensures that the recycling cycle actually takes place and disposal of recyclables runs the risk of dumping since it is not economically driven.

6. The blue bins have a 40% contamination rate

Those blue bins we know and love for their promise to recycle, well many of them are hugely contaminated and so is a lot of what goes in them. This is often caused by people who are not familiar with what to recycle, and also due to the blue bins getting wet by weather elements. If you’re concerned about this, and you should be, know that the Informal Collection network accounted for nearly nine times more domestic recyclable waste collection than non-informal collection channels. In fact, they have a 100% recycling rate due to their collection process. An example of this might be the elderly who go through the rubbish bins collecting recyclables such as newspapers, carton boxes and drink cans that they sell to a waste recycling company or to a secondhand dealer. Another example is….well, see below.

There are no easy solutions. Leveraging growing awareness of climate issues, and the emerging technologies that support a sharing economy, feasible solutions may be developed and deployed. And GRAVO has one that can help. GRAVO is a digital, mobile application that is geared to integrating the informal sector into the recycling efforts of the households. The app helps people understand what can and can’t be recycled and makes it easier for households to sort and book their collection date/time.

“Such a mechanism also lends itself to robust data collection, which in turn may be used to get corporates to see value in integrating their support into such a solution. Surely, the schools must be key stakeholders in promoting such digital solutions to the young. It may be a long and arduous journey, but nevertheless, a journey that must be taken, with an open and committed mind.”

See a snapshot of how the app looks below: 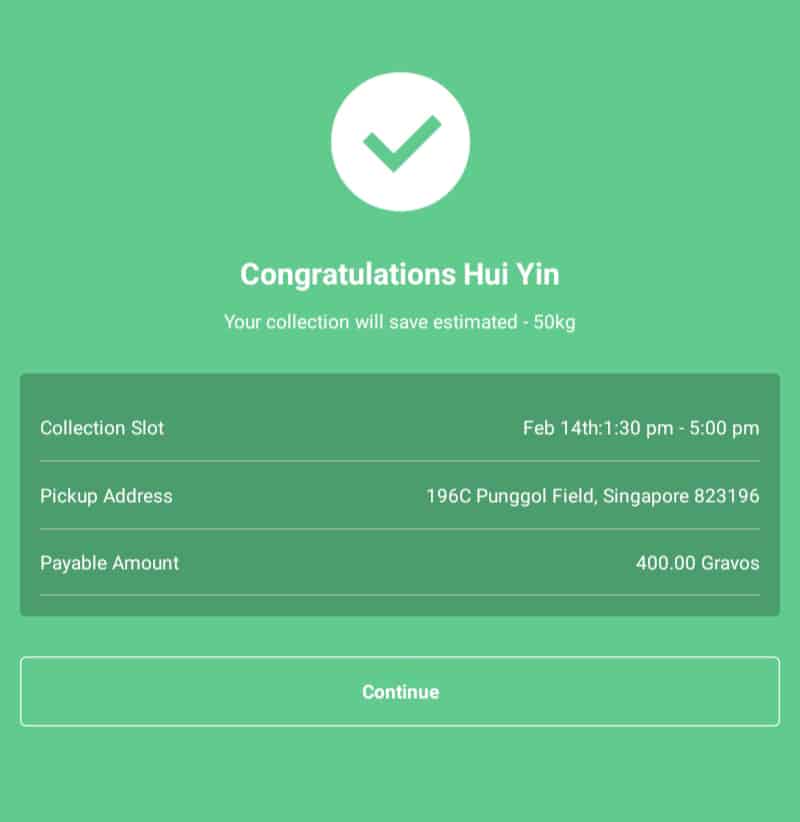 A new version of the app will be available soon. Connect with GRAVO on the website or Facebook page for news on the launch. 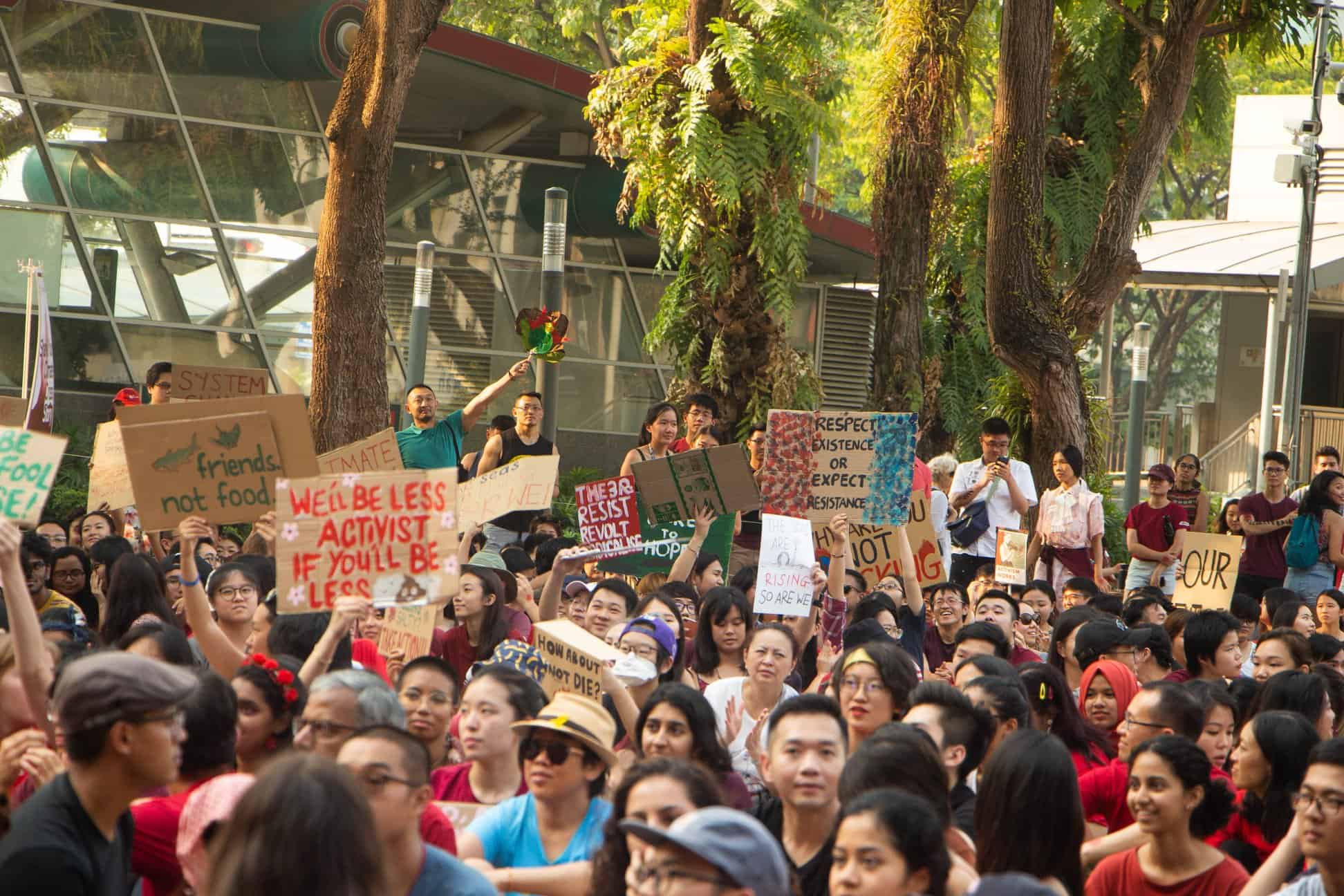 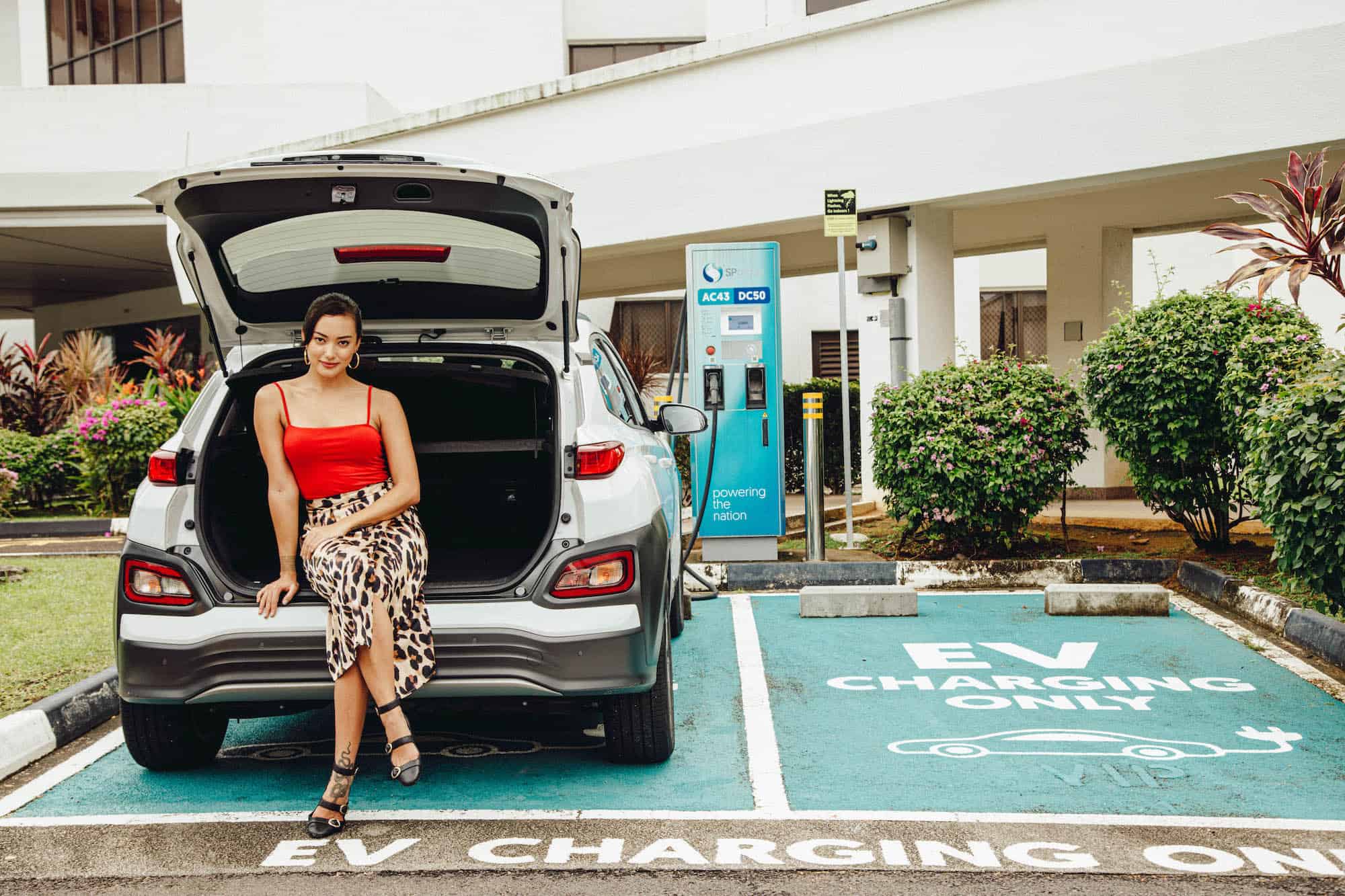