Medang4change Are Turning Plastic Waste Into Something Useful: Fuel 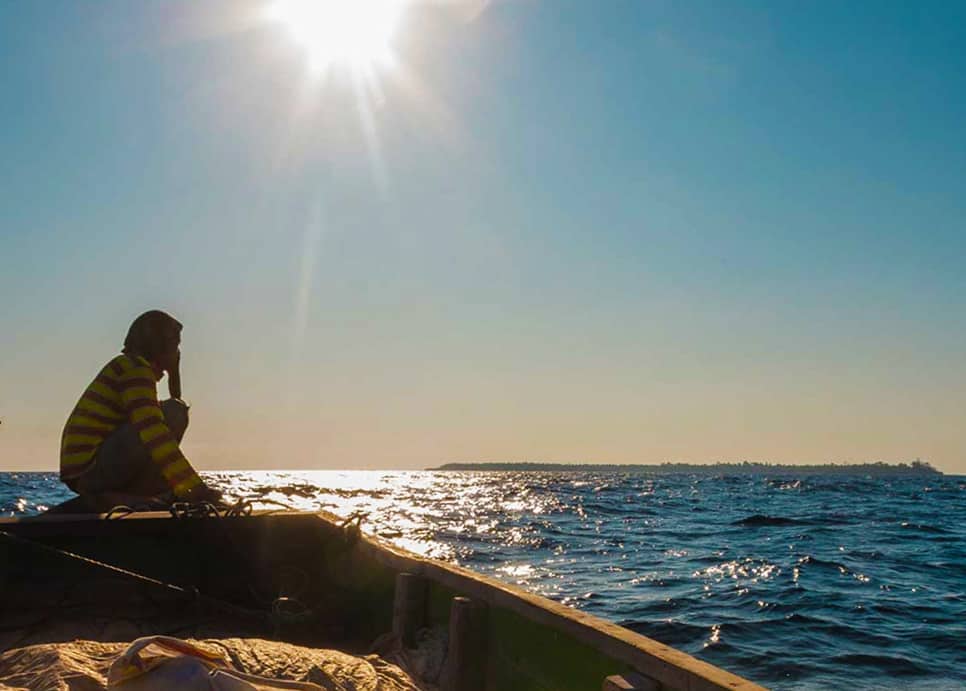 Medang4change is a community in Indonesia who are inspiring environmental transformation, one island at a time. Their biggest project? Creating a circular economy by turning plastic into fuel. And they could use a little help…

Pulau Medang is a small island in the Flores Sea, a place less travelled and possibly one you’ve never heard of. Medang is just 10km long and 1.5km wide, and is home to around 3,000 people. So why should anyone pay attention to what is happening there? Because Medang is onto something big—islanders are collecting plastic and turning it into fuel. How? The answer is pyrolysis.

“The human race will regret it if we don’t act on plastic now.” – Sir David Attenborough

There are very few ways to dispose of plastic on Medang, so Medang4change bought a pyrolysis machine, which turns waste into fuel (kerosene, petroleum, and diesel). And it ’s something that is hugely needed on a remote island, and Medang is by every definition remote.

Pulau Medang is a 30-minute speed boat ride away from Sumbawa Besar. But if you want to do it the traditional way, you might sit for three hours on a fishing boat, chugging along and enjoying life on the seas. If the waters are calm, it is an enjoyable journey in which you might even see a dolphin or two. You know, simply relaxing in the warm sun while inhaling the smell of diesel…

Yep, sorry to shatter that illusion. While it’s definitely beautiful there, think for a minute about the fumes that these old boat engines spew into the atmosphere—not just in Indonesia but on islands all over the world.

This is one of the issues that come with living on a remote island—how to get there. Locals and tourists alike rely on diesel for fuel and to add to this already colossal pollutant; there’s also plastic. More and more plastic pollution is being washed up on the beaches in the area, made worse by the plastic used by villagers themselves. 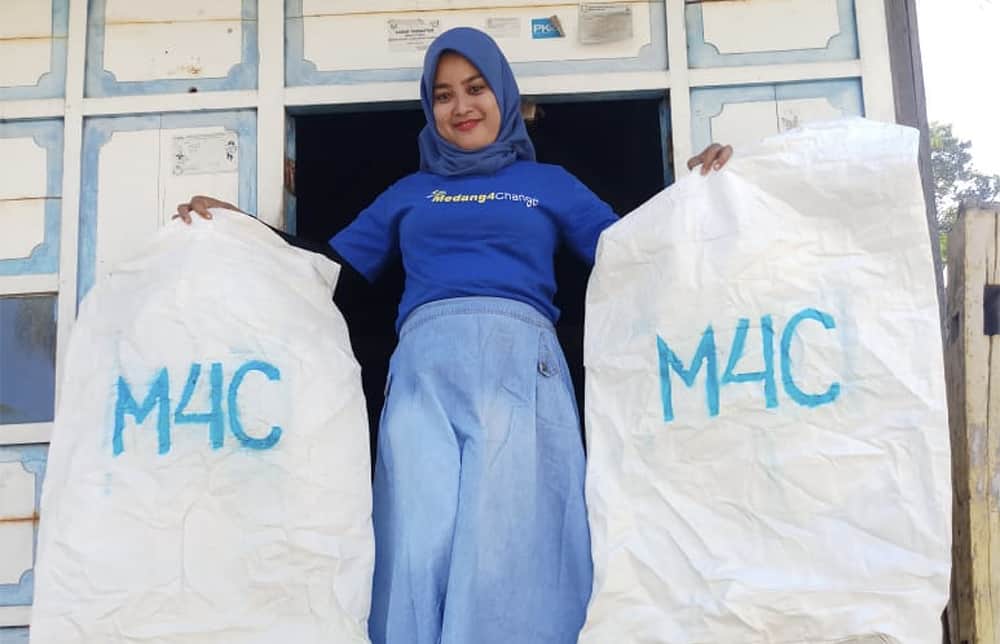 A brief history of plastic

In eras gone by, food was once wrapped in banana leaves and was discarded without a thought. Then plastic came along and initially people didn’t treat it any differently as they would a banana leaf.

Was this the start of the problem? As more convenience entered our lives, so did more trash. When plastic came into the world way back when, no one knew the problems it would eventually cause. While some parts of the world have become increasingly aware of the burden on our planet as a result of plastic, many remote places are still living in ignorant bliss. Or they’re are aware but have no means or money to do anything about it.

In 65 years, humans went from producing 0 to 381 million tonnes of plastic and over a third of this number is packaging (Our World In Data). Fortunately, much of the world has realized that there is a problem and found ways to manage plastic waste, whether it be incineration, sending it to a landfill, recycling or reusing. While many of the solutions are not ideal, they are at least slowing down the rate at which the Earth is becoming a plastic planet (you know, a world where the grass that children play on is plastic and where bonfires pollute the air). But East Asia and the Pacific were slow to get the memo, and its oceans and atmosphere became the bins. Indonesia is far too often called out for being one of the top five plastic polluters in the world. Something has to change.

On Medang, every house produces approximately 400g waste per day. There are 1,800 houses on the island, which is 720kg per day island-wide. This equals to 262 tonnes per year and is a mix of waste in which not all of it is usable in the pyrolysis machine. There has been no monitoring in place on the island until Medang4change was born, who has only recently begun educating people on why they need to collect and separate. Today the number of street and beach cleanups has increased, and children in the schools are also getting involved. In one week, they collected 62kg in 2 hours on a beach. But a lot of waste on the island also gets swept in with the sea because of high winds.

Medang4change now has an area with two buildings, one for the machine itself and one for storing shredded plastic, as well as three wells in which they keep separated rubbish. “It’s a huge learning curve for us all at the moment, but one that everyone is embracing,” Medang4change said.

Medang4change looks to be a catalyst in changing this. Medang4change is a passionate group of individuals living on Medang, along with one determined English woman who also lives in Indonesia. Together they are on a mission to transform the island into something that’s idyllic beyond beauty by cleaning it up, building an eco-village, and educating and training locals. By doing this, they are also trying to inspire change at the next place, too — one island at a time is the way they see it.

The solution? Pyrolysis. Pyrolysis is a process that uses lower temperatures to melt plastic, turn it into a gas, and then cool the gas down again, returning the plastic to where it started – oil. And through this innovative pyrolysis machine, which is made in Indonesia by an Indonesian professor, the rubbish they collect in Medang is converted into the fuel they need. Most importantly, the fuel is used by the boats that are spewing fumes into the air. It may not be the best solution to the problem, but it is a solution that will clean up the island, provide a new source of revenue, and create a circular economy. They way they see it, people bring plastic to them, and they get a reduced rate for fuel. No plastic = no fuel. 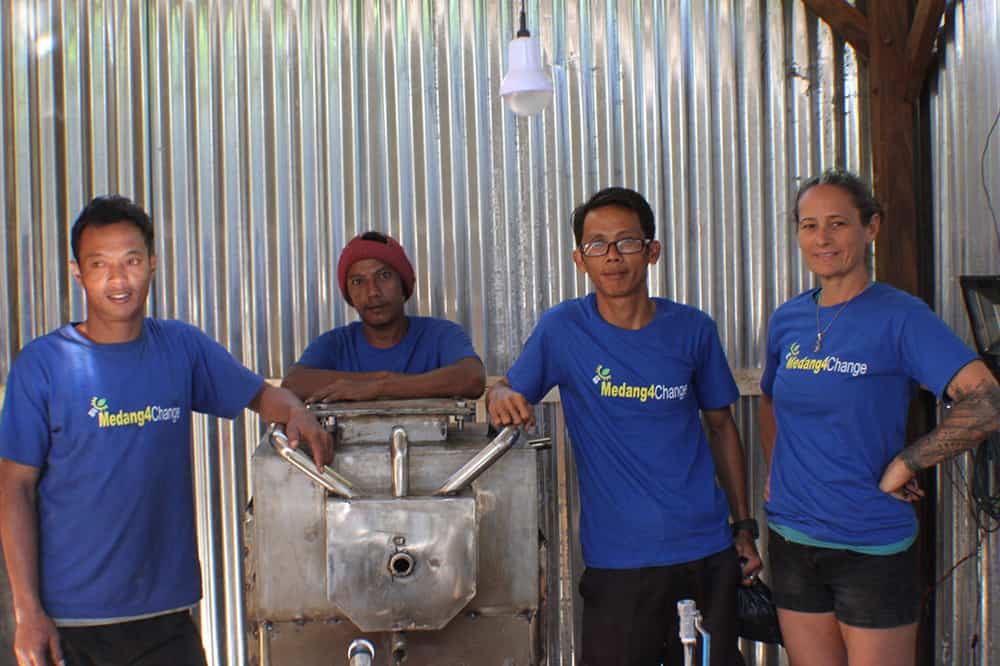 This is just the beginning. Once Medang runs out of plastic, they plan to go further afield to Sumbawa where they will use not only pyrolysis but also create upcycled products through extrusion and moulding, adding yet another new economy.

The pyrolysis machine itself can process 30kg at a time (PE and PET plastics are the best to process) and can be run three times per day. The entire process takes 3-4 hours, and 30kg of plastic produces 25 litres of kerosene. Eventually, it will be a self-sustaining machine from a fuel perspective as it provides a ‘waste kerosene’ that can also be used to fuel a stove.

Economically it will work like this: those who collect and bring in plastic will be able to purchase fuel at 1,000IDR cheaper (S$0.10) for every litre. This might not sound like a lot, but in relation to the wages earned on this island, this is a substantial saving every day.

Because locals use kerosene to fuel the stoves they cook on, they use an average of 1.5 litres per day. This equates to a savings of 1,500IDR (S$0.15) a day, or 45,000IDR (S$4.50) a month. Furthermore, they also often do not get enough kerosene delivered by the government and run out, so this will help to ensure no one goes without.

For a couple, outgoings per month add up to about 1,600,000IDR (S$155) if the women in the house aren’t working. With children, this cost goes up because to send a child to school is approximately 400,000IDR (S$38) each month. Thus any savings are worthwhile, especially saving 45,000IDR (S$4.50) a month through cheaper fuel. Medang4change are also trial running water filters from Social Impakt that can potentially save a further 70,000IDR (S$6.80) per couple. 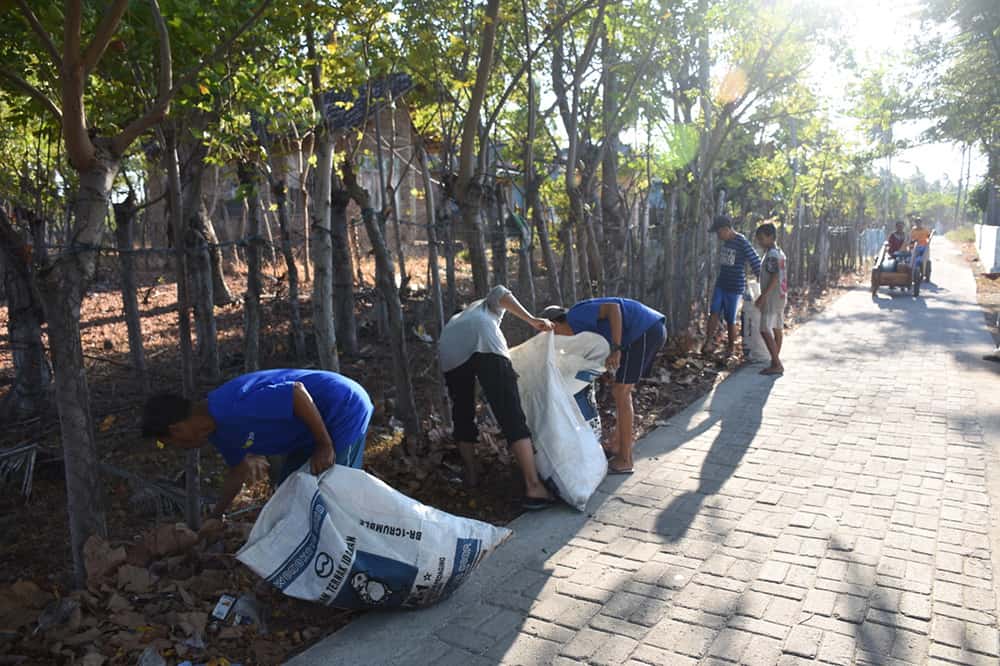 The final piece of the puzzle

Eventually, Medang4change also plans to build an eco-village for tourists. The tourist village will be a place for travellers to come and experience authentic and traditional Indonesian life. It will be a place to get away from life as we know it and return to simple living. People will get this experience through living within the community and learning to appreciate the earth and her resources. They will also learn how to employ sustainability in their everyday lives.

Medang looks to be an example of how humans can live without single-use plastic and require fewer possessions in their lives. It also hopes to show how important community is, how to be one with the planet, and not waste resources. Sometimes, it’s as simple as turning off the lights, being more aware of the water you use, bringing your own bags, learning how to compost, not buying more than you need, not buying into consumerism, and bringing awareness to as many people as we can in terms of ways to be better. Education is the key to ignite this change.

What you can do to help

Medang4change has a lot of work ahead to reach their goals, and a lot is needed to make it happen. But when it does, it will be monumental and hopefully trigger change amongst all small islands. By improving the quality of life and the infrastructure of the village itself, it will provide new jobs, boost the economy, and introduce to others a simple way to be. The final goal in the mission is to inspire and build the desire to do the same change in neighbouring communities. “We want to spread our wings and start to change the entire region.”

Medang4change are inviting their community to be a part of the change by donating. 100% of funds will go towards Medang, including the cost of building materials, solar panels needed for schools, a truck for the collection of plastic, water storage tanks and water filter systems. They also accept functioning laptops, school bags and books. Other ways to help include purchasing a water filter through Social Impakt, planting a tree, or investing in the construction of the eco-village.

Lisa has had a varied career, from purchasing engines in the UK, to teaching English in Kuala Lumpur, to teaching Les Mills programs and movement in KL, Hong Kong and Singapore and taking time out to be a triathlete. She is also an artist, model and blogger and now has her heart set on finding a way to reduce our use of plastic as well as put it to good use, working with Medang to show change is possible. 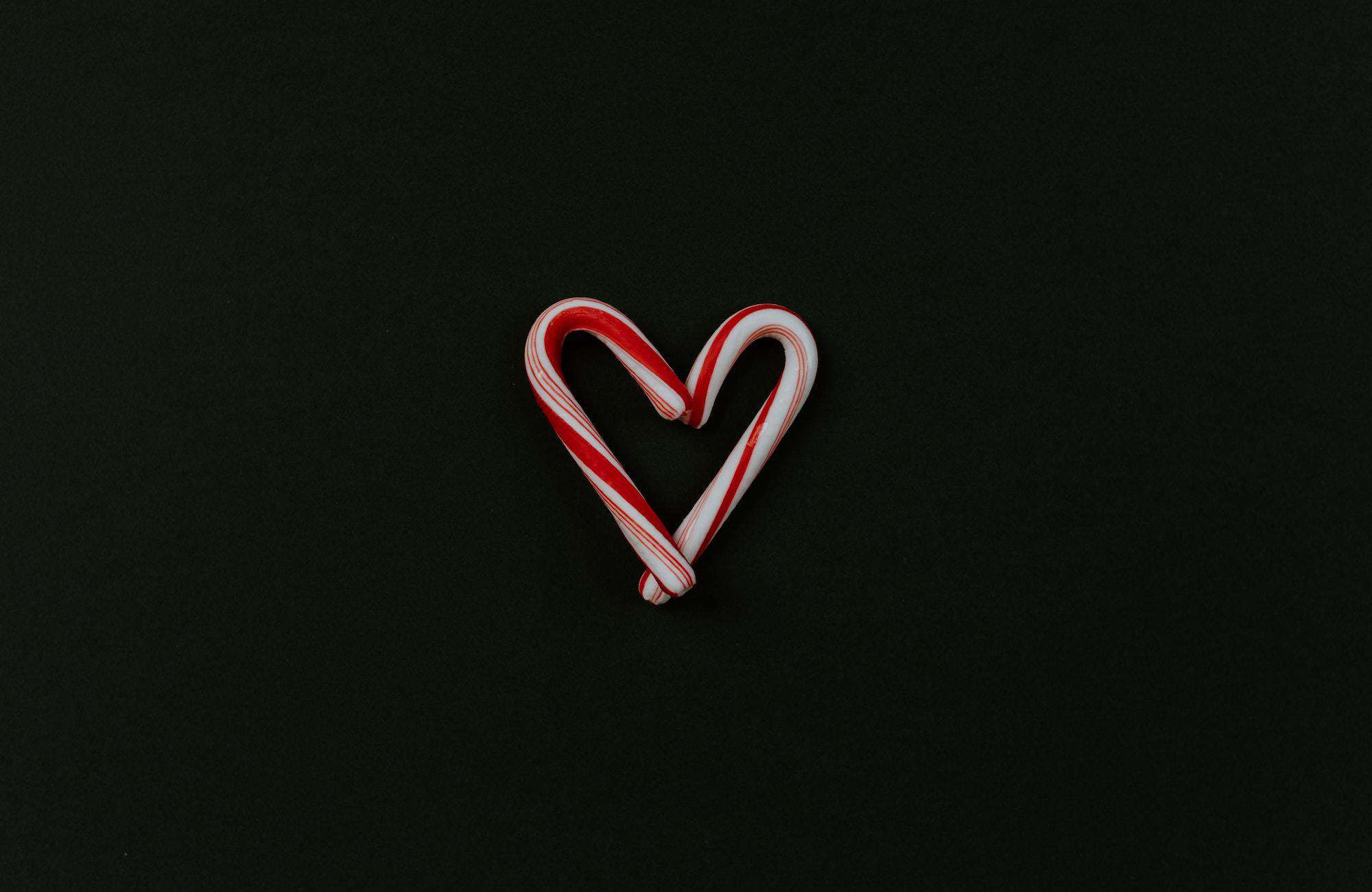 9 Ways To Give Back To Your Community This Holiday Season 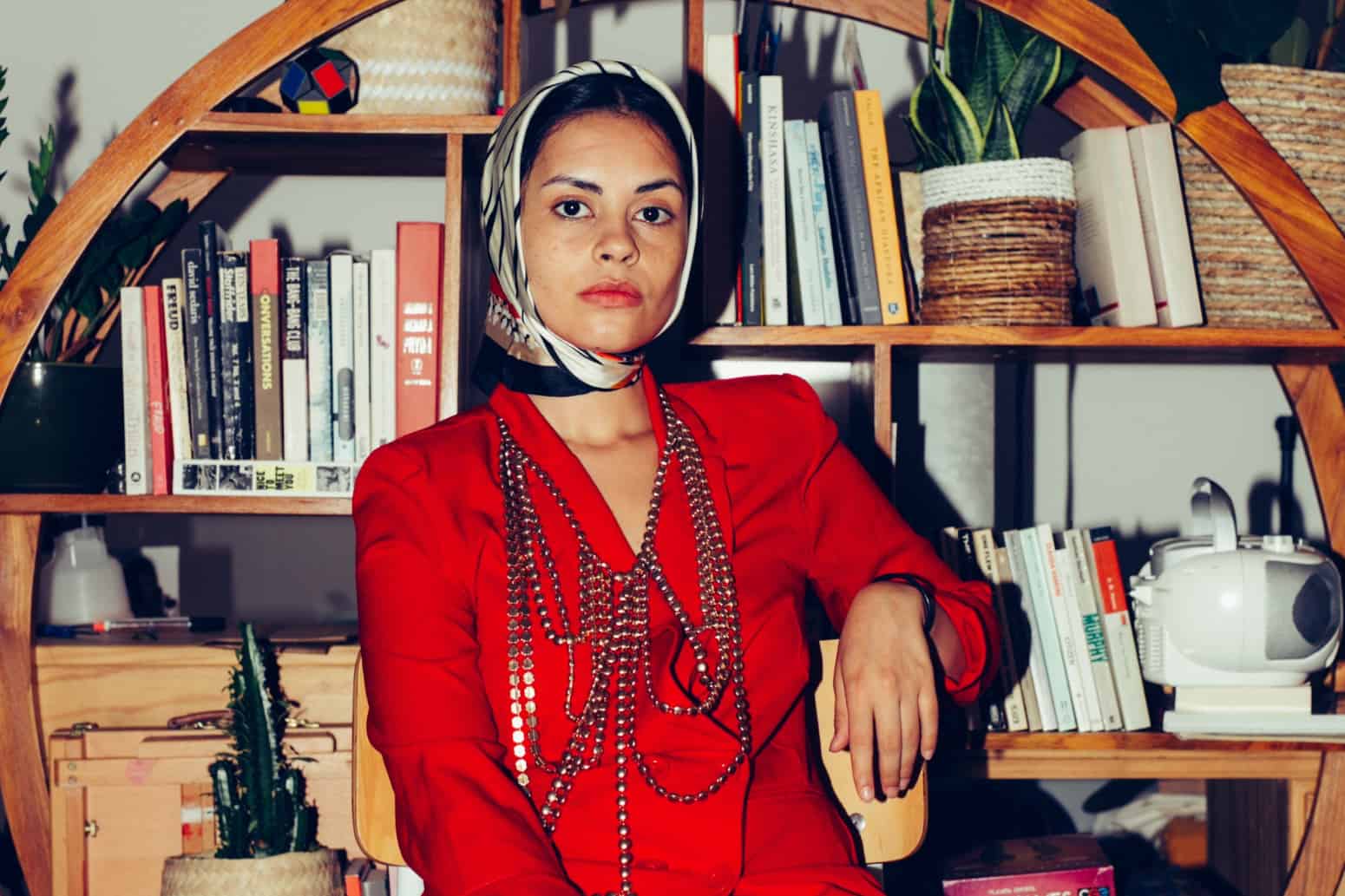 The Time For Unlearning Is Now: Here’s Why, And How. 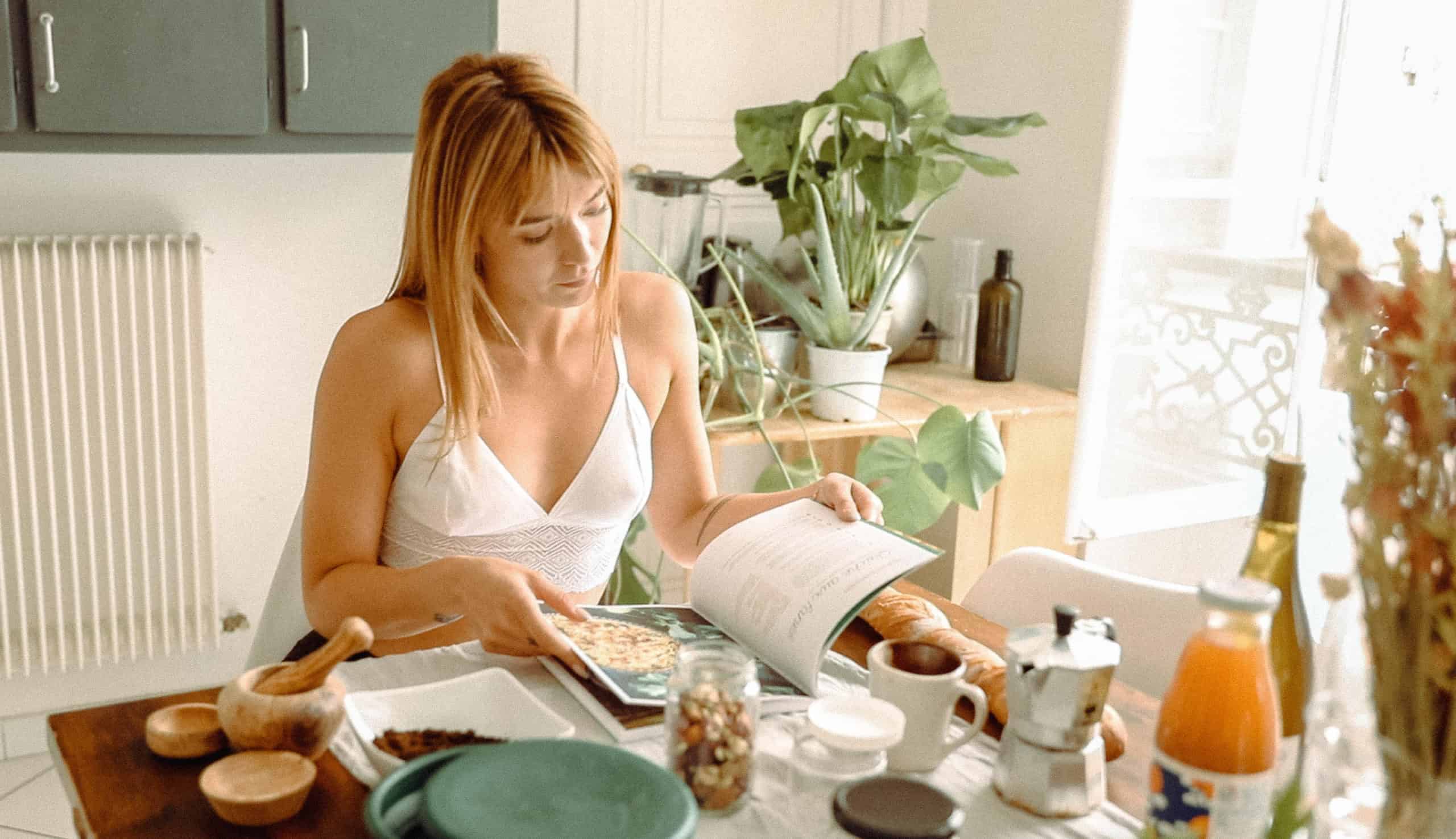