Last week, New York Senator Kirsten Gillibrand announced a new piece of legislation that would address labor concerns and worker’s rights in the U.S. garment industry.  The Fashioning Accountability and Building Real Institutional Change (FABRIC) Act has the opportunity to hold brands accountable for wage theft and enforce supply chain transparency at the federal level. Read till the end for actionables on how you can make this a reality.

Breaking it down – what does this mean for the fashion industry?

The FABRIC Act is proposing several new changes to the way workers’ rights are protected. You can read the full text of the bill on Senator Gillibrand’s website but we’ve filtered through the jargon-heavy document and pulled out these four main action points:

1. Fair Wages. Ending piece rates (where garment workers are paid piece by piece, leading to heavy exploitation) is high up on the Act’s priorities. The bill will help set hourly pay in the garment industry and eliminate piece-rate pay until the minimum wage is met to ensure jobs with dignity.

2. Liability Provision. Liability measures essentially mean that this policy change will make it “illegal” to commit wage theft and workplace wage violations. Unlike now, fashion brands and retailers alongside manufacturing partners will be held accountable and won’t be able to get away with any unfair labour practices.

3. Transparency Measures. This bill institutes new recordkeeping requirements and a nationwide garment industry registry through the Department of Labor to promote supply chain transparency and help identify bad actors in the industry with a demonstrated pattern of labor violations.

4.  Investment in Domestic Garment Manufacturing. It will encourage brands to bring their garment manufacturing back to the U.S. through various tax incentives and will introduce grants for companies that manufacture domestically. This will help ensure that tighter labour laws do not result in states outsourcing production to states/countries with less strict labour laws, as is commonly the case with extractive and exploitative fashion companies like H&M and Zara (outsourcing to developing countries like Bangladesh, for example, where wage thefts are not illegal).

Ayesha Barenblat, the founder and CEO of the fashion advocacy group Remake, who helped draft the bill, explained to Vogue that creating and updating garment jobs in the United States is more critical than ever due to the fractured global supply chain. 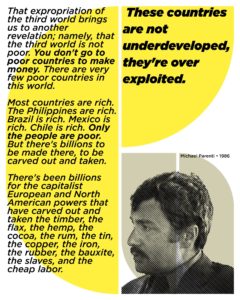 IMAGE: via Twitter | IMAGE TEXT: “The expropriation of the third world that has been going on for 400 years brings us to another revelation. Namely, that the third world is not poor. You don’t go to poor countries to make money. There are very few poor countries in this world. Most countries are rich! The Philippines are rich! Brazil is rich! Mexico is rich! Chile is rich! Only the people are poor. But there’s billions there to be carved out and to be taken. There’s been billions for 400 years! The capitalist European and North American powers have carved out and taken the timber, the flax, the hemp, the cocoa, the rum, the tin, the copper, the iron, the rubber, the bauxite, the slaves, and the cheap labor. They have taken out of these countries. These countries are not under-developed. They’re overexploited.” -Michael Parenti

Solidarity: who is endorsing the act?

Remake, a nonprofit that has been a close collaborator with Senator Gillibrand’s team in developing the FABRIC Act, stands behind legislation that is written and endorsed by workers themselves. Their community also helped rally to pass California’s #SB62, which inspired the FABRIC Act.

The Garment Worker Center (GWC), a worker rights organisation whose mission is to organize L.A. garment workers in the fight for social and economic justice, enthusiastically endorsed the FABRIC Act: “We’ve been excited to work with Senator Kirsten Gillibrand’s office to craft the FABRIC Act because we know that protections for garment workers and multilateral accountability in the supply chain that are consistent across the country are the best way to ensure a garment manufacturing industry that is healthy and thriving for all – workers and businesses. We’re also thrilled that the FABRIC Act goes even further to encourage domestic production through tax incentives and a robust grant program.” – Marissa Nuncio, Director, @garmentworkercenter

(Psst. If you’re from a business or organisation, do consider adding your endorsement too!)

Why now? And why should we care?

Fashion is a $3 trillion global industry, but its manufacturing supply chains around the world are often rife with abuses, including forced labor and extreme poverty pay. Right now, 80% of garment workers around the globe are women. We need more policies that secure rights for those sitting on the intersections.

Within the country, the supply chain is complex, and suppliers often use layers of subcontracted work to deflect labor laws. For decades, brands have contracted work out to manufacturers using a piece-rate payment system where employees are paid per item they make. The FABRIC Act would extend the Fair Labor Standards Act, placing liability requirements on those brands that work with factories paying less than the federal minimum wage.

Most importantly, federal legislation will uniformly apply across states, building on the achievements in New York and California. If written into law, the bill will extend the anti-wage theft principles of SB62 nationwide and offer incentives like tax exemptions and grant programs for brands looking to manufacture in the United States.

If you’ve reached this far, you care, and, like us, want to see this happen. If you have a few minutes, take one (or all) of these #LittleGreenSteps:

1. Learn more about the FABRIC Act on their website and factsheet.

2. Follow allies and worker-centric organisations: @garmentworkercenter and @remakeourworld to stay up to date on this campaign.

3. Call your U.S. Senator and share your support to encourage their co-sponsorship of this bill:

Try this script when calling your Senator:

“My name is [Name], and I live in [City, State]. I am a constituent of [Senator]. I am calling on Senator [Name] to support and co-sponsor the FABRIC Act.

The FABRIC Act will ensure that American garment workers are paid fair wages, have better workplace protections, while also promoting much needed job growth in US manufacturing. By supporting the FABRIC Act, we can work to build a more transparent, sustainable and equitable clothing industry. Thank you for your time.”

4. Share your support for the FABRIC Act on social media: Post a graphic and use the hashtag #PassFabricAct. Additional Instagram posts and stories can be found here. 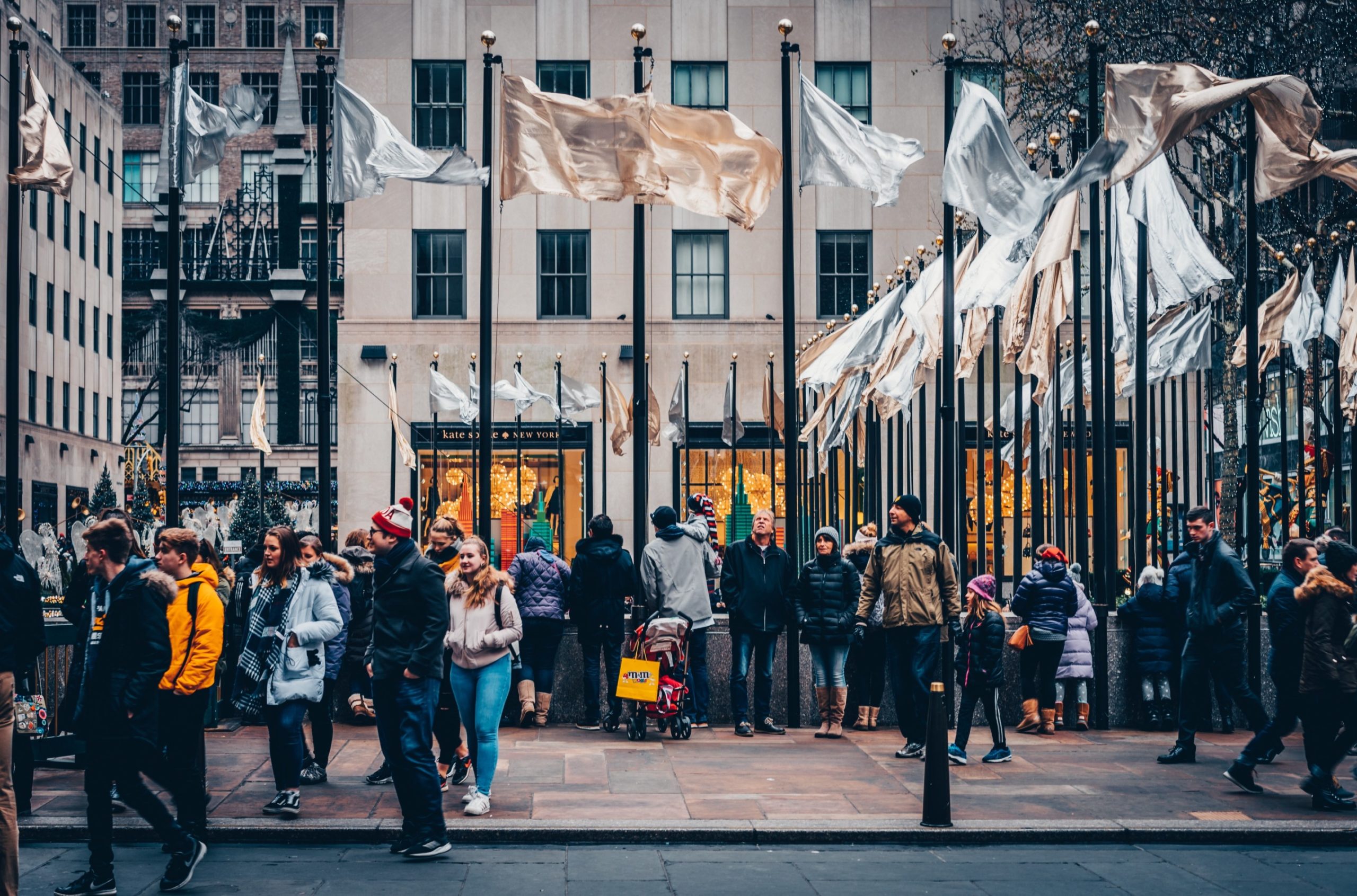 Unpacking the New York Fashion Act: The Beginning of a Revolution?