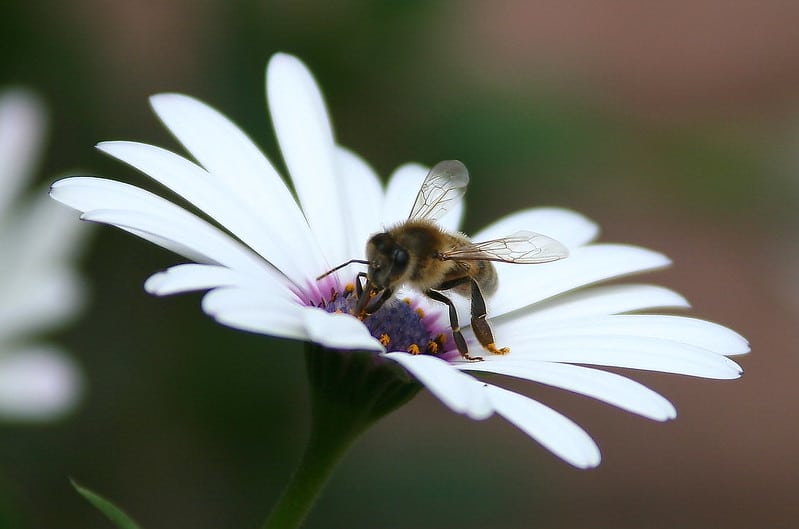 And no, we’re not talking about a day dedicated to Beyoncé. But, we’re also not opposed to that idea! World Bee Day is an annual awareness day, established in 2018 by the UN, to highlight the role of bees in our ecosystem.

Fun fact: Bee Day is on May 20th because on May 20th 1734, the pioneer of beekeeping, Anton Janša, was born in Slovenia. Apiculture (bee-keeping) is a time-honoured tradition in Slovenia, which is famous for its quality honey.

So, why do bees get a whole day of their own?

Pollination is the transfer of pollen from the male part of a plant to a female part to enable the production of seeds. This is a crucial part of our food system and bees play a key role. Bees are pollinators. Pollinators are small animals like insects, birds, and bats. As we face the challenge of feeding a growing global population, the need for bees is increasing. And yet, many species are declining in numbers. This is what some are calling ”the pollinator crisis”.

A report issued by the International Union for the Conservation of Nature (IUCN) in 2015, declares that almost 10% of bees are facing extinction. The Intergovernmental Science-Policy Platform on Biodiversity and Ecosystem Services estimated that the global production of food directly dependant on pollination is worth somewhere between $235 and $577 billion each year.

By making pollination – and therefore food production – possible, bees are one of the hardest working beings on the planet. They not only support humans through their vital role in the food system… but they also support whole ecosystems and the plants and animals within them. When food is growing in abundance, so too is the flora and fauna around it. Scientists often observe bee populations because the presence or absence of, or the size of the bee population can tell us a lot about the environment.

”Bees are a sign of well-functioning ecosystems.” – José Graziano da Silva, Director-General of the Food and Agriculture Organization

Bee populations are declining for a number of reasons

There is a multitude of factors affecting global bee populations. The most prevalent of which is unlikely to come as a surprise – modern agriculture. Along with this: the use of pesticides, urbanisation and… yep, climate change.

Modern farming methods often focus on mono-crops. And as a result, we have lost many flower meadows, hedgerows, trees. These serve as habitats for bees. A return to regenerative farming practices, like crop diversity and cover crops, would allow for wildflowers to grow. And thus, this would greatly increase our chances of restoring bee populations.

Pesticides, and in particular those that fall into the neonicotinoids category, have adverse effects on bees. Scientists have observed a lack of resistance to disease and a decline in reproduction. Some species, like the honeybee, have also experienced impairment in the ability to navigate. Years of tireless campaigning in Europe resulted in a ban on the use of neonics in the EU. Unfortunately, The UK sparked controversy earlier this year when shortly after Brexit, the ban was lifted to allow for the use of neonics on sugar beat. This has caused a resurgence of environmental groups calling for the ban to be reenforced in the UK.

Growing cities can often mean less and less green space is available. Without these spaces full of flowers for food, shelter, and water for them to drink, they have to travel much farther distances for sustenance and many die from exhaustion or dehydration. City planners need to consider the crucial role of pollinators and be mindful to plan urban areas with plenty of bee-friendly areas. Home gardens can be fantastic places for bees to make a pitstop. Especially if we plant the right kinds of flowers, and avoid using pesticides and chemicals that can harm them.

Climate change has caused a shift in our seasons. Wetter, warmer winters are causing wild species – including bees – to be in the wrong place at the wrong time. Where snow melts early, spring flowers will bloom early. But if bees are yet to become active, there will be no opportunity for the flowers to be pollinated. Equally, this means that when bees do arrive if the flowers have already died, there will be no food source for them.

The problem with almond milk

A popular alternative to dairy milk, the demand for almond milk has soared to a global market value of over $5 billion. However, it has been recently discovered that our love of almond milk is contributing to the bee crisis.

For decades, honey was the primary earner for beekeepers. But as prices have fallen, beekeepers have been ‘renting’ out their bee colonies to pollinate almond farms. California produces around 80% of the world’s almonds. And to meet this huge demand, the practice of renting out bees as pollinators is widespread. Commercial bee-keepers who do this have seen huge numbers of their bees dying, despite their best efforts to prevent it. In addition to over-exposure to pesticides, another big concern is that growers force bees to pollinate during winter when they should be dormant.

Patrick Pynes, an organic beekeeper who teaches environmental studies, says that “the bees in the almond groves are being exploited and disrespected. They are in severe decline because our human relationship to them has become so destructive.”

So, how can we protect the pollinators?

Follow in the footsteps of the living legend Morgan Freeman. who converted his 124-Acre ranch into a honeybee sanctuary. Do your part to save the bees.

> Celebrate Bee Day! The World Bee Day official website has a number of online events you can join, as well as tips on how to take action and do your part to defend bees. You can also join the UK event here. And follow the conversations on social media using the hashtags #WorldBeeDay #Savethebees!

> Stay informed. Non-profits like Friends of the Earth and Greenpeace have campaigned against the use of harmful pesticides. They continue to lobby governments to include bee protection in their environmental policies.

> Support organic farming. Organic produce is better for us and better for the planet. Free from pesticides and GMO, pollinator populations are also more likely to thrive.

> Make your green space bee-friendly. Plant nectar-bearing flowers in your garden, balcony or window sill. In cities where there is less green space, our gardens provide much-needed comfort stops for tired bees to rest and refuel. And stop using pesticides and chemicals in your garden. These can create a hostile and harmful environment for pollinators.

> Ditch the almond milk! Swap almond for a more sustainable dairy-free option like oat or rice.

Featured image: “Bee”by blathlean is licensed under CC BY 2.0 via Creative Commons Image description: a honeybee on a white and purple flower