Home » Conscious Guides » Wellbeing » New Experiences: Learning About The ABCs Of Meditation At The Golden Space

New Experiences: Learning About The ABCs Of Meditation At The Golden Space 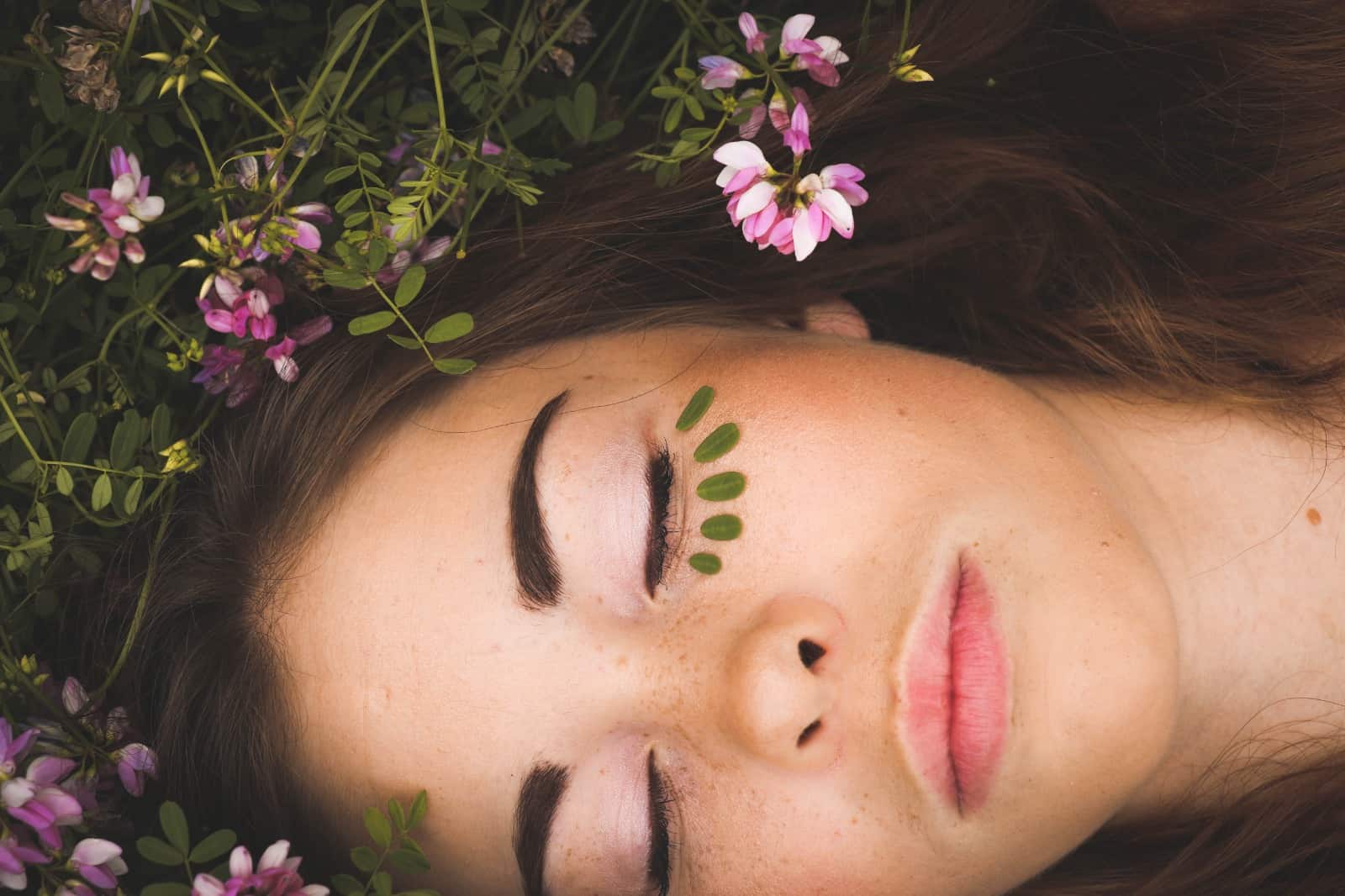 Meditation is a different experience for everyone. The Golden Space in Singapore is a space for people to destress and relax through non-religious meditation and breathing with the help of some crystals and chakra work along the way. To learn more about the practice, and learn how it could become personalised for ourselves, we made our way down to The Golden Space one afternoon and braced ourselves for a new experience.

While meditation sounds like the most straightforward practice in the world, sitting peacefully and thinking about…nothing, in fact, it’s one of the hardest. Or I thought it was anyway, and anyone who’s ever laid awake at night unable to sleep might agree. I was hugely envious of people that could switch their mind off while awake, something that for myself I thought was impossible. Thus I always dismissed meditation as not being for me. But as the years went by, and thanks to pop culture and media, the practice of meditation is almost entering the mainstream — everyone is doing it and raving about the results: it reduces stress, calms anxiety, promotes emotional health, fights addictions, improves sleep, increases focus, et al. So in equal parts intrigued as intimidated, I wanted to try again but in a guided space. I sought out The Golden Space in Singapore, made an appointment for a private introductory session, and braced myself for zen.

The Golden Space is dedicated to the promotion of personal health and growth for individuals, groups and companies. It is non-religious and provides healing, meditation, and transformational services. Since opening the first holistic wellness centre in Singapore in 2005, it has since expanded into a global brand with centres all over the world after the demand kept growing. Now, it offers diverse programs, powerful workshops and bespoke services in many countries around the globe. 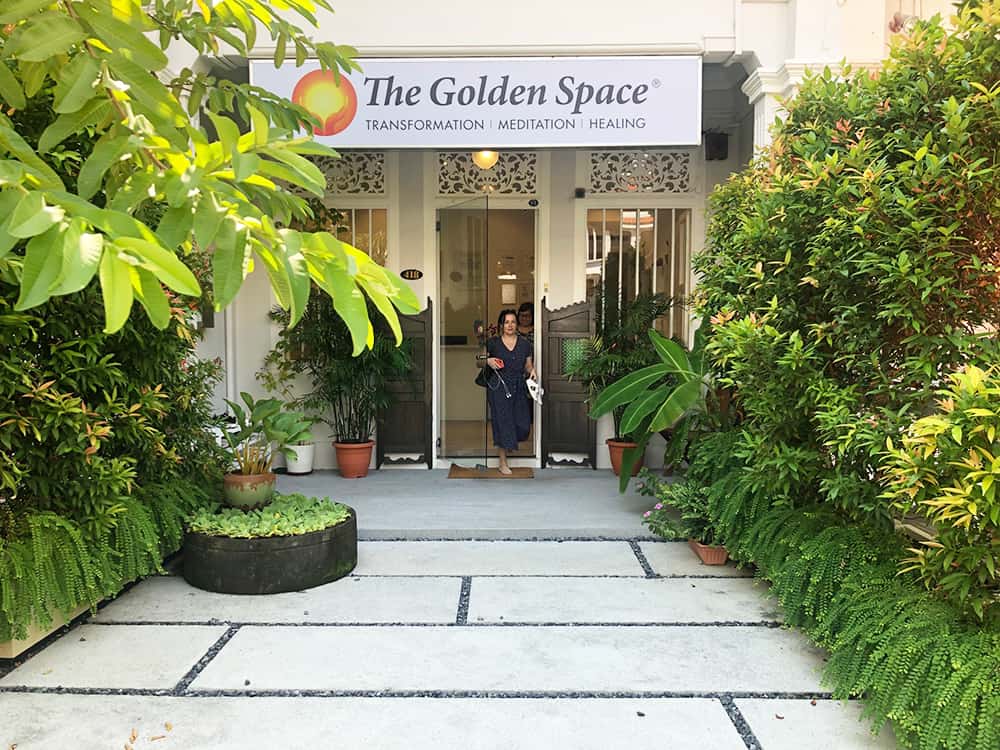 We arrived at the Golden Space in Singapore around midday. In Singapore, it’s located on Race Course Road in Little India. Upon walking in, we were immediately welcomed by the staff and shown around the centre. Right away I was drawn to the crystals — if you’re in the market for some rose quartz, amethyst tourmaline, or red jasper, all of which have incredible healing powers, The Golden Space is a great place to pick some up. 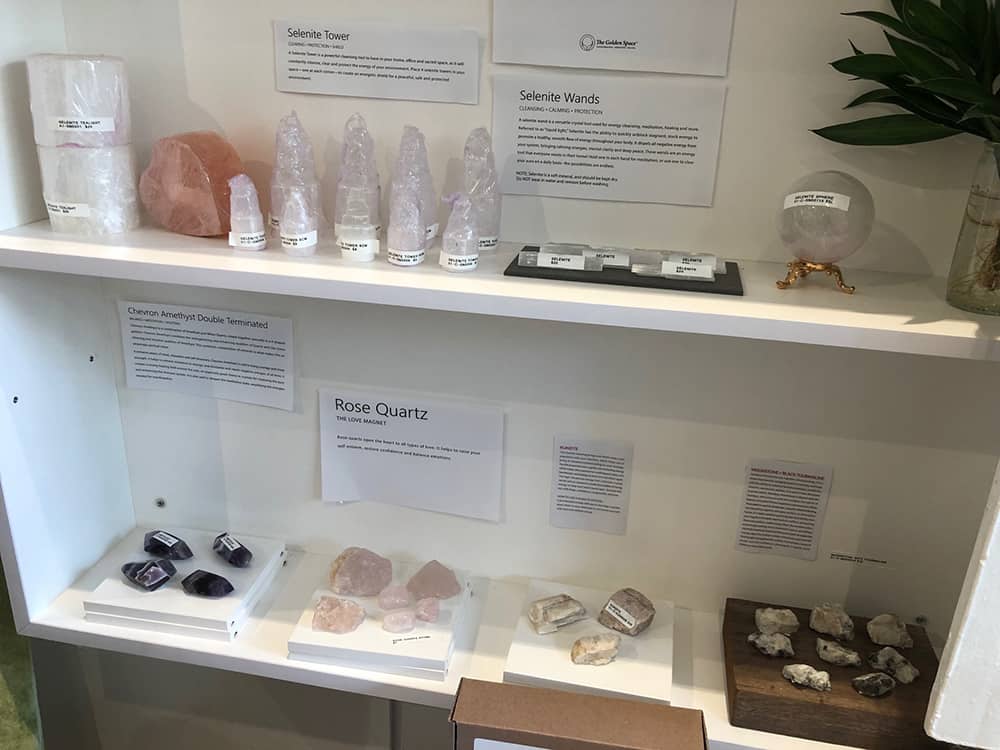 The Golden Space also sells Tibetan singing bowls. We learned that the sound from them entrain the brain to move into the Theta brain wave frequencies that help induce a deep meditative and peaceful state as well as a clarity of the mind. They had a variety of bowls, each resonating with a different chakra. They made it look easy, and let us have a whirl (it was not so easy at all). They also sell plenty of literature and essential oils to help ease people into a more mindful world. 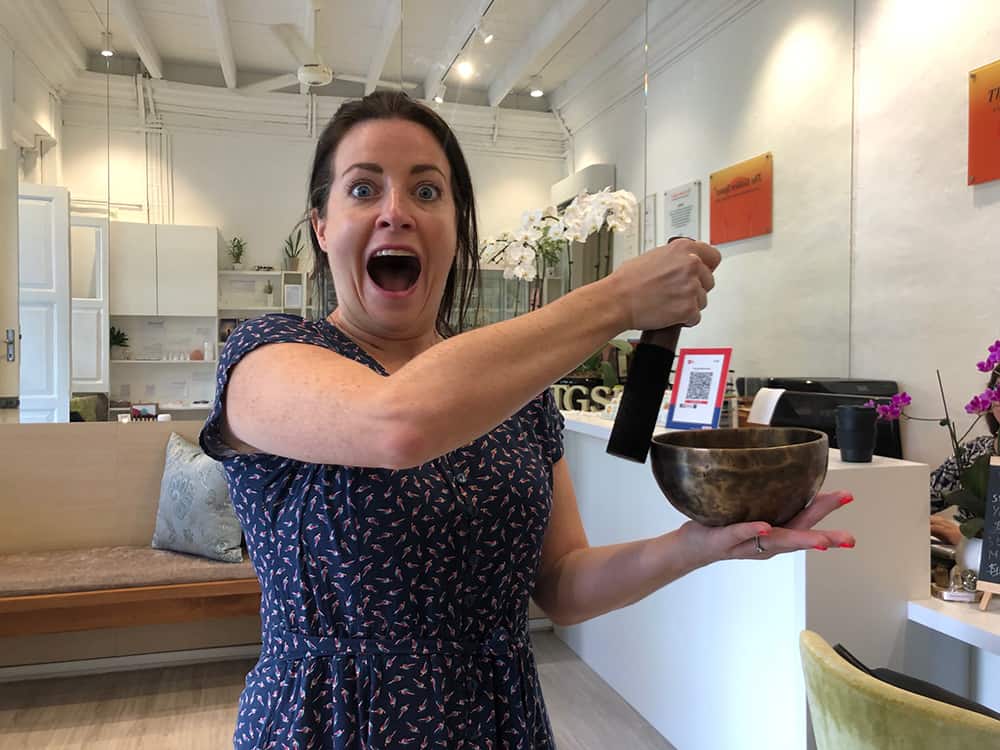 We passed a community board which illustrated all the different types of sessions they offer, from beginner classes running through the ABCs of meditation to more advanced meditation sessions. Green dining, space cleansing workshops, communication classes, relationship counselling, and akashic healing are all things that The Golden Space offers or connect you to in addition to mediation. 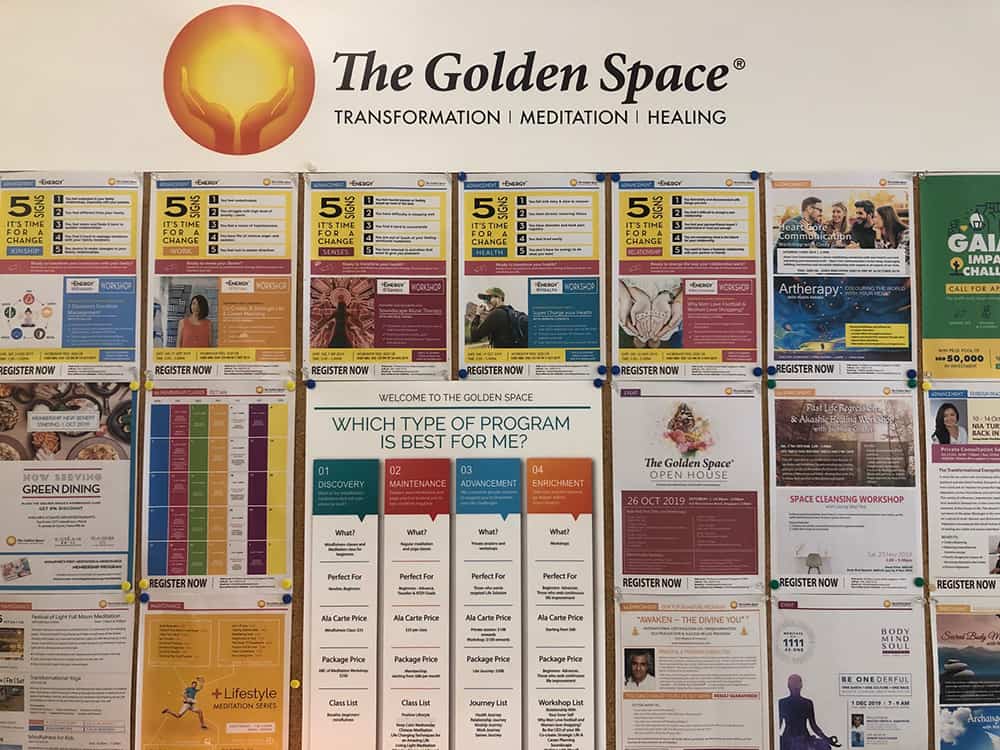 We were led upstairs to a modest room and sat down on cushions. I’d been to a sound healing experience before and fell asleep, so I was relieved that this was a seated exercise. As we began the session, we were first introduced verbally to the practice of meditation. Interestingly, the first thing we learned was that turning off your mind to meditate is a myth. Nobody can do that, we were told. “Meditation is about managing your mind and universal conscious breathing while being unaffected by the outside world.” And for beginners, you learn that the practice of meditation is about “awareness, breath and calmness”.

We then began three guided meditations, where we were instructed to go with our own flow. Each session lasted less than 10 minutes, was accompanied by music, and focused on a different intention, such as letting go of negative emotions or pain in your body. As someone who finds it hard to sit still, it was surprising how quickly the time passed.

Upon reflecting back on the sessions and what I felt before and after, meditation is best explained as having time for yourself. Your heart is more powerful than your brain, and if you focus on your intentions, your brain is more likely to let yourself relax. Then again, it was perhaps the fact that it was a guided session that ensured my mind didn’t wander. If I was left on my own, that might not be the case. Since then, I’ve tried to utilise what I learned and have found myself sitting on beaches in green spaces with headphones on trying to meditate. Everyone’s journey to achieve a higher level of consciousness is personal to them, but the Golden Space is a great place to get the fundamentals down if it’s something you’re having trouble doing on your own.

Connect with The Golden Space in Singapore or on Facebook. 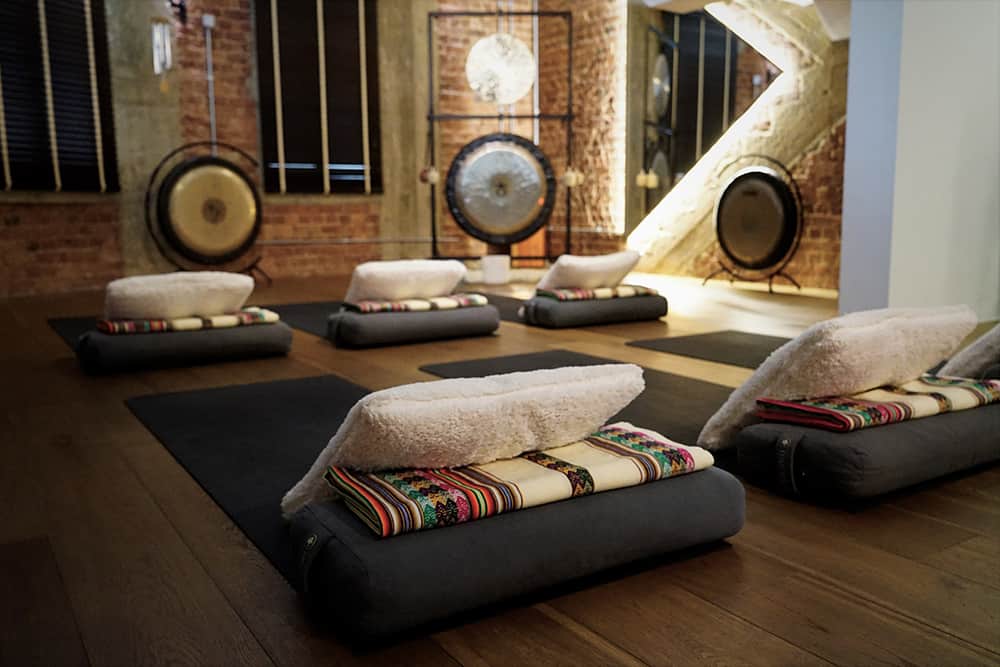 House of Ascend: Masters of Sound Therapy and Conquerers of Meditation