State of Emergency In Sudan: Managing Mass Floods Under A Transitional Government 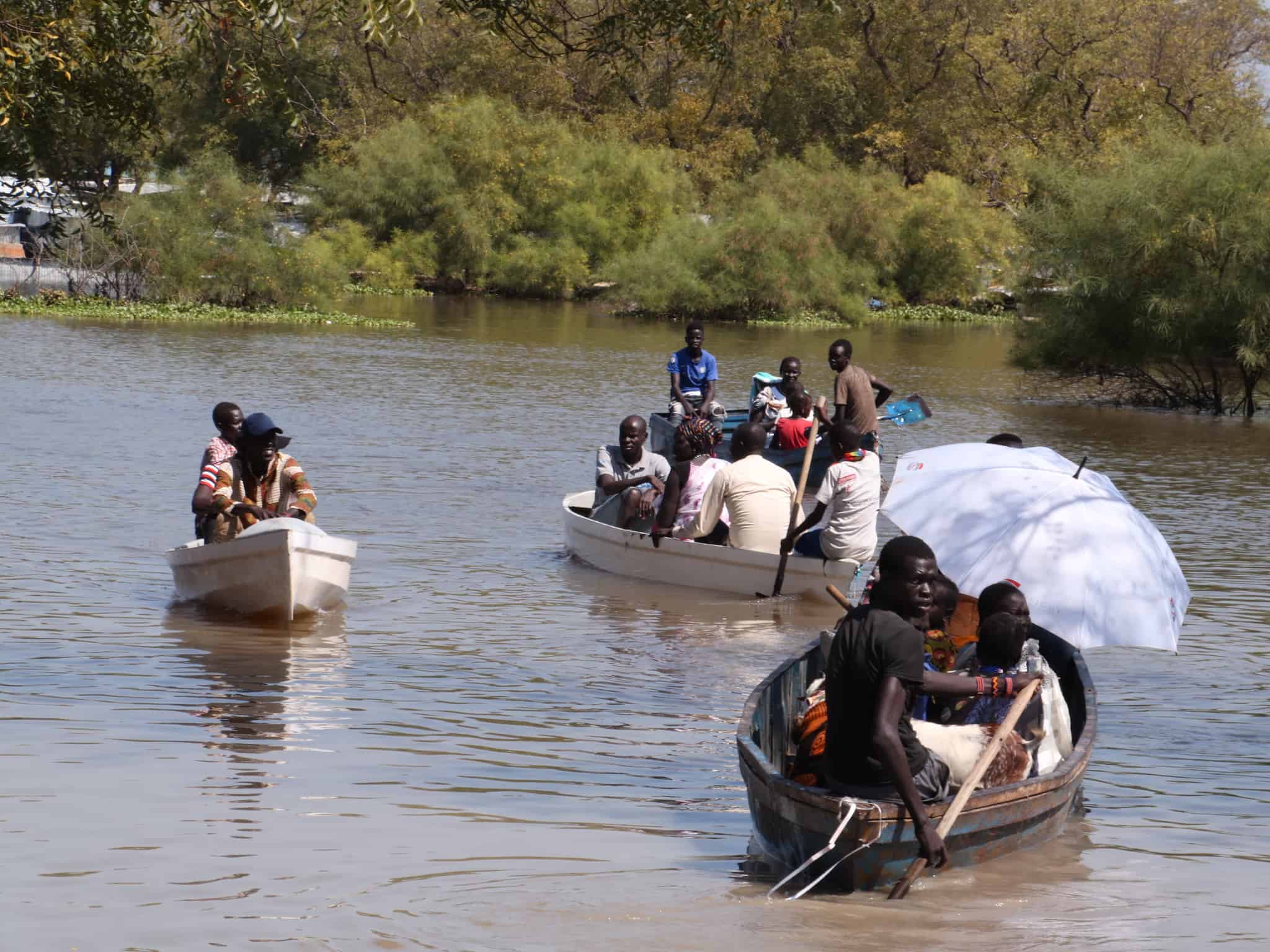 Sudan is facing extreme flooding along the Nile River, forcing the country into a state of emergency. Climate change disproportionately impacts countries in the Global South, and Sudan is among those most severely affected. Let’s take a look at what happened, why it could keep happening, and what can be done.

So what happened in Sudan this year?

Unexpectedly heavy rainfall in late July caused the Blue Nile River to rise by 17.5 metres– the highest in 100 years. Flood damage is ongoing, so far having destroyed over 2700 health facilities and contaminated 2000 water sources across Sudan. Unfortunately, these devastating losses will play a crucial role in the country’s ability to contain the deadly COVID-19 pandemic. 500,000 people have been displaced, over 60,000 homes and schools have been destroyed, and 115 people have died.

To cope with the damages, Sudanese authorities have declared a three-month state of national emergency, thus designating the country a “natural disaster zone”. 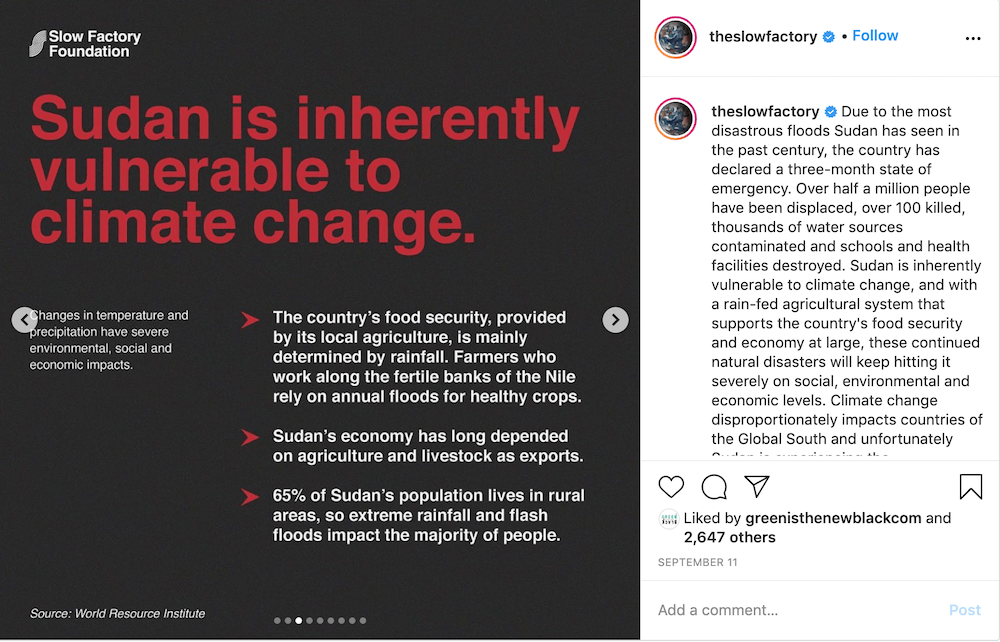 What does a “State of Emergency” entail?

In many ways, the alert is a declaration of economic emergency. Sudan, the largest country in Africa, has suddenly become dependent on the United Nations to scale up food assistance, as thousands of unhoused victims flee to makeshift shelters and camps, where many still lack “basic humanitarian needs like food, shelters and medicine”.

Al Jazeera reports that “Local communities [have] provided some food”, but the situation is intensified by the country’s already precarious political situation and economic downturn (more on that next). With a plunging currency, the prices of staple foods like bread and sugar have increased by 50% this year. The flooding reveals just how far-reaching the impacts of the environmental change is.

You might remember a “blue-out” on Instagram and Twitter around June last year. The hashtag #BlueforSudan began trending in solidarity with the Sudanese protestor Mohamed Mattar, whose favourite colour was blue. That story is an article in itself, but in short, social media users around the world began posting the blue square to show support for protestors in Sudan’s capital city, Khartoum, who were fighting against a brutal government crackdown that killed dozens (including the 26-year-old Mattar) and cut off power supplies. The paramilitary Rapid Support Forces group leading the regime was headed by a senior member in Sudan’s ruling Military Party, setting the scene for months of civil unrest. Today, Sudan is undergoing a transition to democracy, and the country is subjected to a complicated split ruling by both civilian and military leaders.

When politics control the climate

The already fragile relationship between leaders is further threatened as Sudan contends not only with natural disasters, but also a pandemic and a failing economy. I spoke with a correspondent living in Khartoum, who expressed that the rebuilding after the flood has become a “political game”. Military leaders have already attempted to leverage pandemic restrictions to consolidate power, and analysts predict that discontent over flood management could provide them with more opportunities to seize power.

During floods and droughts, people typically move to cities where their arrival “causes stress and shortages of already limited services”. The displaced also live in “acute” conditions that can “lead to disturbances that undermine stability and security”. Because 65% of the population live in rural areas, this year’s flooding will negatively impact the majority of Sudan. And that’s where we circle back to the role of politics in all of this: for the transitional government, this is a pertinent opportunity to look good for re-election. For example, reports from Khartoum highlight curated messages on social media that depict a positive narrative about police and military officers helping flood victims. In reality, civilians are under close surveillance yet receiving little or no help.

What’s happening in Sudan is emblematic of a greater problem that impacts many hundreds of millions of people in North and East Africa. In fact, Sudan, South Sudan, Egypt, Ethiopia, Rwanda, Tanzania, Uganda, Burundi, the Democratic Republic of Congo, Eritrea, and Kenya are all dependent on water from the fertile Nile River basin.

Water demand throughout the region is expected to soar with population growth and ambitious electricity initiatives gaining traction (Ethiopia and Egypt are in the midst of bitter disputes over extensive hydroelectric systems). But the floods in Sudan make it clear that poor water quality and extreme weather events are reducing the overall effectiveness of the river. The need for sustainable, cooperative trans-national management of the Nile River Basin has never been more critical. Still, there are also genuine fears that conflicts between governments about the use of water may be unresolvable.

The contamination of water sources is making matters even more precarious in government. Contaminated wells and stagnant pools of water increase the risk of contracting diseases like cholera, dengue fever, rift valley fever, and most recently, the novel coronavirus pandemic (as of today, the country is dealing with 13,653 COVID-19 cases, with a death toll of 836). Also, studies show that communities in Sudan “would be exposed to significantly increased risk of malaria” due to irregular water patterns and stagnation. As aforementioned, 2,700 health centres have been lost to the weather. Those that remain report shortages of medicine and equipment, which will present the government with significant pressure moving forward.

Is this climate change?

Floods are normal and expected in Sudan— this one wasn’t. Sudan’s food economy is generated by rain-fed agriculture along the Blue Nile river, which makes it particularly vulnerable to climate change. That is to say: Sudanese crops, and Sudan’s economy, is dependent on annual flooding. But due to increasingly unpredictable temperature and rain patterns, the region has been rocked by a series of severe droughts, so when the floods come, they come hard. Torrential downfalls are on the rise, but the region’s average rainfall has actually been decreasing at a rate of 0.5% over the last 60 years. Such changes in temperature and rainfall will affect the most important sectors adversely in Sudan, namely agriculture, water resources and health.

Can I do anything to help?

If you have the means, a great place to start is by donating to the Nafeer Initiative. Money raised will go towards conducting a field survey of affected areas, providing temporary shelters, covering urgent food needs, medical expenses, sanitation, training, and flood prevention. The truth is, countries like Sudan are always going to be the first to experience the impacts of climate change. Their vulnerability is a direct consequence of global neoliberal pressures to participate in a system of limitless growth. Climate trouble in the Global South is all the evidence we need to see that such growth is impossible without bloodshed. The way we can make real change is by attacking the root of the problem, which, in part, depends on working together and taking #littlegreensteps towards dismantling that system and changing our global consumption habits.