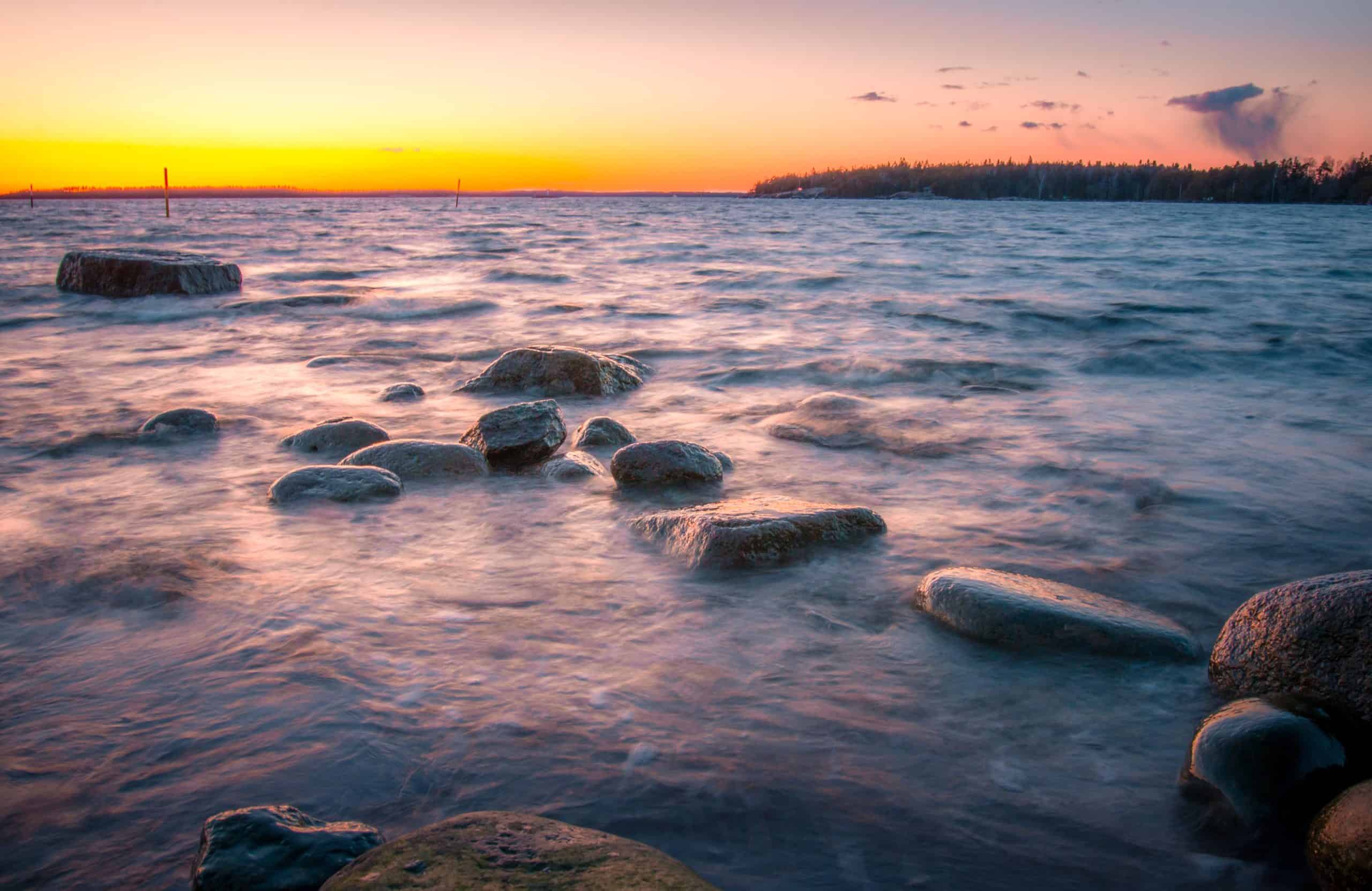 In 2019, Finland’s then left-leaning government pledged to make the country carbon neutral by 2035. And in a historic vote last week, the country’s parliament voted to commit to carbon negativity by 2040. Let’s dive into the world’s most ambitious and legally binding climate target…

Before we jump into Finland, confused by the carbon-neutral, carbon-negative jargon? The term “carbon-neutral” is sometimes used instead of net-zero, and they broadly mean the same thing: under a net-zero scenario, emissions are still being generated but they’re offset by the same amount elsewhere. Carbon-negative, on the other hand, means removing carbon from the atmosphere or sequestering more than is emitted. Rings a bell? Carbon capture and storage (CCS), which you might have heard of lately, is a part of this.

There are a few ways to move to net-zero: reducing fossil fuel consumption, improving efficiency to minimise emissions, and investing in sequestration and capture. But no technology can fully offset emissions. This is why carbon-negative approaches are also needed.

Assuming it is signed by President Sauli Niinistö, the law (as part of the Climate Change Act) would make Finland the first country in the world to make its commitment to carbon negativity legally binding. While speaking with Protocol, University of Eastern Finland international law professor Kati Kulovesi called the new targets “remarkable,”, particularly the carbon negativity commitment. The targets are based on a scientific analysis of the country’s nationally determined contributions.

The new law also updates absolute emissions reduction targets, requiring at least a 60% reduction by 2030 and 80% by 2040, as compared with 1990 levels. Finland had previously committed to an 80% reduction by 2050, so this change catapults the country’s progress forward by a full decade!

The country will need to rely on the removal of carbon and not just reduction. This comes in many forms: from the land-based (reforestation, conservation) to the highly technical (direct air capture). The Intergovernmental Panel on Climate Change has made it clear that CDR in some form will be a “necessary element” if we want to keep the planet’s warming to below 2 degrees Celsius (or, ideally, lower).

Is this the first time that a country has put in law that it will be carbon negative?

Bhutan is already “carbon negative”, absorbing more climate-changing emissions each year than it produces. The forests of the country are designed to reduce carbon. Bhutan’s “carbon negative” path began in the 1970s, when its then-king rejected plans to grow economically by cutting forests to make way for farms and industry. Instead, the king pushed for an economy built in part on sustainable forest management, with a focus on balancing conservation and development. Also in the carbon negative club: Suriname, a small rainforest country north of Brazil.

What do they have in common? Strong protection of their carbon-absorbing forests alongside increasingly tough measures to hold down climate-changing emissions, including efforts to adopt renewable energy, electrify transport and cut waste.

At COP26, they formed a formal alliance, signing a declaration calling for international finance, preferential trade, carbon pricing and other measures to support their economies and other “carbon negative” nations yet to emerge. (However, joining the club may prove difficult for Finland, given that the country still relies heavily on fossil fuels for its energy needs.)

According to Net Zero Tracker, only South Sudan has a more ambitious net-zero date than 2035, which is 2030 instead. Also, most developed countries including European Union (EU) and the USA have set 2050 net-zero targets. Additionally, Russia’s invasion of Ukraine has sped up Finland’s energy transition as the government pushed ahead with wind power and made buildings more energy-efficient and less reliant on fossil fuel heating.

According to Climate Change News, “Whether Finland meets its climate targets will largely depend on its forests, which cover three-quarters of its land area. Last week, Statistics Finland released figures which showed that these forests had, for the first time, released more greenhouse gases than they absorbed.”

Emissions from deforestation have been rising over the last decade, cancelling out emissions reductions. This was due to trees being cut down faster and planted slower, Statistics Finland found. Finnish logging companies turn their trees into pulp and paper and sell them to be burned for energy, which is often controversially advertised as climate-friendly and renewable.

In 2019, Finland’s left-leaning coalition government pledged to make the country carbon neutral by 2035 as part of a policy programme that included a major increase in public spending on welfare and infrastructure. Besides cutting back on planned logging investments, the 2035 carbon-neutral target – which was written into the law – required Finland to radically reduce its consumption of fossil fuels and peat, which together supply about 40% of the country’s energy needs. This was done through a rapid increase in wind and solar power production, electrification, bioenergy, and more.

To avoid buying out emissions through offsets, a commitment was made. “The target should not involve Finland buying credits for CO2-reducing projects in other countries,” the government said. The target will be met without relying on international carbon offsets, where one country pays another to reduce emissions on its behalf.

Fast forward to last week. Finland became the world’s first country to make a legally binding carbon negativity pledge. “There is an important gap between current measures and those required to reach the targets, and now there is a legal obligation to act,” University of Eastern Finland international law professor Kati Kulovesi told Protocol. Indeed, there is an obligation to act – we only have 8 years left to save the planet.