The Truth about Food Waste in Singapore (and beyond) 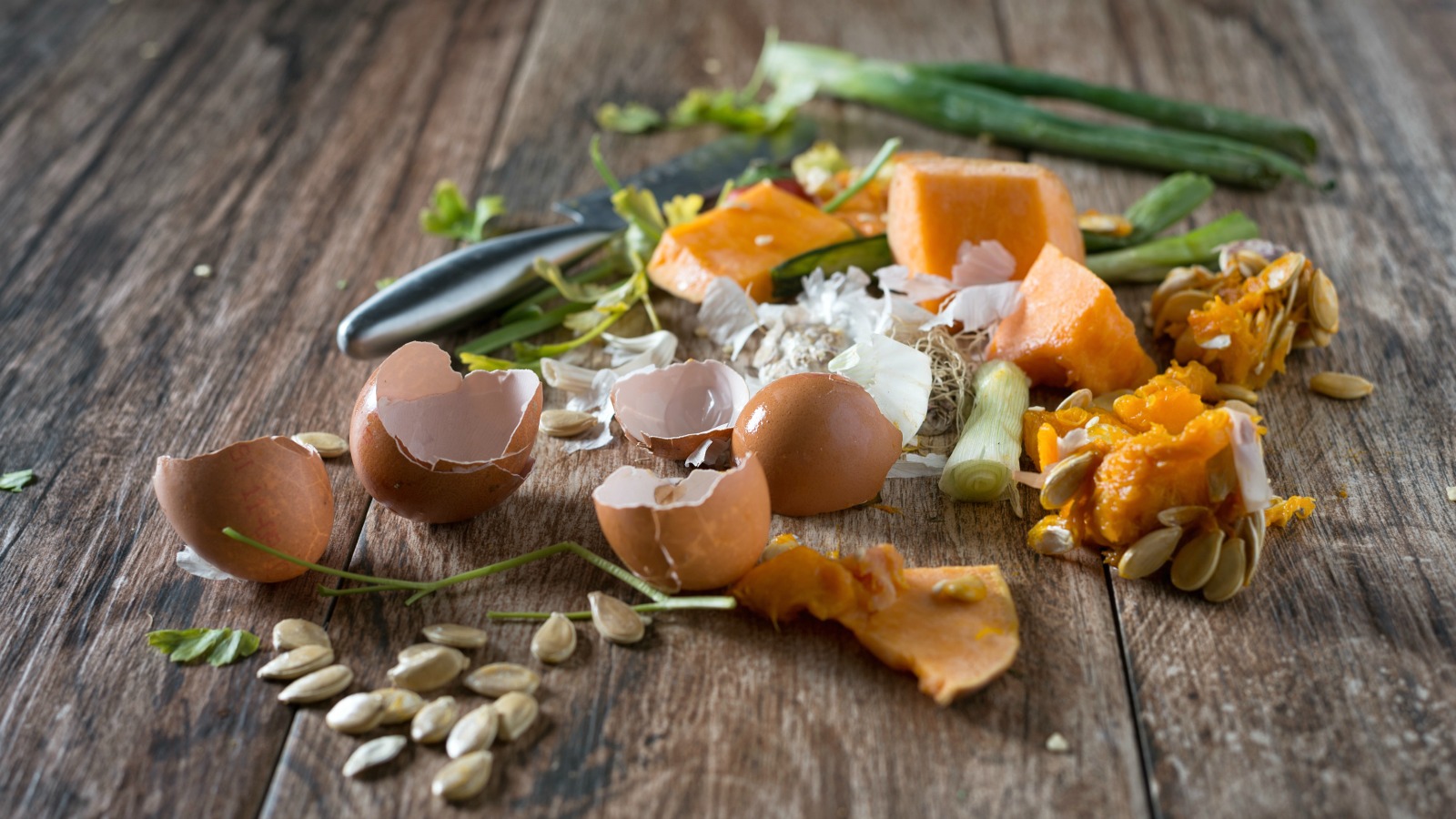 Singapore generates approximately 800,000 tonnes of food waste every year, which is equal to 2 bowls of rice per person, every day. Meanwhile, 1 in 10 people are suffering from food insecurity.

On the other hand, agribusinesses such as Syngenta or Monsanto are currently working on ‘innovative ways’ to feed the projected 10 billion on the planet by 2050 by growing the total food production, threatening the health of our lands while it would be more efficient and sustainable to work on reducing the global food waste instead.

Fortunately, innovators, entrepreneurs are coming up with creative solutions to upcycle or reduce waste, such as Tristram Stuart or the company Winnow. What should the real focus be? We think efficient and sustainable efforts to reduce global food waste should be top on the agenda.

What the government is saying…

Food is among the five largest sources of waste in Singapore. In fact, food waste has risen 40 per cent over the past 10 years. It now makes up about half of the average 1.5kg of waste disposed of by each household in Singapore daily. It’s no wonder that food waste is one of the main pillars of the government’s Year Towards Zero Waste campaign. Launched by the Ministry of Environment and Water Resources (MEWR), the National Environment Agency (NEA) has been encouraging the public to reduce food wastage. It encourages people to order only what they can finish; ask for less rice or noodles if they are unable to eat that much; and say “no” to side dishes they will not consume.

This follows NEA’s food wastage reduction publicity and outreach campaign calling for the public to “Love Your Food. Waste Less. Save More.”, which was launched in 2015. It aimed to raise awareness on the issue of food waste in Singapore and to encourage consumers to adopt smart food purchasing habits, better storage and preparation habits that can help them minimise food wastage.

Chief Executive Officer of NEA, Tan Meng Dui, said “We would like to create a pervasive culture where everyone will have an instinct to ‘buy, order and cook just enough’ encourage their friends and family to do the same, and even influence the practices and behaviours at their workplaces towards reducing waste.”

What a ‘food waste campaigner’ says…

‘Cutting food waste is a delicious way of saving money, helping to feed the word, and protect the planet’. – Tristram Stuart

Through his book, published in 2009, Uncovering the Global Food Scandal, and his TED talk, which had millions of views, Tristram Stuart exposed for the first time the scale of the food waste issue worldwide. Tristram is also the founder of Toast-Ale, an award-winning beer brewed with fresh surplus bread that has been influencing regulations and laws to reduce food waste worldwide.

In the same year as his book launch, Tristram launched “Feeding the 5000” project in London, a free public feast of food that would otherwise have gone to waste (usually coming from supermarkets, wet markets, farms restaurants etc.). This event has been since replicated worldwide, everywhere from New York, to London and even Singapore.

What should we do?

Of course, as the government rightfully points out, the most preferred method of dealing with food waste is at the source. Preventing food waste and reduction of it at the source is key. Redistribution of unsold and excess food waste is secondary, and the last is recycling and treating food waste. Various government initiatives can be found on the Year Towards Zero Waste campaign website. They are currently working on public outreach programmes, and developing R&D capabilities.

However, there is a lot that individuals and businesses can do too. We can look at innovative business solutions to both reduce food waste and to ensure that unavoidable food waste goes on to become something useful; such as to become compost for fertiliser to grow our next harvest of nutritious food. It also very important to keep raising awareness about these issues among the community, including the youths.

Food Bank Singapore is a classic example of an organisation that has been around in the food waste reduction scene for years. Companies and people can donate their unused or unwanted foods. These will be collected and allocated to the less privileged in Singapore, via VWOs, charities, and soup kitchens. However, there are many more impactful groups and new initiatives that have come up in recent years and months. Here’s a list of those we think are worth looking at:

Winnow connects commercial kitchens to the cloud allowing them to record and analyse exactly what is put in the bin. Working with thousands of chefs all over the world, they integrate AI solutions into the food space, with Winnow Vision. How does it work? The system takes photos of wasted food as it’s thrown away. Then, these images are recorded, and the machine trains itself to recognise what is thrown into the bin. Their clients have consistently cut food costs by between 3 and 8% yearly! 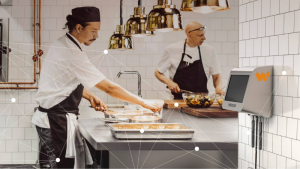 Undoubtedly one of Singapore’s most known community groups, SG Food Rescue has various initiatives to reduce food waste. The first is their Facebook group, where businesses can give away food to anybody who wishes to pick it up. The second is their Veggie Rescue programmes, where volunteers rescue fruits and veggies from retailers for their own consumption or for charities. They also collect some of these unsold veggies to restock community fridges. Thirdly, they also have community gatherings called “Kampung Picnic” where anyone can join the picnics and eat food that has been cooked from thrown away or expired ingredients and talk about food waste.

Every year, Singapore generates about 20,000 tonnes of fruit waste. UglyGood harvests this fruit waste and transforms it into valuable resources, a process known as waste valourisation. Fruit pulps and peels, mainly from the fruit juicing industry, are turned into raw materials for new products. Their products include natural cleaning solutions, live feedstock, and even essential oils!

Citizen Farm is a sustainable urban farming model with various amazing environmentally-conscious and socially-responsible initiatives. Firstly, they grow their own mushrooms and microgreens, have indoor hydroponics and aquaculture systems, and more. Secondly, they’ve produced the “Citizen Box”, which is a subscription box of farm-fresh produce grown and harvested entirely in Singapore. But when it comes to food waste, their work via Insectta is impressive. Their insects turn food waste into rich, usable fertility for their crops. In fact, they claim their insects are “one of nature’s most powerful and consistently underestimated resources.”

Not to be confused with UglyGood, Ugly Food strives to maximise the value of food resources, to offer healthy and delectable food products and to accelerate the minimisation of the impact of food wastage on the rapidly deteriorating health of our planet and the reduction of food-related poor health outcomes. How? They approach wholesalers, importers, distributors and wet market stall owners, gathering fresh produce, which would otherwise be wasted. Then, they turn them into healthy and delectable food products to be sold, including juices, popsicles and fruit teas.

treatsure is an imaginative startup tackling the age-old problem of food wastage with the power of technology and new solutions, via their app. Through the app, you can firstly participate in their buffet-in-a-box solution. You’ll go to a buffet restaurant and redeem a box or fill it up with items from the buffet line, which would have otherwise been wasted. Secondly, you can also order surplus grocery products from merchants they work with. 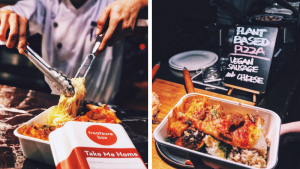 There are so many ways for Singapore to be home to more organisations collecting food waste to be transformed into valuable edible (or not) products; similar to how Toast Ale in the UK has been turning leftover bread into beers. But the #1 thing right now and the biggest #littlegreenstep you can take would be to be mindful about the waste we create in our own households; and it starts from the moment we shop to when we cook and when we dispose.

You don’t have to stop here- why don’t you find out all the other ways Singapore’s making 2019 the year of Zero Waste.

Born and raised in Nice, France, Paula has been very soon attracted by Asia studying in Hong Kong University and later on moving to Singapore to start her career as a consultant in Circular Economy. Her dream is to make sustainability more mainstream and attractive for everyone through smart design and communications. 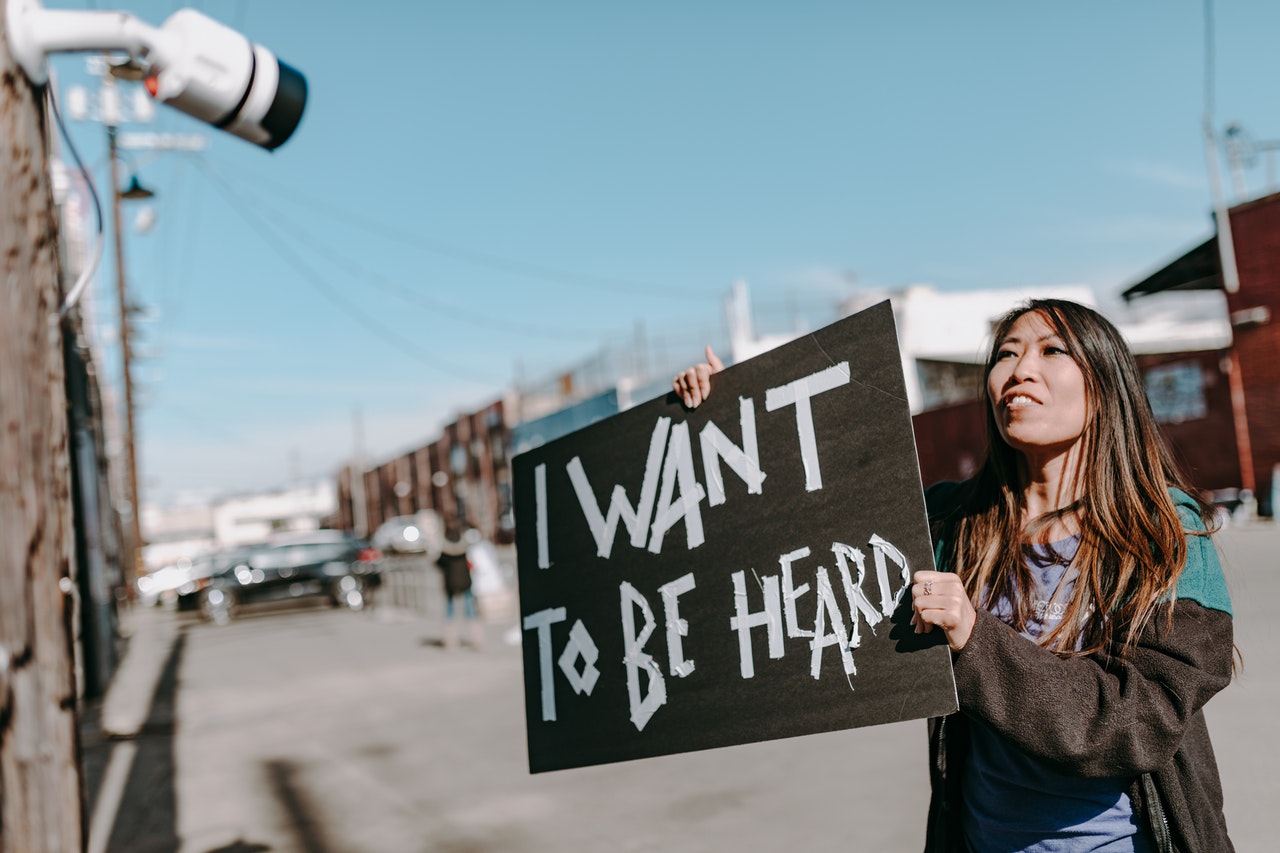 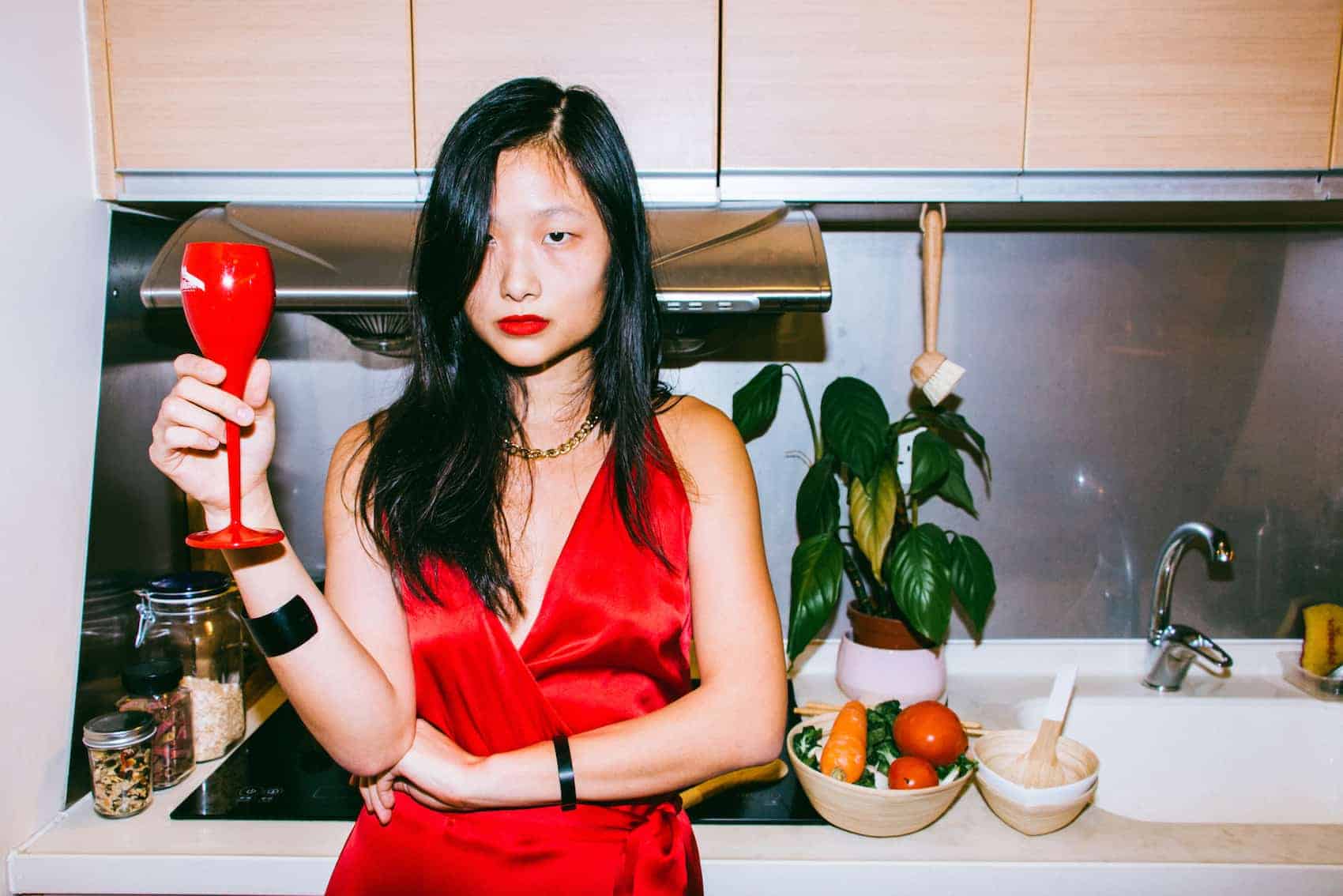 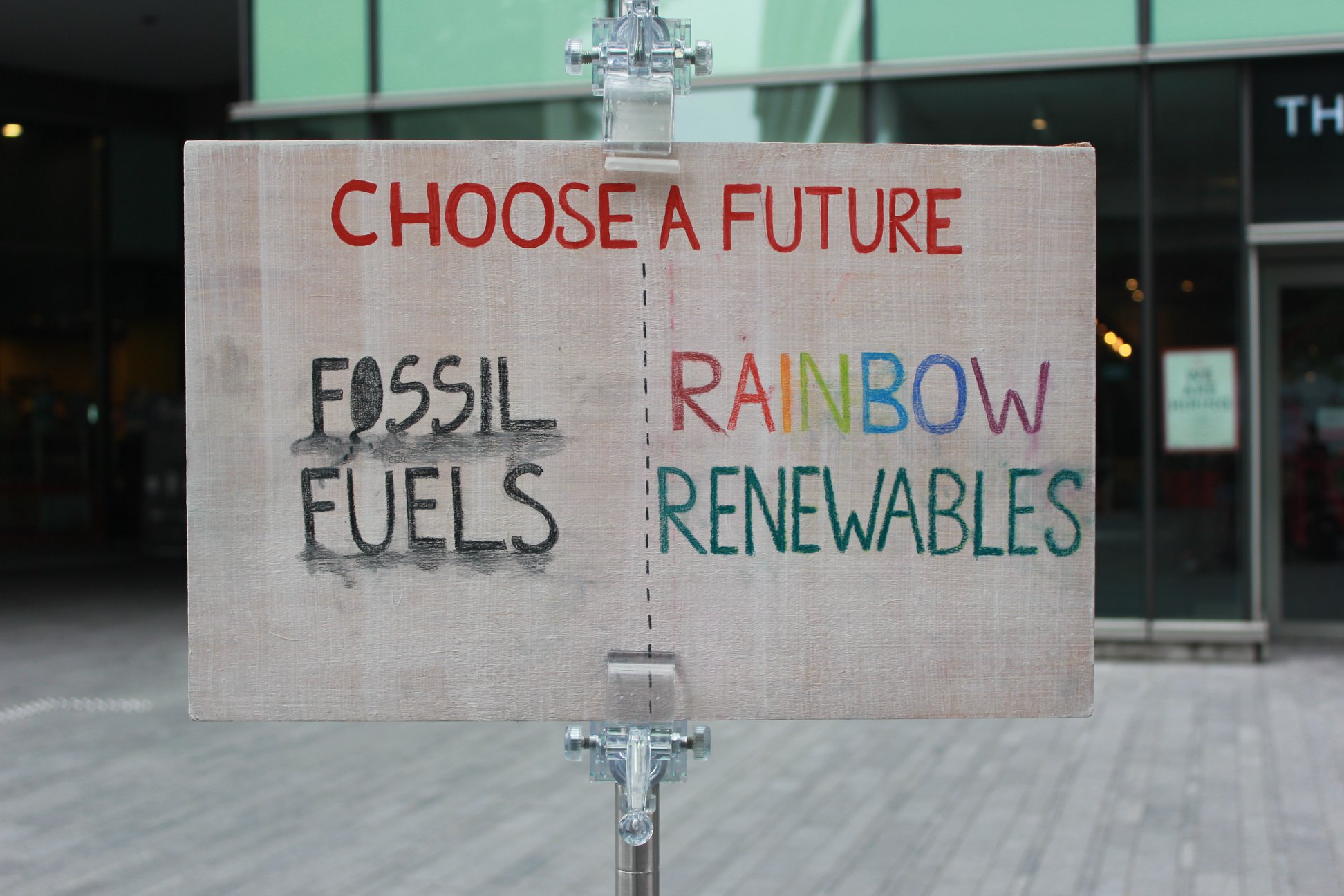