OPINION: The Environmental Impact Of Brexit

Brexit is looming. It has been over three years since the United Kingdom voted to leave the European Union in a historic referendum, and the current deadline for exiting is Oct 31st. While the implications of this decision will reverberate across the continent and beyond, what does it mean specifically for environmental policy? Here, Leanne McNulty provides the latest update on the environmental impact of Brexit.

Three years of negotiations, protests, debating, and political in-fighting, are due to culminate (supposedly) next week. But as with most things Brexit-related, there are no concrete answers, only predictions, debates, and theories. Will Britain exit the European Union on October 31st? Will there be a second referendum? Or what about a general election? Is a no-deal, hard Brexit all that’s left after three years of unsuccessful negotiations by two Prime Ministers? The UK is divided, and it seems the British public have no more answers than they did in 2016.

Last month, the Operation Yellowhammer no-deal document got leaked to the Sunday Times. It laid out predictions or “reasonable worst-case assumptions” for what may happen if Britain leaves the EU without a deal. It was pretty damning on all fronts. Unsurprisingly, predictions included that low-income groups “will be disproportionately affected by any price rises in food and fuel”. Disruption could last up to six months and will affect critical food and medical supplies.

Late last week, Prime Minister Boris Johnson returned from Brussels with a ‘new deal’. Though many have already pointed out it’s almost a copy and paste of the deal that Theresa May negotiated when she was Prime Minister. That was rejected by parliament three times. Over the weekend, MPs rejected the agreement again, leading Johnson to request yet another extension from the EU. Thousands have taken to the street to protest Brexit and demand a second referendum now that the public have more information on what it would mean for ordinary people. But what does all of this mean for environmental issues?

First, let’s take a look at how the UK is doing at present. 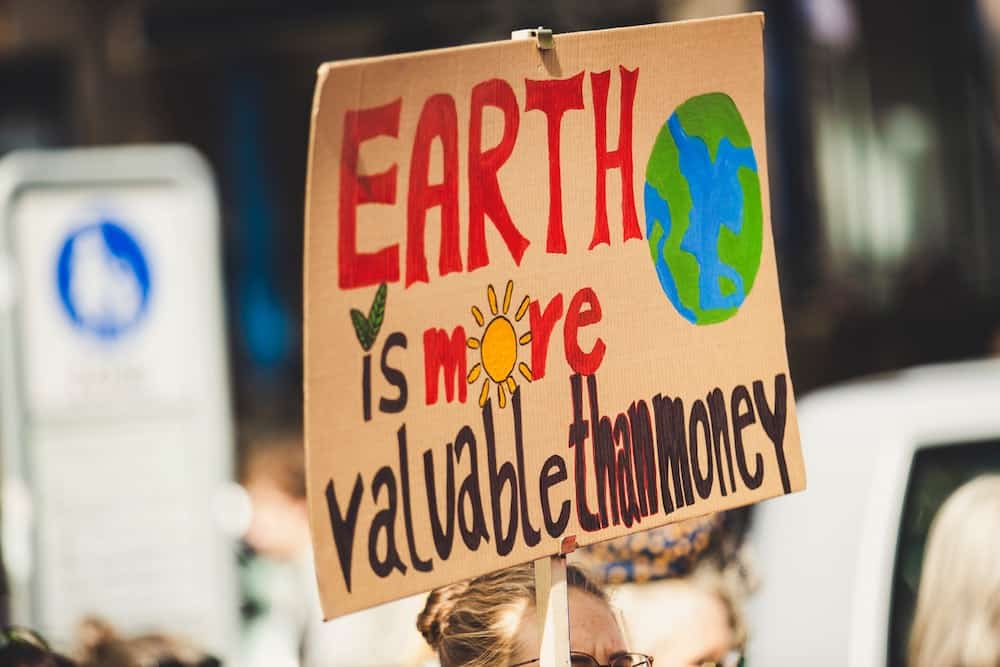 The UK is responsible for around 1% of global emissions currently. After the Extinction Rebellion (XR) protests in April, the UK government became the first to declare a climate emergency. Fires ravaging the Amazon forest further highlighted environmental issues and stirred emotions in the public that previous conversations had not. Greta Thunberg’s journey to the US by boat kept climate change in the public consciousness and provoked many a Twitter debate. However, there has yet to be any real action taken to tackle the emergency by the government. While scientists and environmentalists tell us we need net-zero carbon by 2025, the UK government has made its commitments with a target of 2050. But it is worth noting that the UK is the first major economy to make this commitment. As a result, environmentalists have continued to march, strike and rebel. The latest action being XR’s October Rebellion.

The current Conservative government made little to no mention of climate change in its 2017 manifesto. Its transport commitment even included support for expanding Heathrow Airport’s planned third runway. Activists point out this is in direct conflict with its declaration to lower carbon emissions. Tory leader, and Prime Minister, Boris Johnson has shown open contempt for the XR protesters in London, calling them “uncooperative crusties.”

Separating from the EU will be anything but simple. And the consensus is that rather than Oct 31st signifying the end of Brexit, it will merely be the beginning of a complex detangling process that could last for years.

When deciding post-Brexit environmental policies, Devolution, Trade and Legalisation will all be knotty and difficult to separate from existing shared EU policies. The key environmental issues to be tackled are Agriculture, Air Pollution, Climate Change, Energy, Fisheries, Nature & Biodiversity and Waste.

In the UK, environmental issues and policies are devolved. Meaning England, Scotland, Wales and Northern Ireland will have the autonomy to make decisions independently once the UK has left the EU. Without EU support and infrastructure, the UK can’t implement or enforce current environmental laws. While the government has committed to “cutting and pasting” EU environmental laws, in practice, it is more complicated. Especially where there are any references made to EU institutions.

When the UK leaves the EU, it will also be leaving the Common Agricultural Policy and Common Fisheries Policy. Financial support provided by CAP is critical for some farmers and without it, many will face enormous challenges.

Without a deal, there are no trade agreements. Meaning any agreement will have an impact on the environment, both domestically and internationally. Although the government has stated “The EU is keen to ensure that the UK maintains EU standards and does not become ‘the dirty man of Europe’ again.”, deals with countries outside the EU will not be regulated to the same standards. The US, who pulled out of the Paris Agreement, is particularly concerning. Another important consideration for the UK will be International trade in waste. Thanks to EU waste legislation, UK policy has moved on from landfilling most waste to more sustainable practices like recovery and recycling.

ClientEarth, Europe’s pioneering environmental law charity, is currently in a legal battle with the government regarding accountability on air pollution when EU rules no longer apply.

What is happening in the climate justice movement?

With Brexit hanging in the balance and a general election inevitable, it’s unclear who will be making critical environmental decisions. What is clear, though, is that vast swathes of the British public is feeling galvanised. There are initiatives country-wide, pushing for positive change and a growing concern in general for the climate and our environment. Following the April Rebellion, climate change surpassed Brexit and the Economy as the number one issue that the public is concerned about according to a poll carried out by YouGov. With huge numbers taking to the streets for the student and global climate strikes, it is clear that people are becoming increasingly involved in discussions and watching the government closely. In addition to organised strikes and marches, trends towards more sustainable and eco-friendly lifestyles are increasing in popularity.

In light of current air pollution levels, there is a growing push to make cities more bike-friendly and encourage commuters to leave their cars at home.

Due to customer demands, supermarkets are making changes. These include a considerable increase in the availability of affordable vegan food, reducing plastic packaging in fruit and vegetable aisles, and swapping plastic packaging in bakeries for paper. These changes are making eco-swaps much more accessible and commonplace. There has also been a sharp rise in small, local bulk stores where customers can refill their containers.

While current projections look like Brexit will negatively affect the environment and climate in the short term, it is clear that the public will not sit back and allow that for long. In a time of division caused by the referendum, climate justice appears to be bringing people back together. Record numbers of people joined the first week of Extinction Rebellion’s October Rebellion. And while many have criticised the movement’s tactics, there is widespread agreement that the climate crisis needs to be the top priority for whichever party leads the country in a post-European Union world.

As XR Actions continue to disrupt life in the UK, many critics are calling for the focus to shift on nations causing the most damage: China, India and the US. China, which is responsible for 30% of global carbon emissions, has been called out in particular. With the UK looking further afield for trade deals after Brexit, many are concerned that trade with China will mean disastrous results for the planet. But could this be another opportunity for the UK to affect positive change in China through trade discussions?

While the challenges the UK are about to face are clear, re-thinking major policies also present an opportunity for the UK to become a real global leader in tackling climate change.

View all posts by Leanne McNulty