The Conscious Scoop: What Happened in Davos? 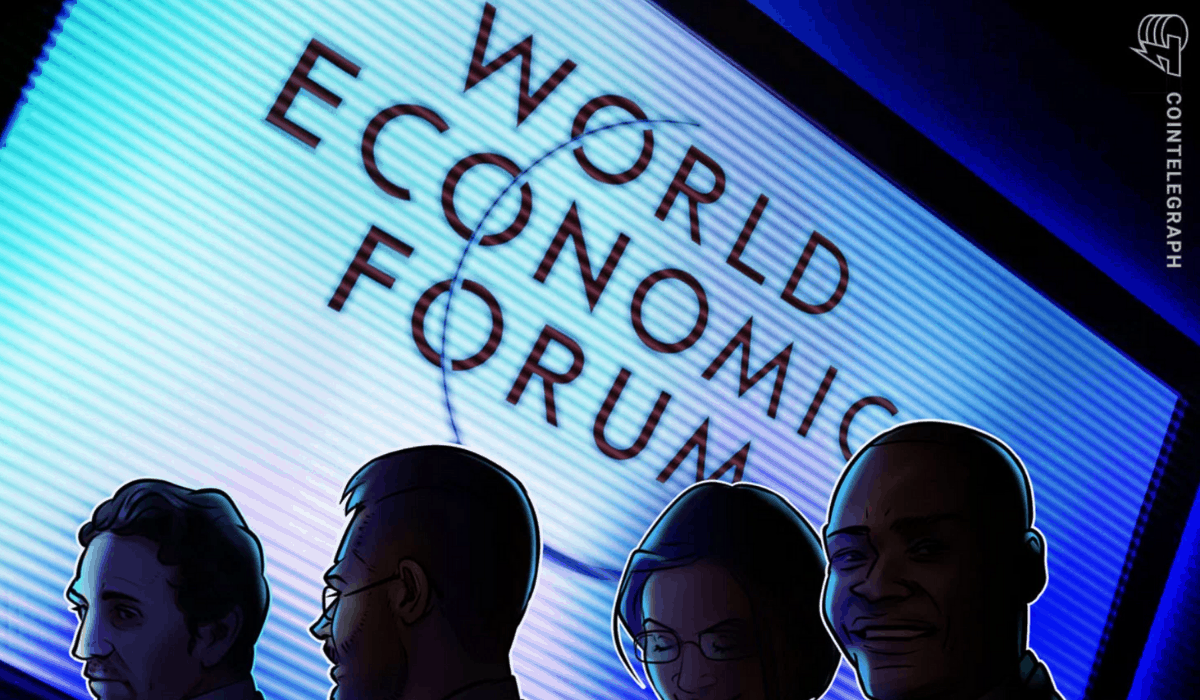 Ah, Davos. We meet again. What happened in the latest gathering of important folk talking about climate change? (And what’s this about a Doomsday Clock?) Read on to find out this week’s top environmental stories.

Davos: all the updates, STAT.

First of all, if you didn’t know, the Davos World Economic Forum (WEF) brings together (every year) business leaders, investors, politicians, and journalists from around the world to discuss current global economic and social issues. It’s held, of course, in the small ski resort town: Davos, Switzerland. It’s an invite-only event, meaning everyone attending is super important. But also, everyone there is super out of touch. (Or so many people say.) This year, it designated the theme to be: “Stakeholders for a Cohesive and Sustainable World”.

Yeah, talk about ambitious. So what happened? Here’s the low-down of what happened at the meeting described as the place where billionaires tell millionaires how middle classes should live their lives.

We found out the world’s consumption of materials hit a record 100bn tonnes this year.

The report was launched by the thinktank Circle Economy at Davos. The headline? The global economy’s material use has quadrupled since 1970. That’s far faster than the world population, which has only doubled. We only keep a third of materials in use after a year (think buildings, vehicles, etc.), 15% is emitted as gases, we waste a third (as in, landfill). And we discard almost a quarter into the environment. How much is recycled? 8.6%.

“We risk global disaster if we continue to treat the world’s resources as if they are limitless,” said Harald Friedl, Circle Economy’s chief executive. “Governments must urgently adopt circular economy solutions if we want to achieve a high quality of life for close to 10 billion people by mid-century without destabilising critical planetary processes.”

Marc de Wit, the report’s lead author, said: “We are still fuelling our growth in population and affluence by the extraction of virgin materials. We can’t do this indefinitely – our hunger for virgin material needs to be halted.”

Big businesses are big talkers about climate action, but details? Not so much.

Many companies said that they would aim to lower their emissions to net-zero by 2050. They seemed, as it were, to be listening to the science. Companies from Microsoft to BlackRock, who took a big hit last year, have pledged to address the climate crisis. What’s emerged is a “coalition of major financial institutions, representing $4.3 trillion in assets [saying they will] take steps to minimise carbon-heavy investments in [their] portfolios and lobb[y] other investors to join.” BlackRock’s CEO Larry Fink even penned a letter, saying that sustainability is now going to be the centre of its investment approach. But the problem is: no one outlined concrete steps. Few companies and investors provided details on how they would transition.

Even Fink said that “the energy transition will still take decades”, even though action needs to happen now. Hmm.

Big banks and financial companies are getting kind of ridiculous…

Mike Corbat, chief executive of Citibank, had this to say: “I don’t want to be the sharp end of the spear, meaning I don’t want to have to be the one telling [companies] or enforcing standards in an industry or business.” And here’s David Solomon, chief executive of Goldman Sachs: “If you’re looking for a line, there’s not a line. Should we not raise money for a company that is a carbon company or a fossil fuel company? The answer is no. We’re not going to [stop doing] that.” And finally, Brian Duperreault, chief executive officer of AIG even said that there are “good” coal companies and that he’s not quite ready to impose a blanket ban on offering insurance to coal companies.

We’re not sure why this is happening, but these men sure are making some absurd statements. It’s getting to a point where we’re not even sure whether we’re in a climate crisis! (We’re joking – of course, we are.)

Coca-Cola, if you didn’t know, is the world’s most polluting brand. (According to a 2019 audit on plastic trash around the globe conducted by Break Free From Plastic. Nestle was second place, and Pepsi was third.) At Davos, its head of sustainability, Bea Perez said that the brand wants to be “part of the solution”, and pledged to use at least 50% recycled material in its packaging by 2030. But it fell short of what the campaigners wanted—ditching plastic. Why? Perez told the BBC that it’s because consumers still want them. Why? Because they reseal, and they’re lightweight. She said: “Businesses won’t be in business if we don’t accommodate consumers.”

A petition’s been circling to tell Perez (and the rest of Coca-Cola’s bosses) otherwise.

And finally, the Associated Press cropped out Ugandan climate activist Vanessa Nakate from a photo, making it whites-only.

You could only imagine the backlash. AP cropped out Nakate – who was posing for photos alongside prominent (and white) climate activists including Greta Thunberg, Loukina Tille, Luisa Neubauer and Isabelle Axelsson. The photographer “cropped it purely on composition grounds”, and there was “no ill intent”. In response, Nakate made a video, highlighting the erasure of brown and black voices in climate activism, even though they’re representing communities that are disproportionately affected by the climate crisis.

Share if you can
What it means to be removed from a photo! https://t.co/1dmcbyneYV

All in all, Davos has been quite a disappointment. (And we haven’t even started on the attendees of the WEF and how they got to Davos. Spoiler alert: private jets.) Climate activist Payal Parekh, wrote for The Guardian, “While Australia is burning and frontline communities all over the world are threatened by the very real consequences of the climate crisis, Davos-style meetings will never give us the answers we need.

A crisis of this scale needs scalable and just solutions – whether that’s a Green New Deal, divestment from fossil fuels, or decarbonisation targets in richer countries being rapidly brought forward. If the rich and famous at Davos really want to tackle the climate crisis, they should make this the last World Economic Forum.”

BONUS: Doomsday Clock moves closer to midnight than ever before.

In 1947, experts from The Bulletin of Atomic Scientists created the countdown. Why? To warn of the threat of nuclear armageddon. But today, it takes into account the likelihood of other emerging threats. Climate change, of course, being one of them. In 2019, the Clock didn’t move. Now, it’s just 100 seconds away from striking 12. What does that mean? Here’s the statement from the Bulletin: “Humanity continues to face two simultaneous existential dangers – nuclear war and climate change – that are compounded by a threat multiplier, cyber-enabled information warfare, that undercuts society’s ability to respond. The international security situation is dire, not just because these threats exist, but because world leaders have allowed the international political infrastructure for managing them to erode.” 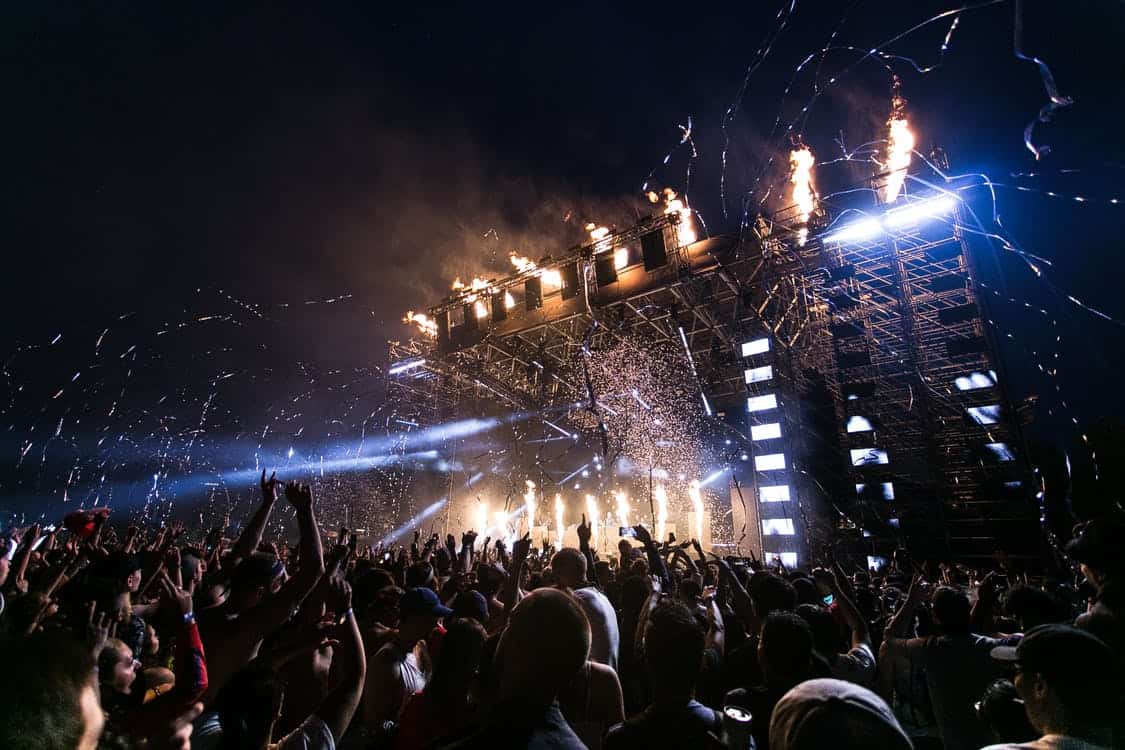