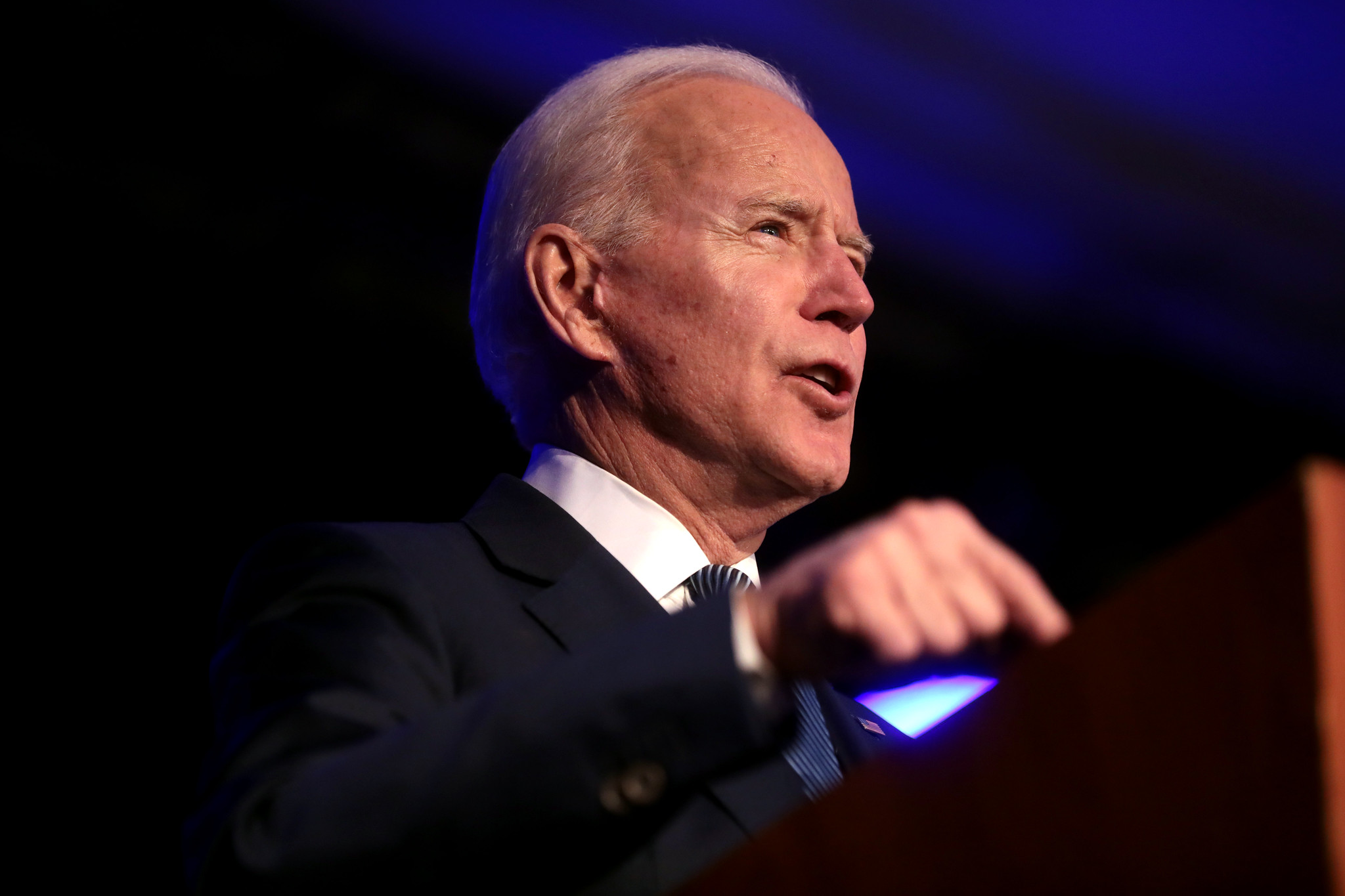 This week: Biden unveils a big, bold climate plan that activists seem to be getting behind. The World Economic Forum says that a nature-led coronavirus recovery is the way forward. BlackRock gets tough on climate action. But also, some not-so-great news about emissions. Catch up on this week’s top stories below.

If it sounds crazy, it’s because it kind of is. Gina McCarthy, former EPA administrator, said that the plan was “by a long shot – the most ambitious we have ever seen from any president in our nation’s history”. Biden’s proposal outlines $2 trillion for clean energy infrastructure, among other climate solutions. He wants to spend it as quickly as possible in the next four years. (For reference: last year, he proposed $1.7 trillion in spending over 10 years.) In his climate policy speech, he spoke of jobs in EV manufacturing, upgrading buildings and cleaning up after extractive industries. He added that he would incentivise Americans with money back for switching to cleaner cars and more efficient homes. Overall, he’s aiming for a clean electricity system including renewable power and nuclear energy by 2035.

Aside from jobs? Frustratingly, he won’t ban fracking for natural gas, but he would prohibit new fracking on public lands. Additionally, Biden would focus on labour unions and environmental justice communities. Biden would “create a national crisis strategy”, The Guardian reports, “to ensure that government responses are equitable, start a taskforce to decrease climate risks for the most vulnerable, and establish an office of climate change and health equity.” Interestingly, a Biden official said that the programme would be funded by tax increases for corporations and “asking the wealthiest Americans to pay their fair share”.

Unsurprisingly, a Trump campaign spokesman called Biden’s plan a “socialist manifesto”. Socialist or not, we’re inclined to think it needs to happen. (And so do the activists.)

Today the Dem nominee gave a major speech on the climate crisis in the midst of a pandemic and every major network carried it live.

Those of us in the trenches of the climate movement for last decade or more know how historic that is.

Something has shifted. This is our moment. https://t.co/jtjdic41aj

It feels like every other week, we’re writing about how a post-viral world needs to have environmental concerns at the forefront. This time, it’s a report from the World Economic Forum about how tackling the global nature crisis would create 400 million jobs and $10 trillion in business value each year by 2030. (You don’t need to be an economist to understand how significant that is.) The report also warns that we cannot go back to business-as-usual—in which there is continuous destruction of the natural world. It highlights that a nature-first approach from business and political leaders will be a jobs-first solution. (Aka: yes, we can have both!) Inevitably, some workers will lose jobs in unsustainable industries, but the report urges governments to ensure a fair and just transition.

Jennifer Morris, head of The Nature Conservancy, said: “Nature simply cannot afford for us to waste any more time. None of this will be easy, system change at this scale never is. But WEF’s report underlines that it is our collective responsibility to transform the ways in which we eat, live, grow, build, and power our lives.”

Including the big guns like ExxonMobil and Volvo too. Remember when chief executive Larry Fink said in January that BlackRock would be getting tough on groups that were slow to take action on climate change? In a newly released report, BlackRock highlighted that it’s since placed 244 companies “on watch” for insufficient progress on climate issues. Specifically, it took voting action at the annual meetings of 53 companies over climate issues so far this year, through voting against the re-elections of directors. Now, let’s not forget: many investors are still angry with BlackRock for not being supportive enough of climate resolutions. But Dan Gocher, director of climate and environment at the Australasian Centre for Corporate Responsibility, said: “That’s an interesting use of their power.”

“The willingness to vote against directors is something other investors aren’t willing to do.”

4. The world is facing a “rising chance” of exceeding our 1.5°C target…

Nations of the world agreed in the 2015 Paris climate accord that we would keep warming within 1.5°C to avoid the worst climate impacts. Presently, researchers say it’s already warmed more than 1°C compared to pre-industrial levels. (And it’s supposed to stay around this level for the next five years.) But here’s where the bad news starts. Previous studies have said that the short-term chances of going above 1.5°C were 10%, but that’s now doubled. And it’s still going up. The World Meteorological Organisation just said that we’re going to break the 1.5°C threshold within the next five years.

“If the 1.5°C threshold is broken in one of the coming years, the experts stress it won’t mean the targets are invalid. However it will, once again, underline the urgency of significant emissions cuts to prevent a long-term move to this more dangerous, warmer world,” writes BBC.

5. Methane emissions have been rising globally over the past decade.

According to two new studies that tracked the growing sources of methane, the soaring increases in its emission, along with carbon dioxide and other greenhouse gases, could lead us to a world warmed not just beyond the 1.5°C threshold, but a 3-4°C one. “This completely overshoots our budget to stay below 1.5 to 2 degrees of warming,” said Benjamin Poulter, an author on both studies. Where is the methane coming from? The biggest increases can be attributed to agricultural activities (especially livestock) and the fossil fuel industry. (We’re not surprised.) And before you ask: yes, human activities account for around 60% of global methane emissions!

It’s not just carbon emissions we should be worried about anymore.