The Conscious Scoop: Inside Missguided 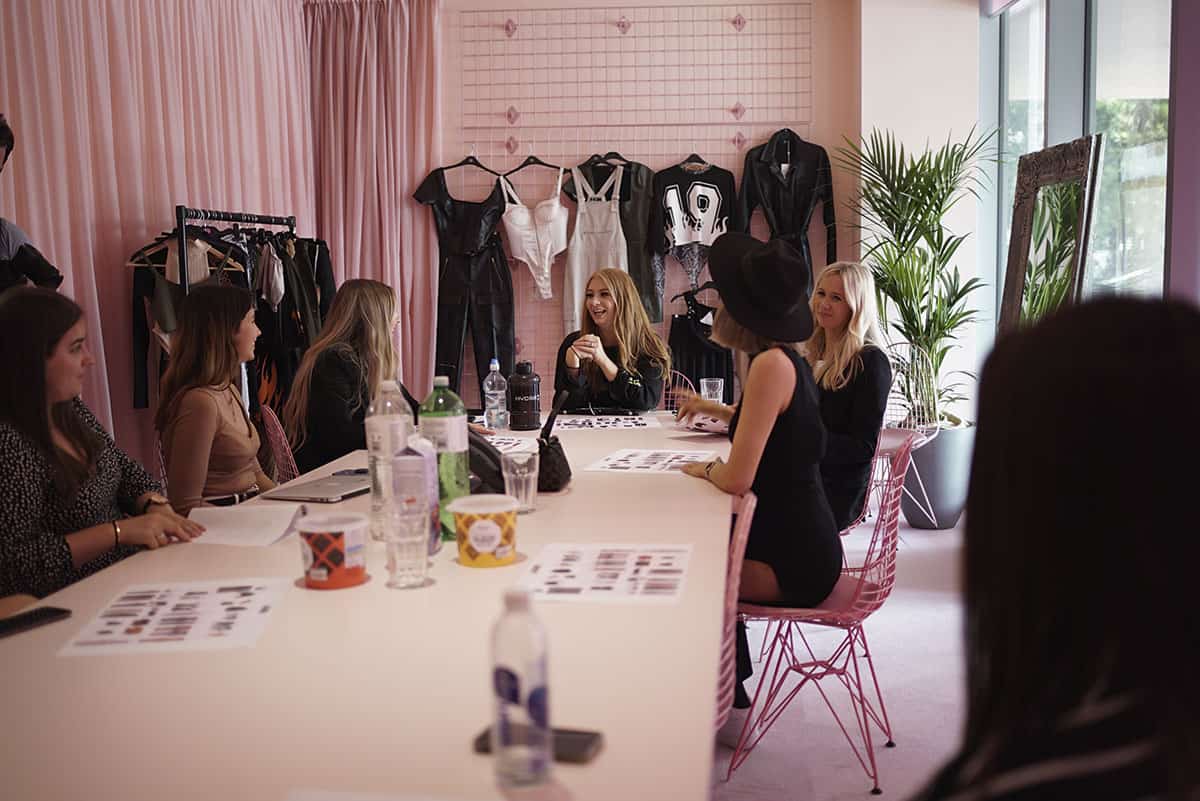 A fast fashion brand got the spotlight on British television last week. And spoiler alert: it’s not an exposé. (Oi, didn’t we just talk about how shit fast fashion is?) If it sounds like a trainwreck, that’s because it was. We break down why it missed the mark, and how it should’ve done better.

Before we dive into the hot mess that was Inside Missguided: Made in Manchester, we need to do a recap. First of all, it’s not the first time Missguided has been in hot water. If you’ve been following fast fashion scandals for at least a year now, you would’ve remembered the last time the Internet got mad at Missguided. Yes, it was about the £1 bikini. For those of us who aren’t familiar, this is the gist. Around this time last year, Missguided dropped a £1 bikini. And not just a few, but 1,000 a day. In its caption, it boasted that this was the bikini “that everyone will notice (but your bank account won’t). Understandably, the sustainable fashion community was outraged, and a lot of conversation about fast fashion, ethics, affordability and size inclusivity was had.

But the anger came and went, and the saga drew to a close. The UK-based multi-channel fast fashion retailer continued to flourish, and here we are today. This new saga draws attention to a conversation that wasn’t quite the focus the previous time, so we’ll indulge. But first: an overview.

INSIDE MISSGUIDED: WHAT IT WAS

Inside Missguided was a (half-assed attempt at a) documentary that aired on the UK’s Channel 4 (aka national television). Why its executives decided it was a good idea to participate in greenwashing for a fast fashion brand beats us too. PS:

Anyway: it aired, and really we all think—know—it was just propaganda for Missguided (hence: greenwashing). We won’t give you a play-by-play because honestly, it’s not worth our—and your—time. However, it might be helpful to get an idea of what the documentary was about before we get to the conversation we want to be having. So here are some (rather alarming) snippets…

1. A buyer from Missguided haggles over an $8 dress to get it made cheaper by a factory in India and the team praises said buyer. And at the same time, Missguided tries to bag Love Island‘s Molly Mae Hague with a £350k contract and an £80k Range Rover. (Molly doesn’t drive, by the way.)

2. Mostly female staff from Missguided spend a lot of time thinking about different ways to market the same kinds of clothes (and basically rebrand consumerism). At one point, Treasure, the star of the show, literally says “we live and breathe and eat and shit Instagram and bloggers and influencers.”

3. Missguided’s founder, Nitin Passi, a (clearly) super-rich man, subtweets Missguided’s 2017 scandal—one of its suppliers was found to be paying staff £3 an hour—and reassures us that Missguided has “sharpened up [its] act because in the past [it hasn’t] always got it right”. Passi claims that Missguided shouldn’t be lumped together with other fast fashion brands: “we’re not all bad”.

Why is that so? Well, we’ll be getting to the crux of Inside Missguided for that.

“COMMITTED TO EMPOWERING ALL”?

That right there is the brand’s tagline. It’s also definitely the point that the documentary was trying to drive home. Female empowerment was everywhere. Most of the staff were female, and they were hustling from shoots to fittings to offices. Women were running the show, it seemed. And, Missguided will have you know, these women were given opportunities they would have never had. Treasure’s rags-to-riches story was (supposed to be) a shining example: she went from leaving school at 16 to travelling the world at 28.

And as Hannah Marriott notes in The Guardian, “[t]he dream Missguided is selling to customers is presented as a class issue, too; the clothes a route to self-confidence for everyday women.” Not only are the female staff empowered, but Missguided’s female customers are also too. Clothes are kept affordable—note: not “ridiculously cheap”—and size-inclusive: Missguided wants you to know that it’s not “only hot, skinny girls [that] wear our clothes.”

I will never buy from @missguided again after that documentary. Poses that are for ‘fat people’, a curve model who is ‘too full figured and too much for a shoot’ and lowering the price of their suppliers. Hard pass. #insidemissguided

FEMALE EMPOWERMENT? NOT SO FAST…

The narrative falls flat when you open your eyes a little wider. And at some points in the documentary, you don’t even need to try to pick the narrative apart. Like when Olivia, one of Missguided’s employees said this: “[i]t might be owned by a man, but it’s definitely us who run the show”. (To be clear, that’s exactly the problem, Olivia: women aren’t actually being empowered if the company’s founder and top-level executives are all men.)

More problematically, as Sophie Benson explains for Dazed, “[g]laringly absent in all four of the series’ episodes is any real consideration for the majority female garment workers that fast fashion brands owe their success to.” Is it really female empowerment if the only females who are empowered are those who work in the fancy corporate offices or those who buy the clothes? And not those who make them? (And no, before you ask, we don’t buy what it’s selling us: Missguided is definitely not paying its garment workers decently.)

So what is it, really?

Benson sums it up perfectly in her incisive piece. “The programme’s vision of female empowerment,” she writes, “imbued with “drinking pints, swearing, and getting [their] tits out”, is solely aligned with western success and a specific – namely white – type of woman. Essentially, it feels like an outdated throwback to the corporate ‘girlboss’ feminism that dominated, and peaked, in the 2010s, before it was found wanting for any real substance or semblance of inclusivity.

This week’s episode is live! 🥳 Swipe to read how @missguided spurred on our conversation about the imminent death of girl boss culture. As always, you can listen through the link in our bio! Let us know what you think ⬇️

Ultimately, this documentary feels less like a celebration of female empowerment and more like a piece of brand-led propaganda for fast fashion, tacitly championing the exploitation that fashion activists argue it engenders.” But are we surprised? No. Because Missguided’s entire business model is built on this #girlboss feminism. It’s in the slogans of its t-shirts, slapped on the captions of its Instagram posts, and parroted by its employees. Worst of all, it’s seen in the way its (mostly) female garment workers are never part of the conversation.

So this documentary falls right within its tone-deaf trajectory. As Lucy Siegle highlights: “[i]t’s a fictitious portrayal of aspiration and consumerism. It’s upholding this business model and there’s no scrutiny.”

What now, you ask? Well, Missguided isn’t going to stop doing what it’s doing tomorrow. And probably not in the near future either. It’s survived scandals before, and will most likely survive this one. What we can try to do, however, is agitate the system to move away from enabling these unethical fast fashion moguls. Being conscious of Missguided’s performative feminism is a start. Not shopping from it is a good follow-up too.

The next step is to educate yourself and your community about fast fashion and why it’s so bad. Read up about the #fashionrevolution and support garment worker initiatives. Then listen to and platform garment worker voices. Because if we’re talking real feminism, these are who we need to be hearing. This conversation we’re having right now? It’s only the beginning.