by Keith Wo
Reading Time: 2 minutes
Share this story: 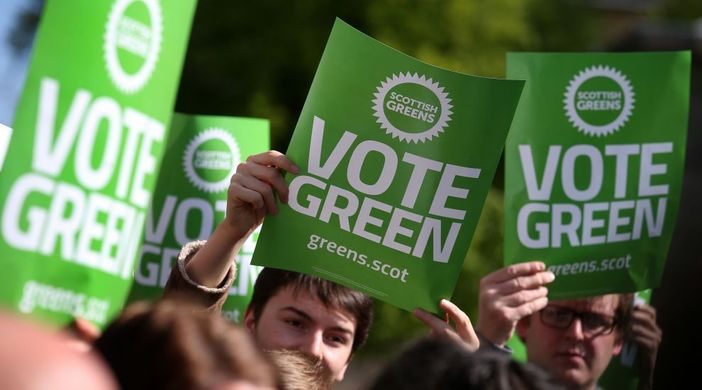 This week’s conscious scoop is about the EU and the Philippines standing against climate change. Also, Malaysia, WWF Singapore and Waitrose fight against plastic pollution. Read more for the latest news.

1. The Green Party received record support for the EU Elections.

The Green Party’s popularity has surged and the voting rates doubled to 22% from the previous elections, while other parties suffered in the EU elections last week. They reached the second spot in the percentage of votes received this election. This is because of the rise of environmental action by youths. Specifically, the climate change movement. Think Extinction Rebellion and Greta Thunberg inspiring a global climate movement.

The power of the people can truly inspire change, even in the government.

2. 270 food and beverage outlets in Singapore to do without plastic straws.

The World Wildlife Fund (WWF) is also committed to fighting plastic pollution. They have teamed up with multiple restaurants and chains like SaladStop and Nandos for this initiative, to either provide no straws or only upon request, by 1 July this year. It is in line with their target of hitting zero non-recyclable single-use plastics by 2020. According to a survey, 62% of Singaporeans use a plastic straw only because it comes with a drink. So if outlets do not provide them, most Singaporeans won’t be jumping mad.

Good job for another campaign to reduce plastic straws and plastic pollution.

3. The Philippines requires students to plant at least 10 trees to graduate.

The main motivation for the government is the preservation of the tree-planting tradition. In a country that is made up of many islands, planting trees helps combat climate change. They believe that, if properly implemented, they can plant at least 525 BILLION trees in one generation, with 17.5 million students graduating per year. They are still doing their best to combat illegal logging through improved tracking to reduce deforestation.

If this sounds crazy, China already beat them to it.

And that’s only part of the 3000 tonnes of waste Malaysia wants to send back. Other Southeast Asian countries like the Philippines and Vietnam also import waste from more developed countries. However, Environment Minister of Malaysia, Yee Bee Yin, said that they did not want to be the ‘dumping ground’ of the developed world. This waste harms the vulnerable communities in Malaysia. More precisely, plastic pollution. Much of the imported waste non-recyclable or highly contaminated residual waste, which has to be burnt, causing air pollution.

Every country should start stepping up to be zero-waste.

Waitrose is doing their part to combat plastic pollution too. They have launched a refilling station in Oxford for customers to buy items in bulk. Shoppers will now have to bring in their own reusable containers and jars and fill them up. They have also tried other initiatives to break up with plastic. For instance, they have completely removed single-use plastic bags.  We hope that these supermarket chains will have more outlets with refilling stations in the future.

If there is Waitrose for the UK, there is Unpackt for Singapore.

Keith is a locally-based environmentalist, currently studying in Yale-NUS and is the Chief Sustainability and Design Officer of MBF. He is passionate about sustainability issues and, as the content creator of Bizsu, he educates the public about them.