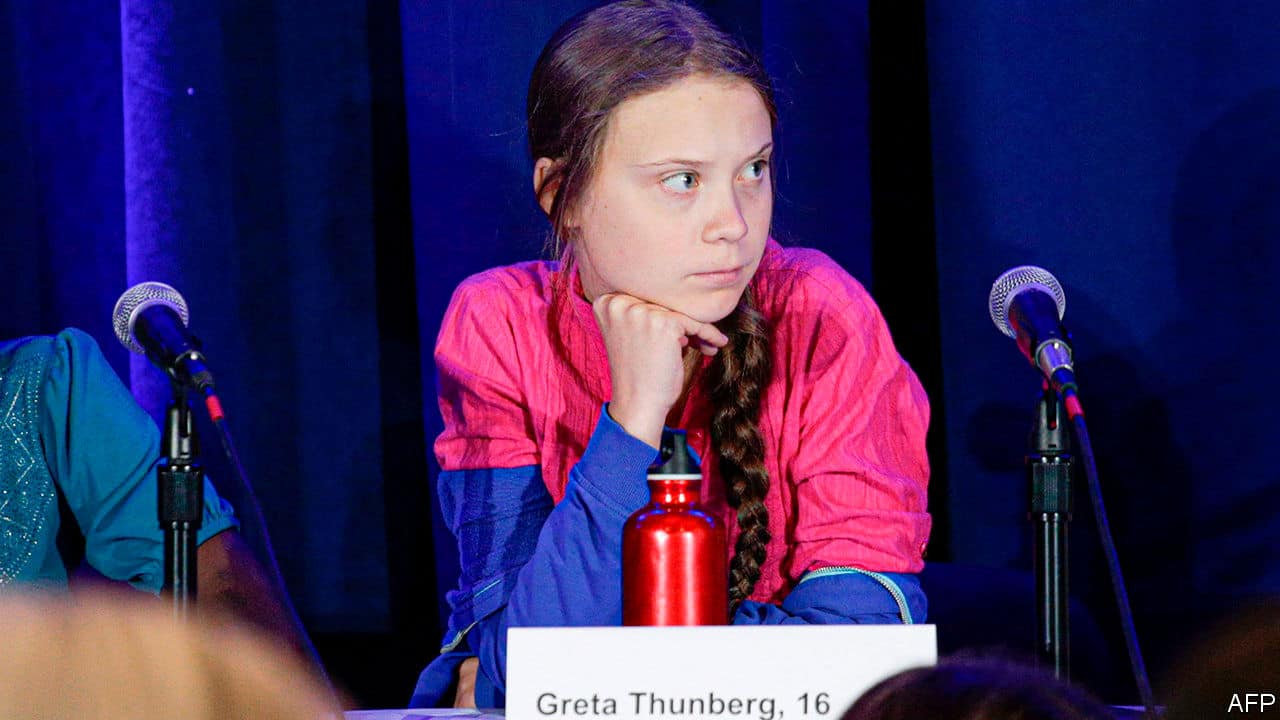 It seems like every week the stakes get higher and higher; this week we’ve got new climate models and special reports, Greta Thunberg calls out world leaders at the UN Climate Action Summit, and so much more. Catch up with all the latest news below.

French researchers unveiled new climate models that showed the Earth’s average temperature could rise by 6-7°C above pre-industrial levels by the end of the century if drastic action isn’t taken now (looks like civilisation collapse isn’t such a far-off thought after all?) Joeri Rogelj, associate professor at Imperial College London, said that “what we need to do to keep warming to safe levels is extremely simple. Global greenhouse gas emissions need to decline today rather than tomorrow, and global CO2 emissions should be brought to net zero.” These new models are going to form part of the UN IPCC’s Sixth Assesment Report. To give you some context, the worst-case scenario presented in the Fifth Assessment Report, published in 2014, was warming of 5°C.

“We have better models now. They have better resolution, and they represent current climate trends more accurately.”

2. IPCC Special Report warns of a bleak future for oceans and frozen regions.

The IPCC Special Report on the Ocean and Cryosphere in a Changing Climate (SROCC) is one of a few special reports that focus on the latest science on climate change. They are released in between the IPCC Assessment Reports (the big, sweeping ones that usually get everyone very worried). This new report details what they’ve learned about the impacts of absorbing atmospheric carbon dioxide on oceans and their denizens, and in coastal areas. A collaborative effort between 104 scientists from 36 countries who evaluated 6,981 studies. The conclusion? The rate of warming in the oceans has more than doubled since 1993. Melting of the two great ice sheets blanketing Greenland and West Antarctica is speeding up, accelerating sea-level rise. West Antarctica’s glaciers may be so unstable that they are past the point of no return. IPCC vice-chair Ko Barrett said that “the consequences for nature and humanity are sweeping and severe.”

3.  Impacts are accelerating as we speak, according to a new report by the World Meteorological Organisation (WMO).

The science is saying that the signs and impacts of global warming are speeding up. The years 2014 to 2019 are the warmest on record so far. CO2 emissions have hit new highs. But most worrying is the increased sea level rise, it seems. WMO Secretary-General Petteri Taalas said that “we are concerned that an abrupt decline in the Antarctic and Greenland ice sheets, which will exacerbate future rise. As we have seen this year with tragic effect in the Bahamas and Mozambique, sea-level rise and intense tropical storms led to humanitarian and economic catastrophes.”

The study, BBC reports, underlines the fact that wherever you look on the planet right now, the story is the same. Human-induced warming is impacting the scale and intensity of extreme weather events.

4. Most of the world’s biggest firms are “unlikely” to meet Paris climate targets.

To be more precise, by “most of the world” we mean over four-fifths of the world’s largest companies. In the study of almost 3,000 publicly listed companies, analysts found only 18% have disclosed plans that are aligned with the international consensus to limit rising temperatures to 1.5°C. A third of the world’s top 200 companies still do not disclose their greenhouse gas emissions. Almost half of all the companies included in the study have a near-term score that aligns with the Paris targets, although these efforts will be insufficient in the longer term. Apparently, only a fifth of these companies will remain on track by 2050.

Companies can do better, and they should.

5. Despite Greta Thunberg’s viral speech at the UN Climate Action Summit, there was little action.

Unfortunately, there was too much talk and too little action (though if you follow the UN, this won’t surprise you). Greta, as you may have seen from social media posts, got emotional in her raw, honest speech at the Summit after the Youth Summit. “This is all wrong,” she said, “I shouldn’t be up here” (she is still very much a child, and she should be enjoying her childhood. But the world leaders, in shirking their responsibilities, have taken that away from her). “People are suffering. People are dying. Entire ecosystems are collapsing. We are in the beginning of a mass extinction. And all you can talk about is money and fairy tales of eternal economic growth. How dare you!” (and let’s not even get into the details of the disappointing responses of some world leaders). And yet, despite the urgency in Greta’s speech, nobody did very much. Some made significant announcements, but the biggest emitters (China, the US, and India) barely budged.

It’s disappointing that Greta has the guts to say what world leaders don’t.

Image credit: AFP via The Economist