TALKS: What We Learned About CONSUMING at The Conscious Festival 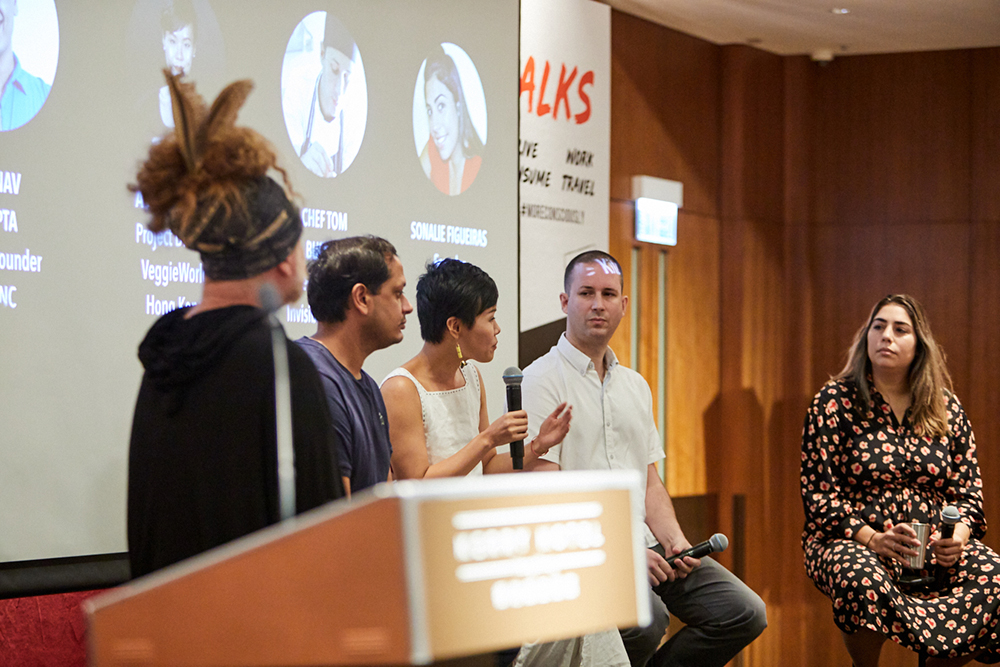 Sunday at The Conscious Festival in Hong Kong brought about the second day of talks, panels, and discussions. The first half of the day focused on consumption and here we recap highlights from the track with the common theme of slowing down.

Here is what panelists had to say:

We learned about alternative proteins and plant-based movements

In a panel of sustainable food champions featuring Manave Gupta from Brinc, Bobsy Gaia from Mana!, Adeline Chan from Veggie World, Chef Tom Burney from Invisible Kitchen and Sonalie Figueiras from Green Queen & Ekowarehouse, the opening statement set the tone for the conversation: “We no longer see the universe made of atoms but made of consciousness.”

Together the panelists feel that people are finally waking up and that this won’t stop. “We are shifting from looking at the world made of materials towards a consciousness philosophy,” they said. “Why? Because we realized the world is not working; it has started a while ago but it’s escalated exponentially.”

An influx in entrepreneurship has resulted in a big impact in the plant-based community. The presence of an increased motivation has also helped and while it’s not entirely where it could be, it’s growing. In Hong Kong, more and more people are asking for alternatives which means more and more people are looking for solutions. The panelists came together on Sunday afternoon to try to raise awareness and create a momentum. Here are the key problems, solutions, and observations that were discussed on the panel:

> Most chefs are too scared to take on the ingredients such as tofu as alternative proteins because it isn’t easy to cook western food with plant-based proteins and be creative
> Food truck with Impossible Foods at Tai Koo Place left people amazed with creations like vegan smoked salmon, vegan pulled pork with banana skins, and vegan scotch eggs
> Cell-based meat is an alternative for people that want something that taste the same (otherwise they won’t transition)
> Stem cell from animals can be regrown into tissue: there is no death
> Many people don’t subscribe to that and still stand for organic food because cell based meat is still MGO
> Alternative proteins are still the best solution because we need to take care of the environment
> We still don’t have full social acceptance; people feel emasculated
> As big brands getting on board to make this social move, it’s getting better
> We should have started this movement yesterday, we are running out of time
> Takeaways: stay aware and talk to people – we need to take responsibly and share to the world 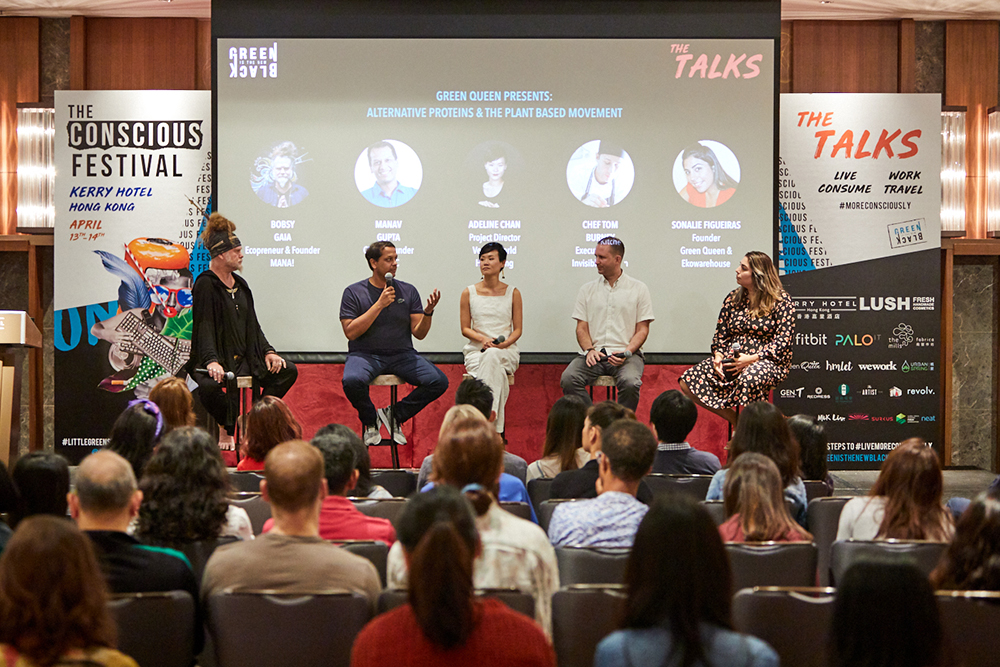 We learned about how to slow down fashion

Christina Dean from Redress gave a talk about the impact of the fashion industry on agriculture, oil industry, metal, and mining. 10 percent of CO2 emissions come from fashion and it the current rate, by 2030 the industry will need 45 percent more land, which is outrageous given that this is for fashion. Asia is already facing is a massive crisis with regards to waste and this is the most important thing we need to solve. Here are some of the solution Christina is working towards:

> People need to wear their clothes for longer so we need better quality clothes
> We need to move to a circular economy
> Sustainable fashion needs to target the fashionista as the Impossible Burger has targeted meat lovers
> Fashion needs to be accessible and affordable
> We need to see fashion for what it really is, the roots of fashion
> Fashion is art: if you think like this, fashion has the power to change consciousness

“Packaging had to go,” is how Annabelle Baker from LUSH started her talk called ‘Ask me why we’re naked’. Lush’s new package-free line is called Naked and its goal is not only reduce packaging, especially in Hong Kong where there is no space for recycling and items are being moved out instead, but also for inventors to create better products. She also announced that LUSH would be opening an entire store dedicated to the Naked line where the consumer will have the power. Their strategy is also to not advertise this but to work on the consumer spreading the worth of mouth – they’re not interested in selling dreams but instead focused on buying only what you need. “We as a consumer should be paying for what is in the packaging. You don’t have to pay for disposing of it.” 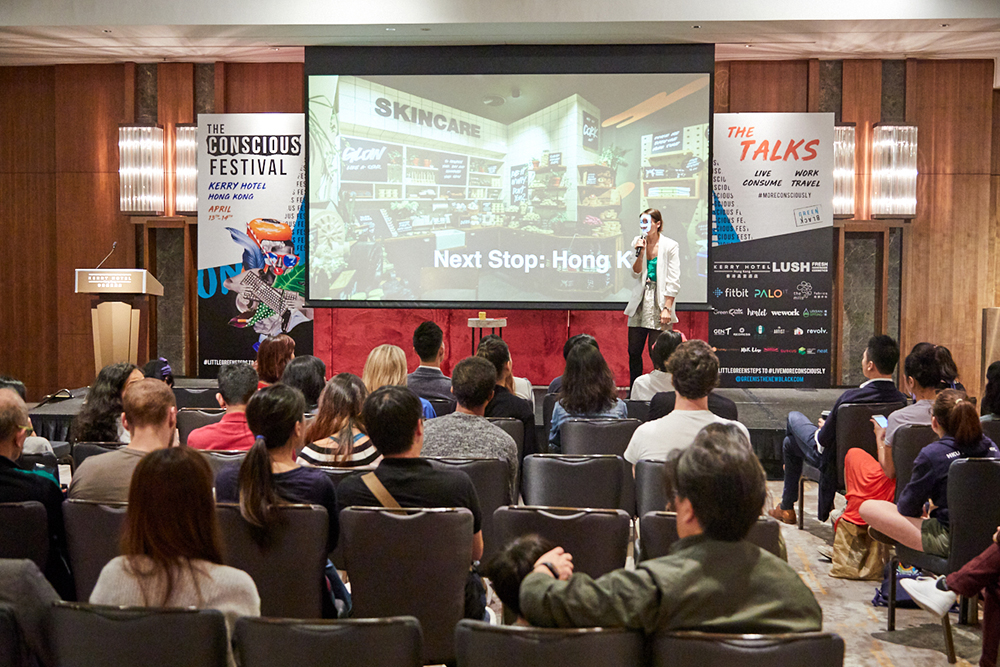 We also learned about plastic salt

Chloe Rees from the Dentsu Aegis Network talked about a beach clean-up that yielded in 50 bags of rubbish but what was more terrifying was the discovery of microplastic. “There is a need to do more,” she said. 90% of salt around the world contains microplastics. A key takeaway is the introduction of a collaborative initiative between GITNB and Dentsu that aims to draw awareness about what’s ultimately going onto our plate – read more about it here. She closed out with a reminder: “Sustainability is not always on the agenda on the corporate side.”

Finally, we learned about the limits to growth

Brian Reilly from Revolv, Cherry Ho from The Mills, Philippe Li from HK Recycles and Nicholas Gordon from the Global Institute For Tomorrow sat on a panel that highlighted how we think about growth. The whole world is waking up for one but people are still choosing disposable products instead of usable products because the very convenient.

> Consistency is key – keep using the same cup (no need for a different shape, etc)
> Make a little more effort and move beyond consumption habits
> Brand need to take responsibility and use more sustainable materials
> Brand need to think about the second life of the product and create products with materials that can be recycled
> Consumers also need to look at the end of this stage when choosing the components of the products they chose
> Is it possible that things are too cheap? Things are way too cheap in terms of the recycling view

If you enjoyed this, check out what we learned for living and working at the TALKS too. 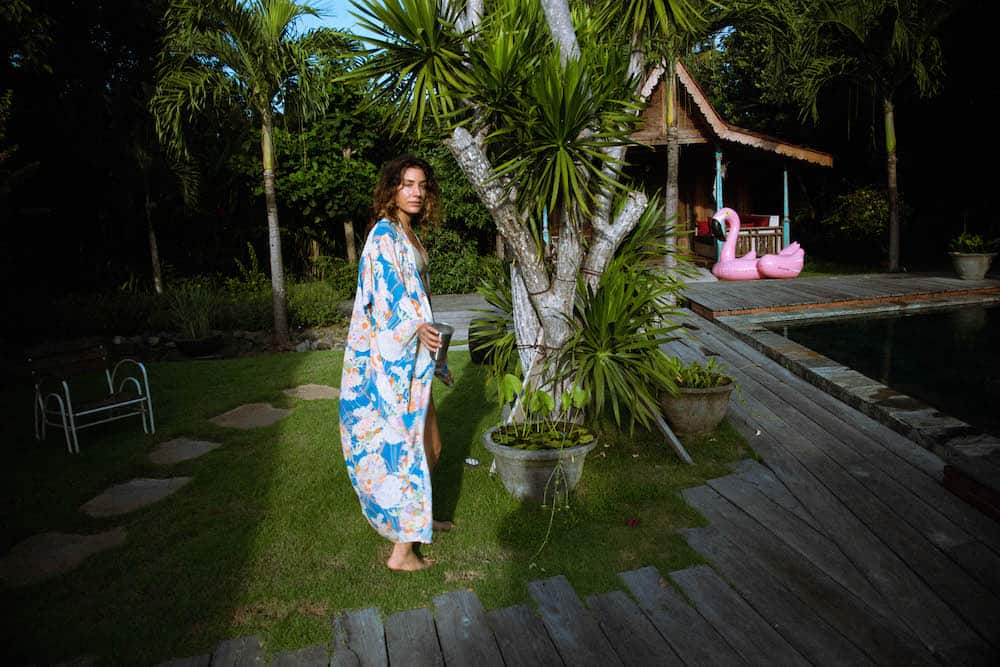 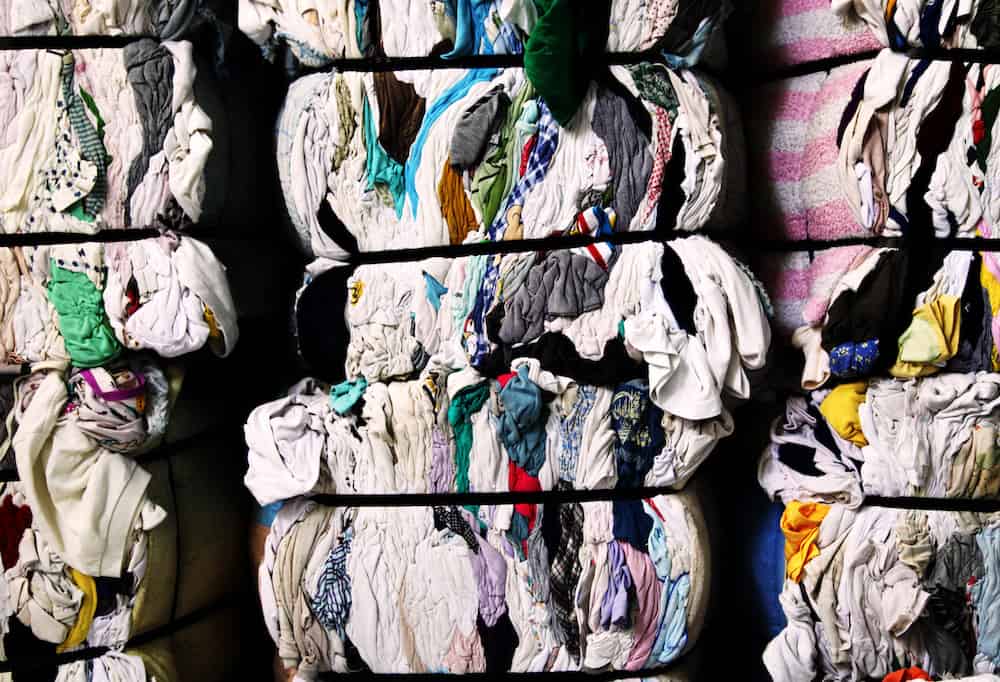 OPINION: Say No To Black Friday: Closing The Loop On The Fashion Industry 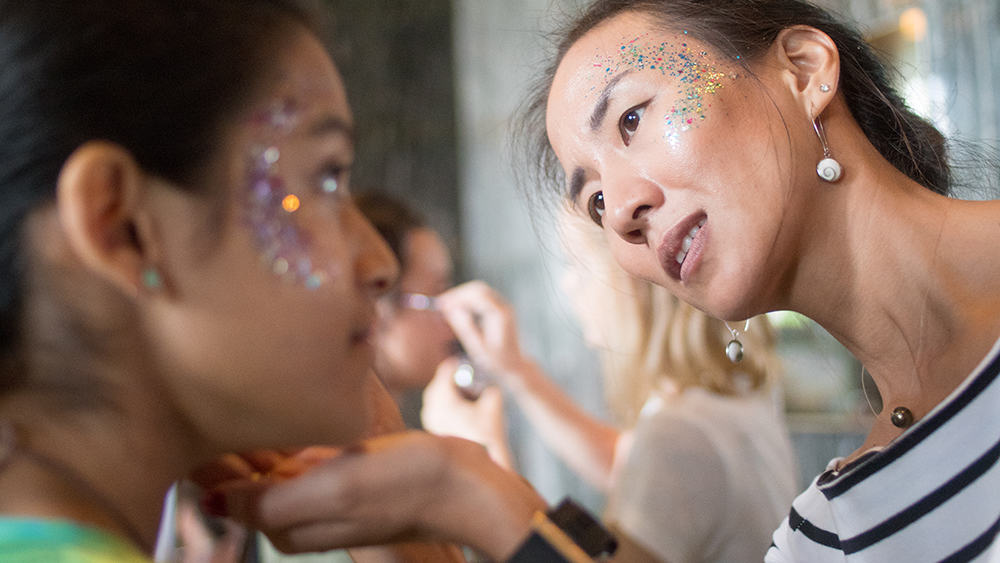