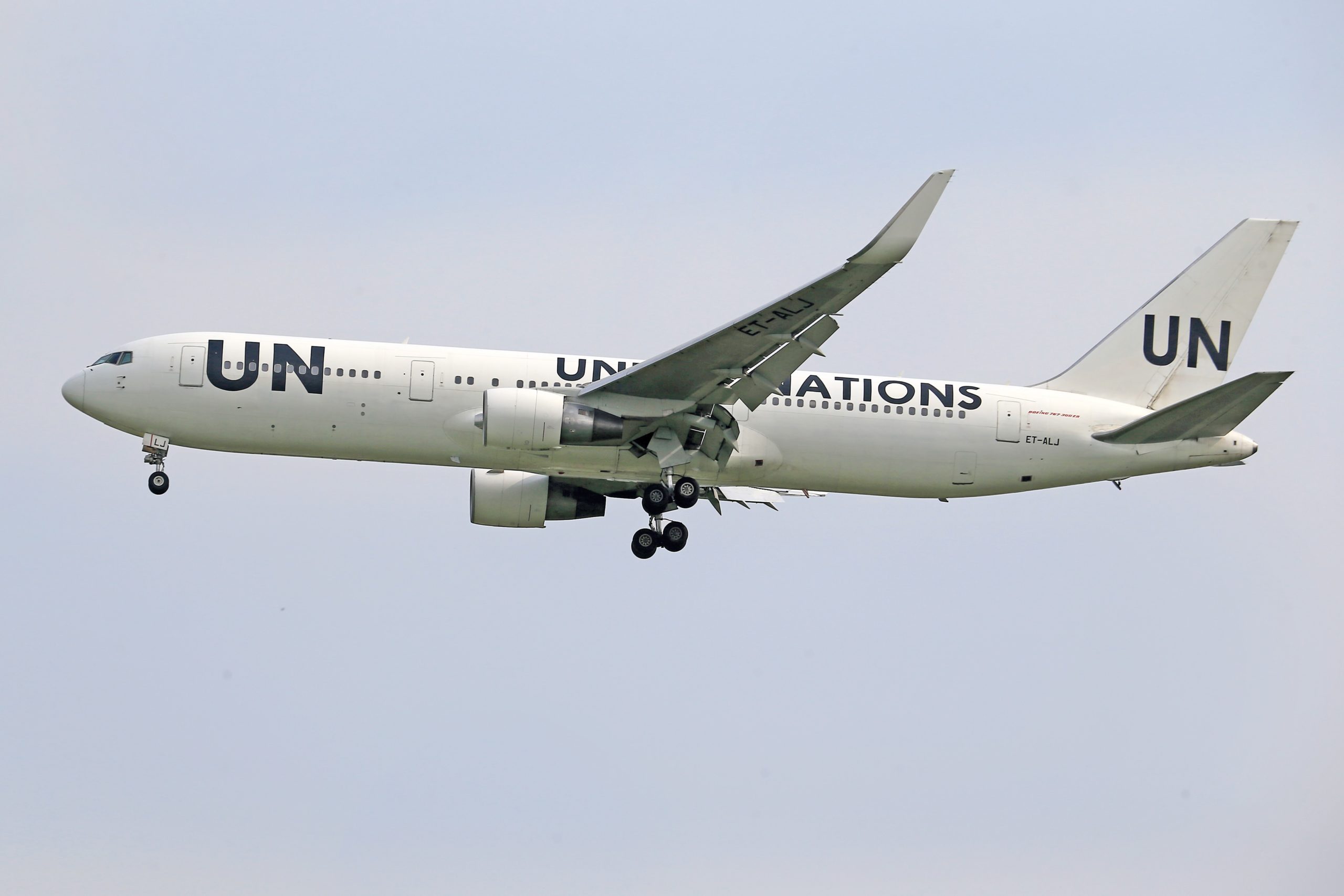 5 June is World Environment Day, as designated by the United Nations, and this year is its 50th anniversary. 50 years: that’s how long the world has been celebrating the environment and advocating for its preservation. Have we made any progress in the past half-century? And what is the UN’s role in this? Let’s survey the scene…

The theme the UN designated for this World Environment Day is two-fold: #OnlyOneEarth is a throwback to the first 1972 United Nations Conference’s theme, which made the environment a pressing global issue for the first time. The United Nations Environment Programme (UNEP) was created as a result of the conference. And the focus for this year is on “Living Sustainably with Nature.” Harmony with nature is something Sustainable Development Goals—more on this later—talk about too.

Is our #OnlyOneEarth in good hands?

Stockholm+50 is an international meeting to commemorate the last 50 years, convened by the United Nations General Assembly to be held in Stockholm, Sweden from 2-3 June 2022 (during the same week as World Environment Day, which is held on 5 June and is also a result of the first 1972 event). UNEP’s website claims that  “Stockholm+50 will be collaborative and multi-stakeholder in nature, open to all participants who will be invited to share experiences and initiatives to protect the planet and contribute to sustainable and inclusive development.” But are they walking the talk on inclusivity?

Welcome to the Stockholm+50!

This week a comic by the witty comic artist Ueli Johner for The Economist went viral. ICYMI, it’s a commentary on the World Economic Forum (WEF) and has five panels that read like this: “Welcome to WEF!” -> “Where the people least affected by today’s global problems” -> “and the ones most responsible for them” -> “and also the ones benefitting from them the most” -> “gather to solve them.” What’s the relation to climate conferences, you ask? With Stockholm+50 coming up, a lot of the visas of activists from Africa have been delayed.

Climate conferences have a tendency to be inaccessible to those most affected by the climate crisis. Remember how this also happened to African activists during COP26 last year? It’s been 50 years since the 1972 conference and we are still fighting the same climate and social justice wars, still fighting for representation.

#LittleGreenSteps – Show up for indigenous and frontline activists: amplify their voices by liking and retweeting the links we’ve shared below (or make your own tweets tagging: @vfsglobal @swemfa @UNEP @StockholmPlus50 and use the hashtag: #Stockholm50).

For meetings that claim to present an opportunity for cross-border collaboration, it hurts the movement when they use borders to remove key activists from said “collaborations”. Some might say: consider how the initiation in 1972 has allowed the formation of UNEP, SDGs, etc. Let’s unpack that in the next section.

Our fellow African activists have for the past weeks trying to get visas through @VFSglobal for #Stockholm50 but are facing systemic discrimination even after @swemfa stated that they should be prioritized. The VFS has still not processing their visas

This systemic injustice is part of what makes important climate conferences so inaccessible to those most affected by the climate crisis. Climate justice will never be attained if Global South activists, especially from Africa, cannot even be in the rooms where decisions are made https://t.co/ZN7HyjHVnk

If you’ve ever seen questionable climate policies, programs, and investments/business opportunities executed in the name of promoting SDGs and felt suspicious, wanting to dig deeper, you’re not alone. The very problem with SDGs is their contradictory (misleading) nature. The preamble starts off with “harmony with nature” and a commitment to hold global temperatures below a 2° Celsius increase, calling for sustainable patterns of production and consumption. So far so good right?

Jump to Goal 8: this one’s focused on growth, especially export-oriented, in keeping with neoliberal models. Put simply: neoliberal governments/models generate economic growth by focusing on attracting capitalists instead of spending on welfare/healthcare/retirement policies, etc. Anthropologist and author Jason Hickel penned his thoughts for Jacobin: “the core of the SDG program for development and poverty reduction relies precisely on the old model of industrial growth — ever-increasing levels of extraction, production, and consumption.” He adds, “And not just a little bit of growth: they want at least 7 per cent annual GDP growth in the least developed countries and higher levels of economic productivity across the board (..) How can they be calling for both less and more at the same time?”

There’s a lot to unpack: it’s worth reading up more, starting with this article, to get a bigger picture of how the SDGs might be worth reconsidering.

We’re in an extinction economy

Just two days ago (on 28th May), climate activist Ben See tweeted about a UN report finding that Nafeez Ahmed from Byline Times picked up on: this report states that we’re hurling towards the increasing possibility of a civilisation collapse, but it is not clear whether any of these scenarios have actually begun, only that currently the world is tending dangerously toward them.

Ironically (given this year’s theme is quite literally “harmony with nature”), the danger of civilisation collapse is directly linked to the rate at which human activities are interfering with natural systems, in particular, “planetary boundaries.” The planetary boundaries framework was developed by the Stockholm Resilience Centre in 2009 to provide what it calls a “science-based analysis of the risk that human perturbations will destabilise the Earth system at the planetary scale”. This framework identifies a range of nine key ecosystems (eg: acidification, freshwater use, and more) which, if pushed passed a certain threshold, will dramatically reduce the “safe operating space” for human habitation.

The report notes that at least four of the nine planetary boundaries now seem to be operating outside the safe operating space. However, according to Nafeez Ahmed, the situation is worse than acknowledged in the UN’s report. A senior advisor to the UN Office for Disaster Risk Reduction and contributor to the Global Assessment Report who spoke to Byline Times on condition of anonymity, claims that the GAR2022 was watered-down before public release.

We’re embedding the thread (which includes further reading) below and highly recommend checking it out in full. But the most important point we want to draw your attention to is this point Ben See makes: “The UN continues to call for yet more economic growth while simultaneously releasing reports by scientists saying we must now consider moving away from GDP/growth to stop the annihilation of species and habitat.”

There’s a lot of literature and research that goes into studying institutions and while I’ve tried to accessibly compile key arguments, this piece is certainly just a starting point, not the end-all. What we do know is that accountability goes both ways. Compared to other organisations like NATO (which proved to be a disaster during Ukraine’s invasion) that do more to divide humanity than unite it, the UN, as a global institution, has the position to hold countries accountable–every country should abide by its Charter and by the treaties they have signed.

And in return, these countries need to continue to hold the UN accountable. This is a process, not an overnight revolution. It’s neither constructive nor strategic to reject UN in its entirety because of what it has built so far – we need to build on what’s already working. If activists are excluded, we mobilise around our demands instead of rejecting them; because new institutions (especially with this level of reach and resource) cannot be built simply through rejection.

UNEP has produced incredible amounts of research that has made climate knowledge more accessible and urgent; this cannot be ignored. In 2020, the UNEP documented that, from 2014 to 2017, coral reefs suffered from the longest severe bleaching event on record. Coral reefs are projected to decline dramatically as temperatures rise; if global warming rises to 1.5°C, only 10-30% of reefs will remain, and if global warming rises to 2°C, then less than 1% of reefs will remain. Research like this gives name and measure to collapse; it launches conservationists into action.

In the 1992 United Nations Conference on Environment and Development declaration, the seventh principle of ‘common but differentiated responsibilities’–agreed upon by the international community–established that all nations need to take on some ‘common’ responsibilities to reduce emissions, but that the developed countries bear the greater ‘differentiated’ responsibility due to the historical fact of their far greater contribution to cumulative global emissions causing climate change. The countries with the least responsibility for creating the climate catastrophe–such as small island states–are the ones hardest hit by its disastrous consequences. This was a step in the right direction – let’s build on it!

Swiss Overshoot Day 2022, according to Global Footprint Network, fell on 13th May. Already, we are living not on one Earth but on 4.4 Earths. Ahead of Stockholm+50 and World Environment Day, we want to want to say that the current ways of advocating for the environment need our attention.

What do we need this World Environment Day? A good place to start:

1. Inclusion of frontline and indigenous activists in international conferences/meetings, with arrangements made to cover their costs if needed. (If there’s only one #LittleGreenStep you take after reading this piece, let it be the amplification of African voices/tweets we’ve linked above.)

2. Sustainable goals that are for the people, by the people, not a neoliberal way to further economic growth in a time of climate collapse.

3. Commitment to transparent reporting, of research especially, that does not dilute or withhold key facts from the public. (Accompanied by independent media coverage that does not miss these findings.)

4. Focusing less on GDP, especially for developing countries, and more on providing climate compensation for the loss caused by emissions by developed countries. And providing the finance and technology to address the simultaneous needs of climate adaptation.

FEATURED IMAGE: via Pexels | IMAGE DESCRIPTION: Side view of a plane in the sky. On its tail and body, “UN” and “United Nations” are seen in bold black. 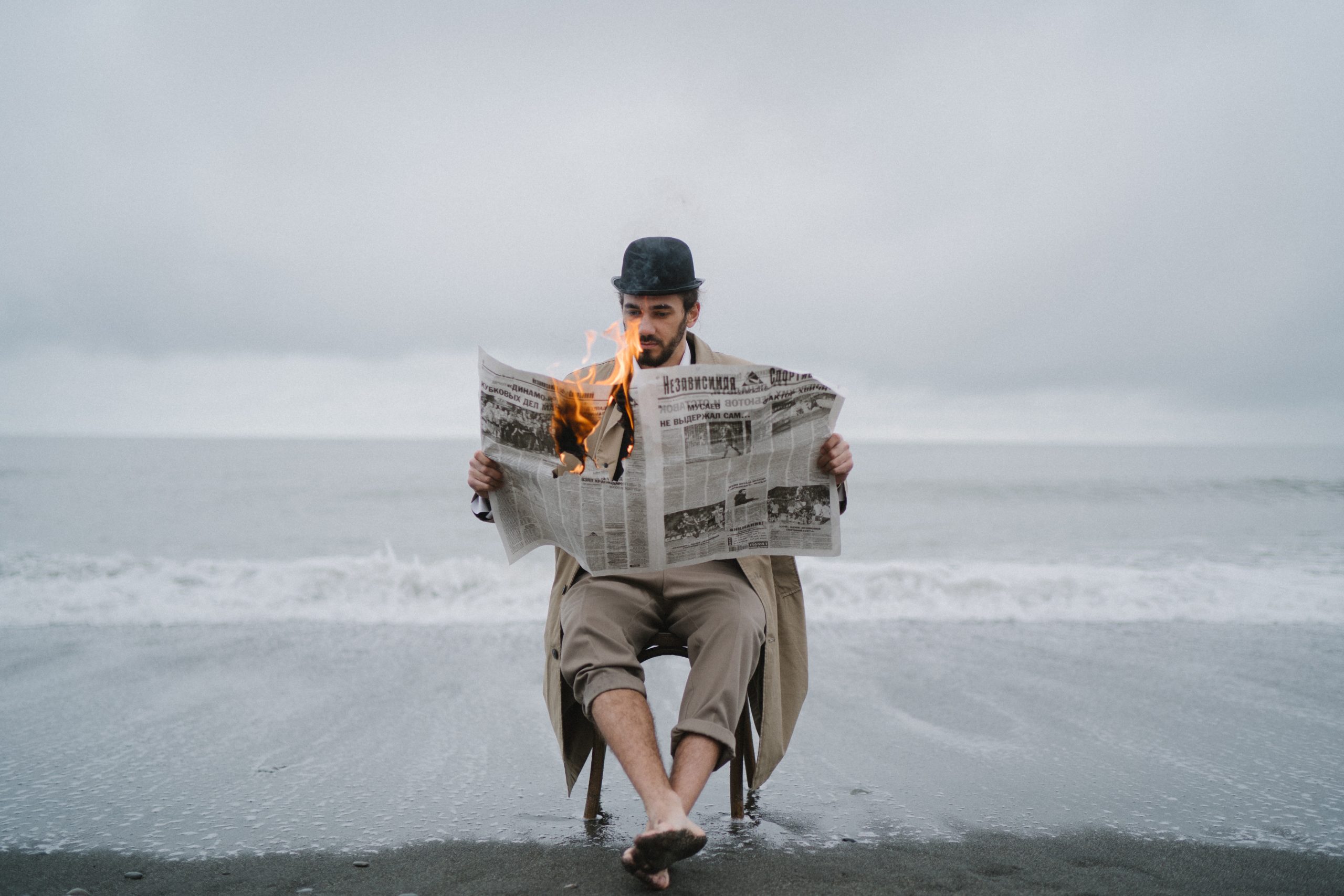