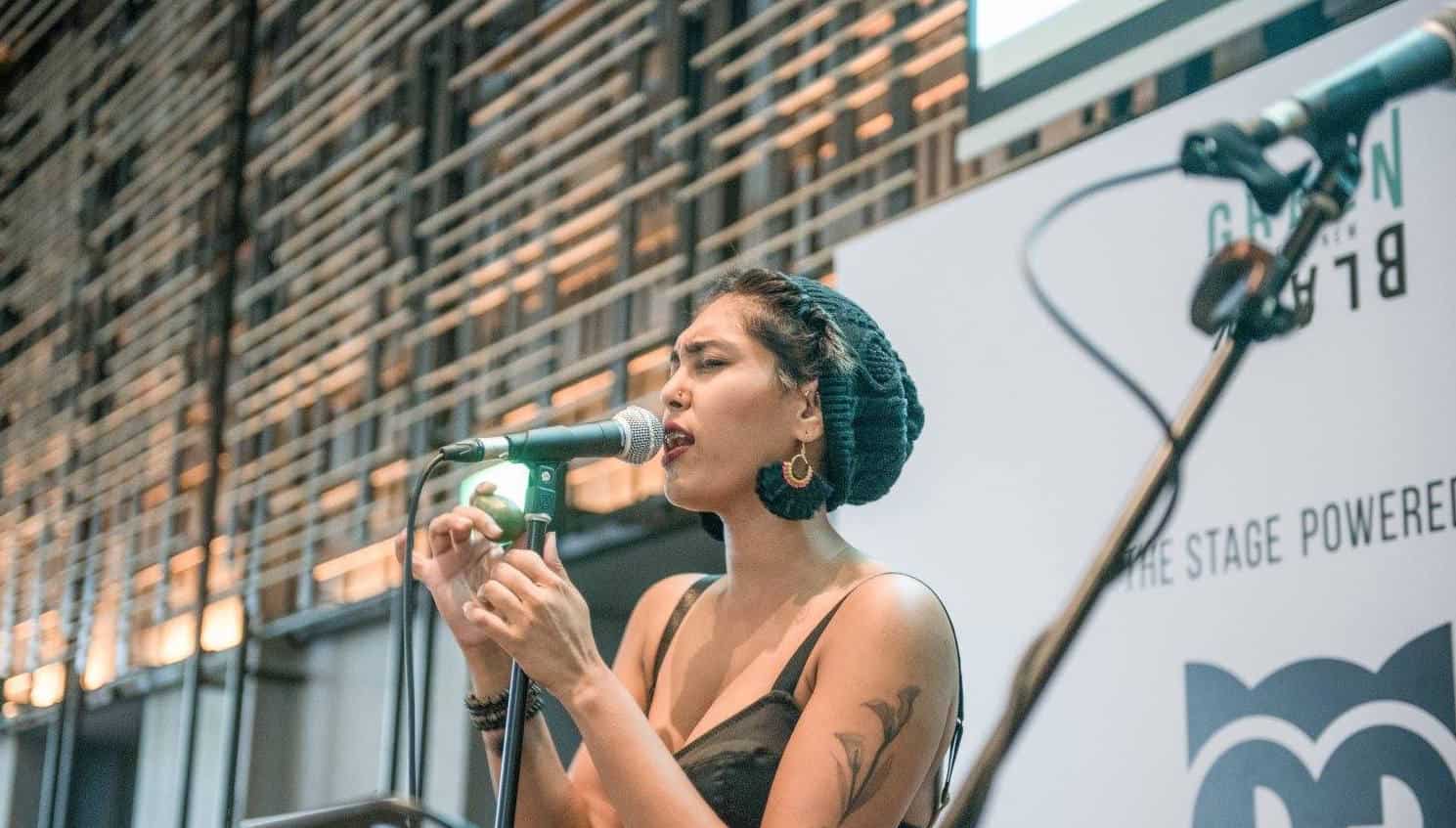 Music gives a soul to the universe, wings to the mind, flight to the imagination and life to everything.

It’s no secret that we love music, and that our musicians are an integral part of The Conscious Festival, year after year. So here’re the people who you’ve just got to hear this November at the festival! 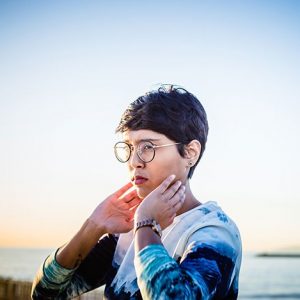 Sherry Abigail who is known by her stage name, Abby Simone, started her professional Music career in early 2014. Using music as a confidante, she has been writing and singing to express herself emotionally. Some of her major performances include; UN Women Gala event, Beer fest Asia and Shine Festival. Her mom constantly reminds her that music is nothing but a hobby and that getting a “real” job is what she needs to be focusing on and in Abby’s words “As long as I have my voice and my hands, I will never stop being a singer/songwriter.” She’s graced our stage at almost every Conscious Festival – Singapore and Hong Kong! 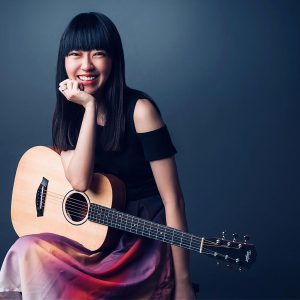 Fym Summer is a Singaporean independent performer with a young heart and an old soul. She performs because she really loves singing and storytelling through her lyrics and voice. She says, “It makes me feel less vulnerable. I’m usually happiest with my guitar- so if you would like to ‘fit’ me in a genre, it’d be in between the lines of indie-folk or acoustic, though I’m sure my musicality and artistry are more than just that.” She’s been performing for over a decade; She’s been on the stage since she was 11, and got her first classical guitar. All of her songs are autobiographical, and she says that her music has made her discover who she really is. Oh, and she also recently carried the national flag for her shows after receiving invites to world-renowned music festivals SXSW in Austin, Texas, and CMW in Toronto, Canada. After which, she also music-toured around New York, Brooklyn, and Japan. All in all, she’s one performer you definitely don’t want to miss!

Summer will be performing with Eileen Chai- an established violinist, a former national athlete in gymnastics, athletics and springboard diving, and now experienced violin teacher and performer. 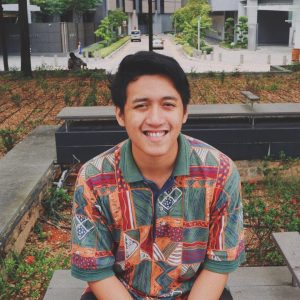 KHAi is a Singaporean singer-songwriter who has been performing his original material since 2014. Holding a diploma in music and audio technology, KHAi has found solace in song-writing and channels his views on life and love in lyrics that are earnest and raw, alongside guitar melodies that mirror his honest and grounded view of the world. Alongside being a familiar face at open mics and as a busker along the streets, KHAi has played his original compositions at various platforms such as the Singapore Garden Festival, Singapore Night Festival as well as Esplanade’s Red Dot August series. 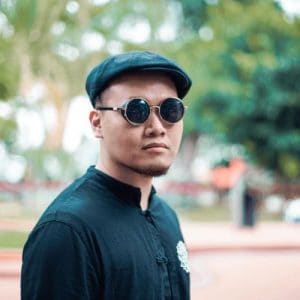 VALIANTES otherwise known as Vincent Tan, is a 26-year-old singer-songwriter from Singapore. Light, stripped down and honest, each song reveals almost a dairy-like context to his everyday music and song. A sound that cannot be replicated away from Singapore, Vincent mixes local sounds and mellow beats. With influences like Jon Foreman, Jack Johnson, Charlie Lim, John Mayer and Damien Rice, VALIANTES produces music that is genuine and goes straight to the heart. 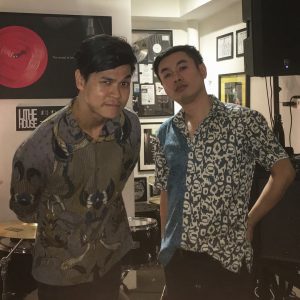 Masbro is a progressive acoustic guitar duo based in Singapore. They first started writing music together 5 years ago and took to the open mic circuit in Singapore for about 2 years. Their music is a culmination and amalgamation of Jeremy and Ray’s diverse influences in jazz, rock, folk, and metal, converging as an earnest homage to their favourite math rock bands. 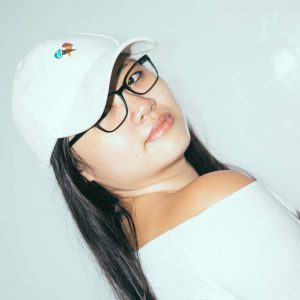 Reinterpreting R&B, Kyla fuses vintage rhythmic vibes with a modern minimalistic attitude. She has performed at events such as Shine Fest and Noise Invasion Fest 2017, Sparkfest, Artbox 2018, NUS Live Lounge, DBS’s Pitch Please, and has been a part of Scape Invasion tours as well as Scape Confessions. She has also opened for bands such as Astronauts for their Astroversary and BIttymacbeth at her TRACE Single launch along with Marian Carmel. She does resident acoustic gigs at Marché and The Beast, and plays at Grub, Lepark, Tampines Hub and VLV from time to time. Part of the 2017 Noise Music Mentorship programme, Kyla has since kickstarted her career as a solo artist. Her debut single, ‘Slow Machines’, reached #8 in the iTunes Top 200 Tracks on the Singapore R&B Soul Chart. 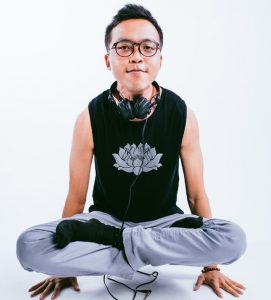 Dr Foo is a DJ who prescribes progressive electronic and world music with an intention towards deeper consciousness. He believes that every living being on this planet is interconnected in the universe, and sound and music can awaken that divine connection and oneness with all. Dr Foo’s sounds interlace progressive, house & trance with ethnic / cross-cultural elements ranging from nature sounds, flutes, tablas, handpans, Tibetan singing bowls to beautiful sacred mantras. While he has been DJing professionally for the past 7 years across different clubs and events in Australia and Singapore, a spiritual awakening and realisation of society’s unsustainable ways of living in recent years has refined Dr Foo’s musical output to one that goes beyond entertainment and dance to touch on a deeper level. In addition to his underground club and bar gigs over the years, Dr Foo’s most recent gigs include Yoga and Conscious/ Ecstatic Dance events where he plays a full spectrum of music that facilitates healing, meditation and energy release in participants, as well as setting light and fun vibes for outdoor, corporate and social enterprise related events. 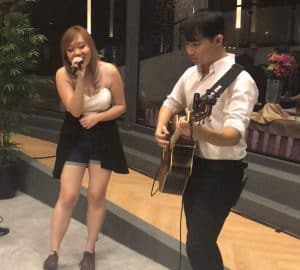 Joel started learning the guitar at 16 years old. Although his first instrument started out with the keyboards, his passion for the guitar grew, making it his favourite choice of instrument. Always yearning to expand his knowledge and improve his playing styles with music theory and practical, Joel yearns to share his music with a wide range of listeners, with influences such from pop, blues, funk, and rock, and has played at various events such as Esplanade and Blujaz.
Curently 22, Angelina is studying at Lasalle College of the Arts to obtain her Bachelors degree in Music. With a passion for music since the tender age of 5, she first started performing with opportunities from school. Angelina currently holds a Grade 6 in Piano and Grade 5 in Music Theory under ABRSM and specialises in Vocals in popular music.
The acoustic duo aim to bring forward top 40s tunes and originals with much passion and enthusiasm. 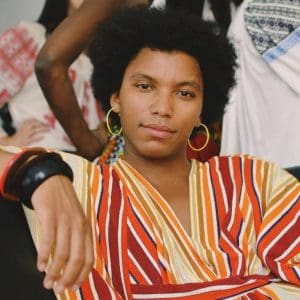 A former member of multiple choirs, an acapella group, hip-hop dance troupes, and various bands, this avid performer knows how to rock a stage. Kokiri Kid croons R&B, Jazz, Soul, and Pop tunes, and engages his audience like no other. You can usually catch him at a jam session around Singapore. Be prepared to dance, sing along, and be galvanized. You’re in for a good time!

We don’t know about you, but we’re already feeling pumped and our feet are ready to dance all festival long. Check out what else you’ll be in for at our Conscious Festival, and find out where else you can get your conscious groove on in Asia.