Former Australian finance minister Mathias Cormann is the new OECD chief. Here’s why we should be worried. 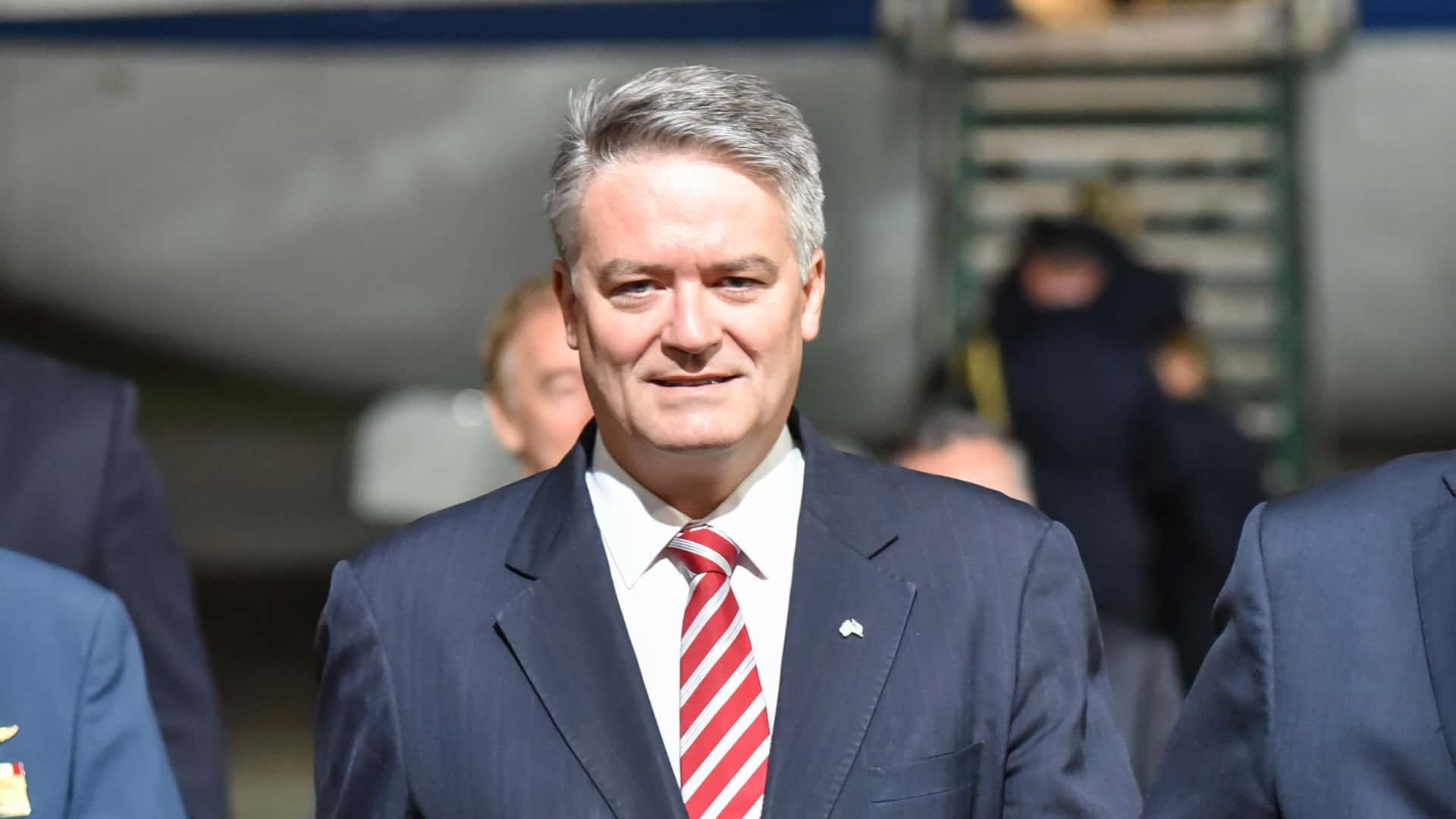 The OECD’s new chief is a centre-right politician who some even call a climate denier. We can’t reverse the decision now, but it’s worth looking at what he stands for. (And what he doesn’t stand against.) And it’s not looking great. We should be worried about the appointment: here’s why…

The Organisation for Economic Co-operation and Development, better known as the OECD, just appointed Mathias Cormann as its new chief. What does the OECD do? It helps to develop and coordinate policies among its 37 members. And Cormann, as its new chief, will be managing the economic impact of the pandemic, tackling climate change, and attempting to reach a global deal on how to tax technology companies, starting June this year.

Cormann seems rather enthusiastic, as he told reporters: “There is much work to be done, global cooperation on economic, social and environmental policies is more important than ever. I can’t wait to get stuck into it.” Promising that he would focus on stronger, fairer and cleaner economic growth, raising employment and living standards following the pandemic, it all sounds good on paper. And the Australian Prime Minister, of course, was very pleased. It’s a “recognition of Australia’s global agency,” he said.

Everyone else, however, is not so happy. So much so that last week a coalition of humanitarian, climate, and environmental groups wrote to the OECD to oppose Cormann’s candidacy.

What’s the response so far?

From environmental organisations to think-tanks, many have come out to criticise the appointment. Greenpeace International’s executive director, Jennifer Morgan, said that they have “little confidence in Mr. Cormann’s ability to ensure the OECD is a leader in tackling the climate crisis when he himself has an atrocious record on the issue”. The organisation, which spearheaded the opposition, called the selection “a missed opportunity”. The OECD could have used this “to draw a line in the sand and disqualify anyone with a history of blocking climate action from senior international appointments.” And yet as Nick Mabey chief executive of the E3G thinktank shared: “OECD countries have just sent a dangerous signal. This appointment will lower pressure on the leaders of other international institutions to undertake radical reforms to tackle the climate crisis.”

For the most part, the response has been disappointment. Most especially with the fact that the UK backed the appointment. Mohamed Adow, director of the Power Shift Africa thinktank, had this to say: “What makes it worse is that apparently his appointment was backed by the UK, despite them about to host the crucial COP26 summit.” Indeed the UK led the selection process and they are the ones hosting the UN climate talks in Glasgow this November.

Who made this decision?

Probably the only people who did approve of Cormann were those who put him there in the first place. There’s been criticism against the appointment process, which hasn’t been transparent. One observer even described it as “cloak and daggers”, questioning if a lack of transparency aligned with the organisation’s supposedly democratic values. Insiders said that it was because of Cormann’s political experience and personality, and his detailed knowledge of issues at hand. Reportedly, the US also backed the appointment, which factored strongly in the decision. Another reason that has come up is also the fact that having an Australian in charge would provide good geopolitical balance for an organisation based in Paris, Europe.

It seems, however, to be a decision that deepens the status quo rather than getting us out of it. During his campaign for the job, he said that he would deploy “every policy and analytical capability available through the OECD to help economies around the world achieve global net-zero emissions by 2050.” Which, of course, is great. But here’s how he thinks we should do it: identifying “market-based […] solutions […] in a way that preserves energy affordability and is economically responsible.” The focus here is that he still believes in “market-based” solutions: which are what got us in this mess, to begin with.

The appointment of known climate denier Mathias Cormann as head of the OECD confirms that like the Australian government the OECD is just a cabal for the fossil fuel industry.

Who is Mathias Cormann?

Why are environmentalists so angry about this appointment? The short answer is that he’s as alluded to above, a man of the status quo. He has a bad track record for tackling climate change. And yes, some even call him a climate denier. The long answer? Let’s start with where he’s from. Born in Belgium, Cormann moved to Australia in his mid-20s, working in health insurance and politics. He was the country’s longest-serving finance minister from 2013 to 2020. In his time, he’s done many questionable things.

But one of his key actions as a government minister (and the action that’s probably gained him the most flak) was to “quash plans for carbon pricing,” as Fiona Harvey writes for the Guardian. “This stands in stark contrast to the man he has succeeded at the OECD, Ángel Gurría, who had been a prominent figure at international climate forums since his appointment in 2006. In one of his last interviews as secretary-general, Gurria told the Guardian: “The single most important intergenerational responsibility is to protect the planet. We are on a collision course with nature, and we have to change course for future generations; to protect biodiversity to stop it from being degraded, to protect soil, to protect lands and water, to protect the oceans … and put a big fat price on carbon.””

As the CEO of Greenpeace Australia Pacific, David Ritter lays out in a series of tweets: Cormann’s track record is awful. In 2011, Cormann claimed that the Gillard government’s “push to put a price on carbon on the basis that it would help reduce global greenhouse gas emissions [was] a very expensive hoax”. (Of course, that’s not true. A carbon tax is most definitely one of the key solutions to getting us to reduced emissions). Then, in 2014, Cormann participated in the Abbott government’s abolition of Australia’s carbon pricing scheme—”the first time a nation had done such a thing anywhere in the world”. He claimed the scheme was “an act of economic self-harm which does nothing to help reduce global emissions”.

As Finance Minister, Cormann attempted to abolish Australia’s clean energy finance corporation and the Australian Renewable Energy Agency. He not only stood against clean, renewable energy, but also stood with the fossil fuel industry. In 2015, also as Finance Minister, he participated in the formation of a federal budget to maintain fossil fuel industry subsidies of over US$26 billion a year. In 2017, he “described the decision by private banks to place tougher restrictions on lending to new coal projects as ‘strange’ and ‘very, very disappointing'”.

And to top it all off: while in parliament, his “voting history in the Senate demonstrates a consistent and constant pattern of voting against climate action, or being absent from the chamber”.

The truth is, there’s not much we can do about this decision. They’ve already made the decision. But it does remind us that we can’t assume these major international organisations will make groundbreaking changes. They’ve proven time and time again that they will stand by the status quo. That they will stand by solutions from and within the market. Instead of pursuing radical rethinking that we need to change the system. This appointment of another white man is just another example. What we can do, however, is to keep up the work on the ground. This decision shouldn’t make us lose hope, because the change we want won’t come from just these major organisations anyway. They will come from the ground: from us, from each other.