Home » Conscious Guides » Paris » Christmas Tree Troubles In France: Why We Need Marlène Schiappa To Align Her Feminism With Environmentalism

Christmas Tree Troubles In France: Why We Need Marlène Schiappa To Align Her Feminism With Environmentalism 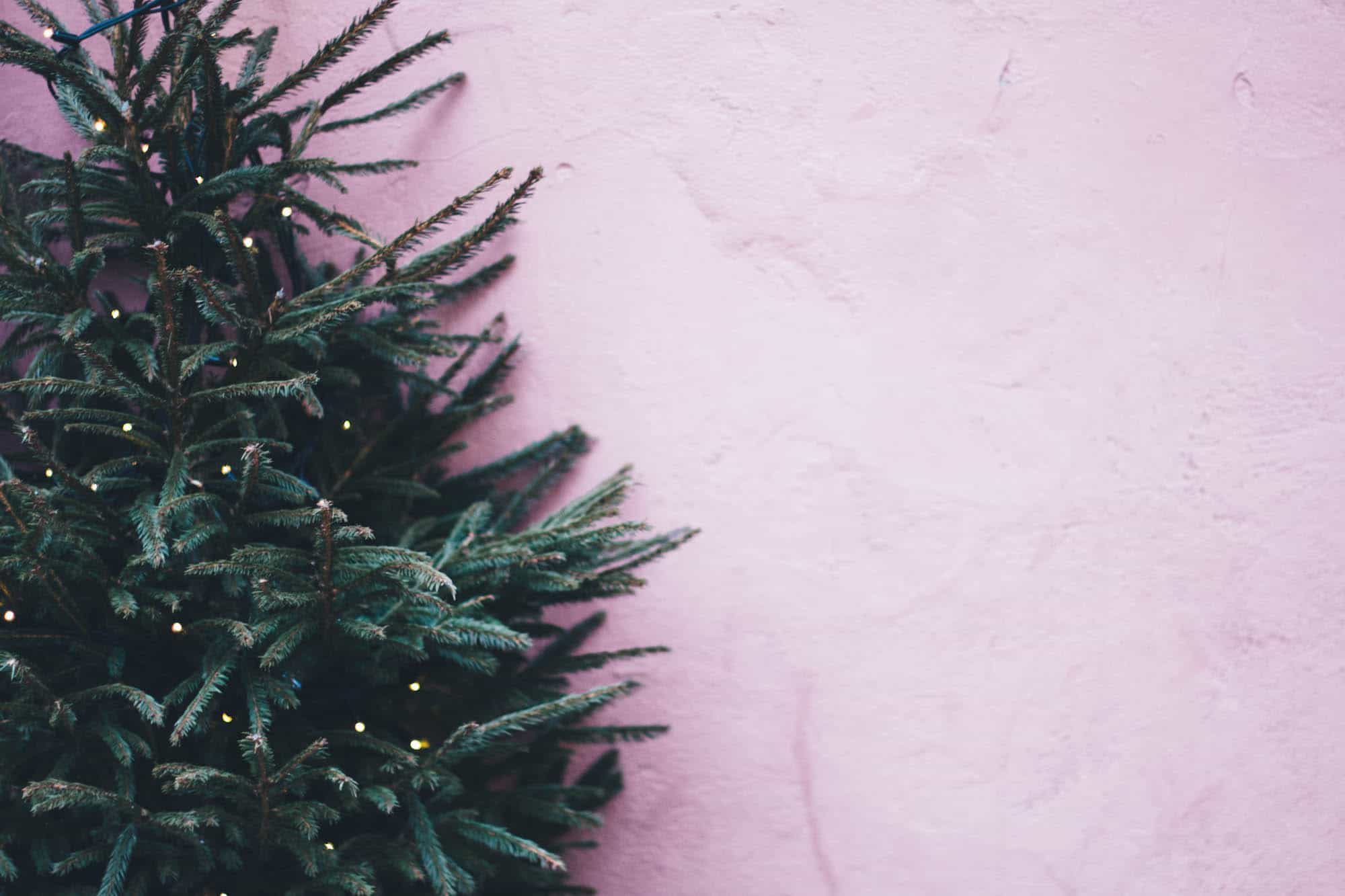 What do Christmas trees, French politicians, feminism, and climate change have in common? (And no, this isn’t a joke setup). Here, contributor Theressa Malone unpacks the controversy surrounding the removal of a Christmas tree in Bordeaux, its links to the climate movement sweeping France, and what Marlene Schiappa (the Minister Delegate in charge of Citizenship in Macron’s government) has to say about it.

Bordeaux’s newly elected green mayor Pierre Hurmic recently came under fire for his decision to remove the Christmas tree from the city’s annual winter celebration, citing the anti-ecological nature of the practice. One high-profile critic of this move was politician Marlène Schiappa, who accused his party – Europe Écologie Les Verts – of prohibiting everything that “brings a bit of joy or festivity” to France. We investigate who Marlene Schiappa is, why she might have made this argument, what the significance of ‘tradition’ in all of this, and why she could play a key role in the mobilisation of climate action, which is inevitably linked with feminism.

First, what exactly happened with the Christmas tree?

At the beginning of September, Mayor Hurmic presented Bordeaux with a fresh schedule of climate-conscious aims. However, one of these aims targeted the city’s annual Christmas festivities. “We are not going to put dead trees in our squares… That is not our conception of re-vegetation at all” he told the crowd, going on to describe how the new municipal team is adopting a “tree rights” charter, which will establish further forest protections before the end of the year. Hurmic also specified that this year, live performances would take the place of the tree festival, with proceeds going towards businesses impacted by COVID-19.

The decision to remove the Christmas tree is a controversial one, and for Schiappa, it compromises the principle of tradition. The Christmas tree is like the crown jewel of winter season traditions, within a country that is in fact built on tradition. Centuries-old buildings dot the skyline of Paris; a city that’s legally protected from modern skyscrapers. The weight of history ingrains itself in French literature, in philosophy, in the Coq au vin and the Camembert. French culture is hopelessly entangled in tradition, and so Schiappa’s accusation reflects the fears of many: is there a way to preserve the best parts of tradition while remaining climate-conscious?

A quick bio on Marlène Schiappa

Marlène Schiappa is currently the Minister Delegate in charge of Citizenship in President Macron’s government La Republique en Marche! She previously served as Secretary of State for gender equality. Citing Lena Dunham and the feminist website Jezebel as influences, Schiappa is an outspoken women’s rights activist and was a driving force behind the fight for gender equality in France long before her role in office. Not only did she edit the popular anthology “Letters to My Uterus”, but her blog Maman Travaille was among the country’s first online resources for working mothers. More recently, in 2019, she organised France’s €6 million pledge to compensate female victims of conflict financially. One could argue that she has spent a large portion of her life thinking about what tradition means, and how it can be developed, particularly when it comes to working women.

But Schiappa also has a history of siding unconditionally with her party, sometimes even going against her most fundamental beliefs. Most recently, she has been criticised for working with the new Minister of the Interior, Gerald Darmanin, who has been accused of sexually harassing multiple women. She is incredibly loyal to him, claiming that, “being a feminist forever,” she would “never have accepted” working with a man “guilty” of such offences. She is clearly an enigmatic figure, but she is sending out a confusing political message. So the real question is: where does climate action connect or disconnect with her feminism?

Let’s talk about her politics

They’re “worse than ideologues; they’re killjoys” She tweeted about the green party after the Christmas tree fiasco.

Is this criticism unusual, coming from Schiappa? Well, yes and no. So far, Schiappa has steered clear of the climate conversation. Her brand is pro-women while remaining distinctively pro-party. And her party is a textbook definition of European liberalism. Think small government, a free-market economy, individualism, etc. It is no surprise then, how Schiappa described French feminism to Lauren Collins of the New Yorker: “Regarding the place of women, the reflex in France is to say, ‘What’s the state going to do for me?” Rather, she believes “The French feminist movement has never been a single bloc, it’s never been monolithic”, which actually highlights the diversity within the feminist movement. It follows that sustainability should have space within that mould.

While President Macron has an international reputation of being ‘clean and green’, the issue of climate change appears not to have been on their party radar as of late. Nicolas Hulot, the former Minister for the Ecological and Inclusive Transition, quit just one year after his appointment, citing the government’s failure to take the climate crisis seriously. The party does, however, consider gender equality a grande cause. (In the legislative elections at the beginning of Macron’s term, half of his party’s candidates were women). But recognising the link between both ’causes’ would provide the groundwork for a healthier, more equal France.

Daily, we are confronted with headlines such as “Would you give up having children to save the planet? Meet the couples who have”; and “Want to fight climate change? Have fewer children”. Women are faced with a double-edged sword: in a capitalist society, they feel pressured to work, consume, and produce at growing speed. At the same time, their femininity is also undermined: even if they want to have children, many are unable to imagine a clear, temperate climate in which children might survive. Also, a 2007 study conducted by the London School of Economics sampled 141 countries to convey that natural disasters, on average, kill more women than men: an outcome related to women’s lower socioeconomic status. The limitless conditions in which we exist, consume, and produce in feel increasingly like they are reaching a catastrophic end. It is now more than ever that we need a strong voice like Schiappa’s to guide women through the woods.

This year we are seeing a green wave of leadership across France. To sustain momentum for Europe Écologie Les Verts, it is important to recognise the interconnected nature of natural, social, and economic problems. This year’s Ecological Threat Register demonstrated that, in the coming years, climate disasters will bring social and economic unrest, even in locations less likely to be hit by an extreme weather event. The reality is: all struggles for bodily autonomy are linked. The state of the environment impacts an individual’s upward mobility just as much as gender, class, and race, but the time we have to minimise environmental degradation is quickly disappearing. United, we are better prepared to fight for a future in which humans live harmoniously with the environment. So having discussions about the pros and cons of say, removing a tree from an annual festival are, in fact, vital for our future. What changes are we willing to make for our planet’s health, and what are our alternatives? Could we plant permanent Christmas trees that remain in cities year-round? The truth is this: Marlène Schiappa clearly has a powerful voice, so as le tsunami Vert washes over France, let’s see how she uses it.