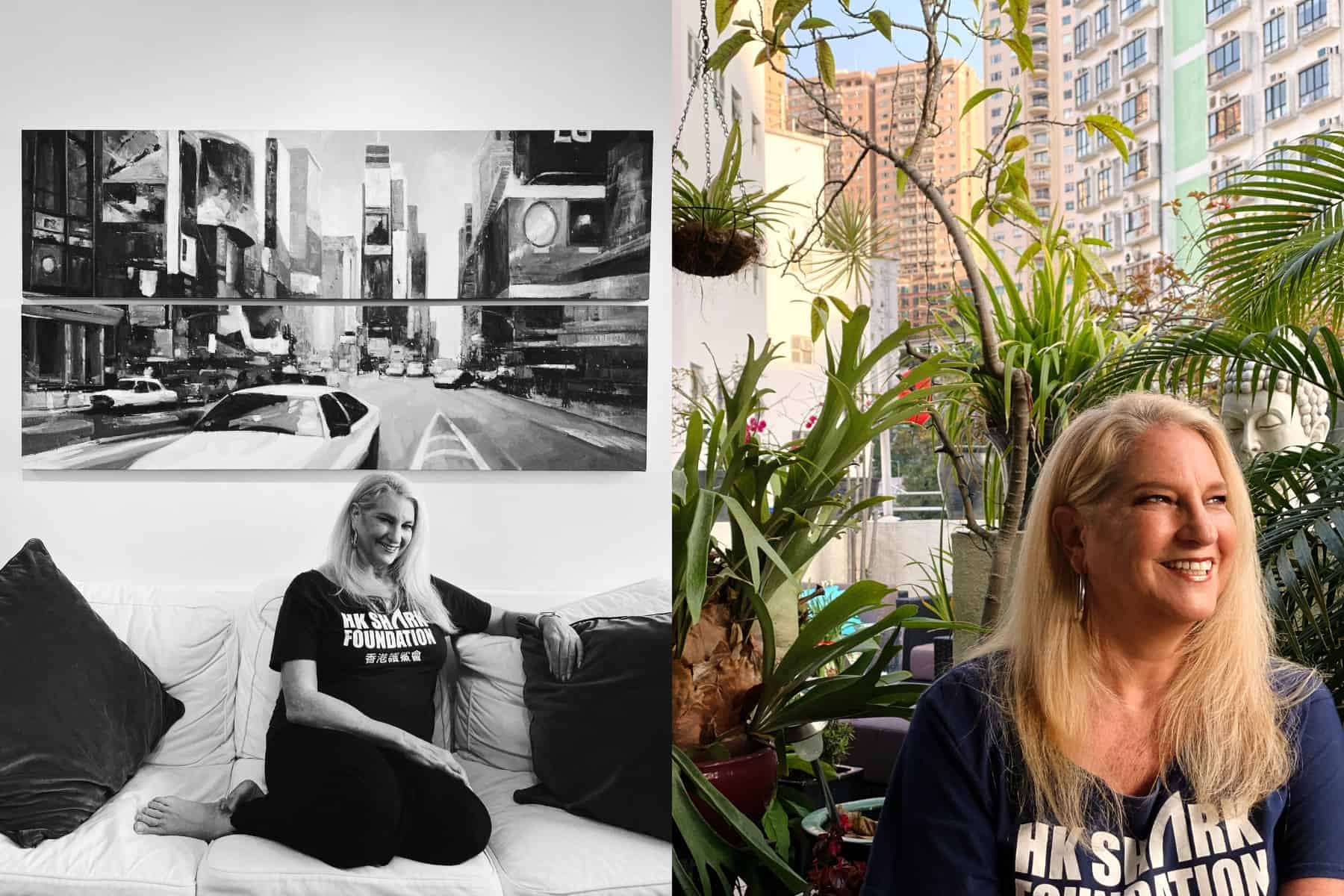 For passionately advocating for shark conservation and against shark product consumption

Andrea Richey used to be a legal recruiter and worked for the Wall Street law firm Paul Weiss in Hong Kong, in a corporate communications and business development capacity. Like many who climb the corporate ladder towards abstract notions of success, Andrea began to think that there had to be something more to life than what she was doing. This motivated her to dedicate her time towards volunteering—it was then that she saw an image of shark fishing and finning, and was blown away at the cruelty involved and the unsustainability of the killing of sharks.

Sharks are creatures without a voice in the human world, and so, feeling strongly for these creatures, she educated herself on the issue and volunteered with the Hong Kong Shark Foundation (HKSF)—a Hong Kong charity that’s been around since 2008, with the goal of raising awareness about shark conservation, most especially about the unsustainable practice of shark finning. A practice that’s driving shark species into rapid decline and for some, near extinction.

Why are people so obsessed with sharks as food? Andrea explains that most Hong Kongers are actually against the consumption of shark products, meaning that they understand, at some level, why it’s problematic. Yet, when they are at weddings, for example, and when shark’s fin soup is served, they’ll consume the soup out of respect or politeness. This is called passive consumption, which is one of the biggest difficulties when it comes to raising awareness in Hong Kong. Another issue is conspicuous consumption: shark’s fins, like expensive handbags, have become a symbol of luxury.

Today, Andrea is now the Executive Director at HKSF, and is known worldwide as the “Shark Lady”. She’s at the frontline of shark protection in Hong Kong, raising awareness and educating people about shark conservation, passionate about and active in encouraging younger generations to join the global battle to protect our planet’s magnificent creatures.