You’ve seen the eighteen-year-old’s gravity-defying song number on SNL, her progressively radiating Vanity Fair interviews four years in the making, macabre lyrics that have topped charts globally and earned her seven Grammy Awards. But what about the way she uses her platform to speak out against the climate crisis?

Billie’s second album, ‘Happier Than Ever’, is the one we’ve been waiting for. Low and lovely and furious. With a lot more jazz and weird inventive distortions, it’s a genre of its own. As part of her Happier Than Ever, The World Tour, Billie Eilish will be performing at Singapore’s National Stadium on August 21 (tickets can be purchased here or by calling 3158-8588, as well as at all Singpost outlets).

As we celebrate the Academy Award-winning superstar’s visit to Singapore, we list down some of our favourite Billie Eilish moments, and how this might be one of the greenest tours in the music industry.

1. When she uses her platform: during interviews and in her music

We’re all so used to seeing Billie Eilish create pop songs about all sorts of thrilling and mind-bending dreamscapes: a psychopath who stole money and murdered her friends (Bellyache), a lover who is frighteningly addicted to her partner and wants to crawl inside their veins (Hostage). Don’t even get me started on the music videos.

Recall All The Good Girls Go To Hell, which starts with wings bursting from her shoulders, only to fall face flat into a pool of a thick black viscous tar, surrounded by a town in flames. The music video included a note from Eilish in the description, urging everyone to join the Global Climate Strikes on Sept 27, 2019.  And the following year, she marched alongside Greta Thunberg and 1,000 other youths in downtown Los Angeles. Seeing her out there, creating chaos on the streets, her fans were sure to follow suit.

In an interview with Elle she said, “I’m worried about the world, bro. It recently snowed in Los Angeles. That’s wrong, dude. It shouldn’t be snowing there. I’m telling you, we’re all going to die. I try to make art out of it but I don’t think: great, I have something to write music about! I’m really concerned. In addition, our president is a fucking moron. And I can’t even vote yet.”

The event also included screenings of a documentary featuring Eilish, along with British artist Yungblud, Norwegian singer Sigrid and designer Vivienne Westwood. The first day kicked off with a panel event featuring introductions by Billie Eilish and FINNEAS. The pair’s mother and founder of Support+Feed, Maggie Baird, was also a key speaker. (Support+Feed is a charity that takes action for the global shift to an equitable, plant-based food system to combat food insecurity and the climate crisis.) Proceeds from ticket sales went to the charity Support + Feed and REVERB, which encourages musicians and venues to improve the sustainability and climate compatibility of music events.

3. She’s leading the way with her green concerts!

In 2019, Coldplay decided that they’d pause touring due to environmental concerns. And this March, their most sustainable world tour kicked off. Billie Eilish is up next, using her platform to set an example for other influential celebrities: from introducing fans to plant-based eating to eliminating carbon emissions, her team is putting the spotlight on environmental issues. Her world tour has been offering plant-based foods, eliminating disposable waste, and working to offset emissions.

At every concert venue, plant-based concessions are available to fans. And fans don’t have to worry about spending more on vegan options—the concession stands match the prices of non-vegan options. Even the catering for the band and crew is 100% plant-based.

Each show on the tour features an “eco-village” for fans to visit. They connect fans to various local nonprofits, specifically showcasing BIPOC and women-led organizations. And fans can even check their voter registration or register to vote at Eilish’s shows, helping them use their voice to incite change.

4. When she declared her support for Music Declares Emergency U.S.

Representing more than 3,000 artists, the group states: “We call on all those within the US music industry to join us in declaring a climate emergency and to work towards making the cultural and operational changes necessary to contribute towards a sustainable future.”

Music star Billie Eilish and ‘The Office’ actor Rainn Wilson, along with scientists from the group Arctic Basecamp, called on world leaders to stand together and take urgent action at the U.N. #COP26 climate summit next week https://t.co/oK9iV898yq pic.twitter.com/DdEvsvkdm1

5. When she teamed up with climate scientists to call for urgent action ahead of COP26

During the COP26 climate summit in November, she called on world leaders to “stand together and speak up for our planet, not just for us, but for our future generations.” She teamed up with Rainn Wilson and a group of scientists from Arctic Basecamp to call on political leaders to take action on environmental concerns. According to their official website, the scientists at Arctic Basecamp conduct research to “bring a message of Arctic risk to encourage bold climate action.”

Additionally, as the COP26 summit focused on the climate breakdown, many called for it to offer a completely plant-based menu. Among them were a host of NGOs, animal rights organizations, MPs, and celebrities. They included Ricky Gervais, Joquin Phoenix, and Billie Eilish.

In a co-signed letter, their calls stated: “With animal agriculture being such a major source of greenhouse gas emissions, it is impossible to meet goals set out in the Paris Agreement without making changes to our global food system. [….] We call on the UNFCCC to formally and publicly recognize the role of animal agriculture as one of the largest contributors of climate change and to open greater space for dialogue.”

BONUS: How she “normalises real bodies” (and pulls off one hair look after another)

If we know one thing about Billie Eilish, it’s that she isn’t afraid of color. From gray to ash blue to neon green roots (roots, not highlights!) to now a deep jet black, she can pull off literally everything. Another thing she isn’t afraid of: being unapologetically herself and normalising bodies as they are.

Midway through her latest album, Not My Responsibility appears as an interlude. In March of 2020, Billie Eilish began incorporating a short film titled Not My Responsibility into her concerts. The four-minute clip shows Eilish slowly taking off her clothes and submerging into a black pool, soundtracked by a spoken-word monologue about the body-shaming she faced. “While I feel your stares, your disapproval or your sigh of relief,” she says softly in the soundtrack, “If I lived by them, I’d never be able to move.”

If you were looking for a sign to spill out on the streets in protest, and be unapologetically yourself, we hope you’ve found it. It’s time to come out and play.

FEATURED IMAGE: via Global Citizen | IMAGE DESCRIPTION: Billie is onstage, her right hand is holding a cordless mic up to her mouth and her left hand is resting on her waist. She’s caught on camera mid-note, both knees slightly bent, and behind her is a backdrop of burning trees. 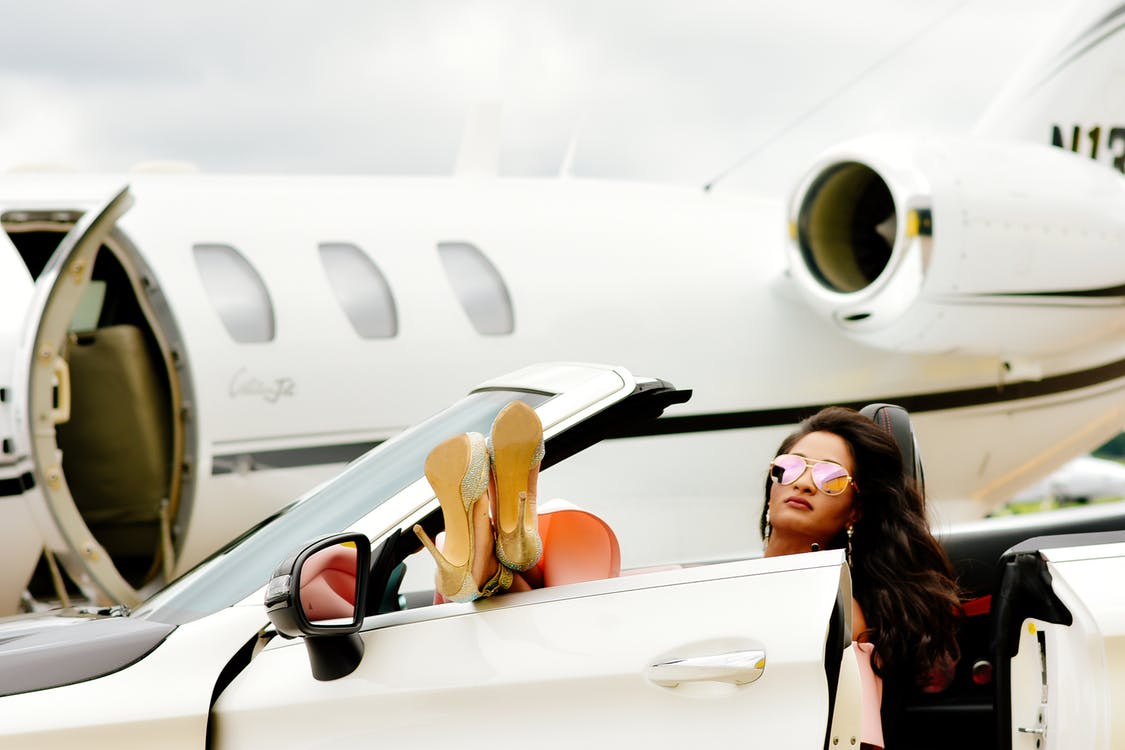 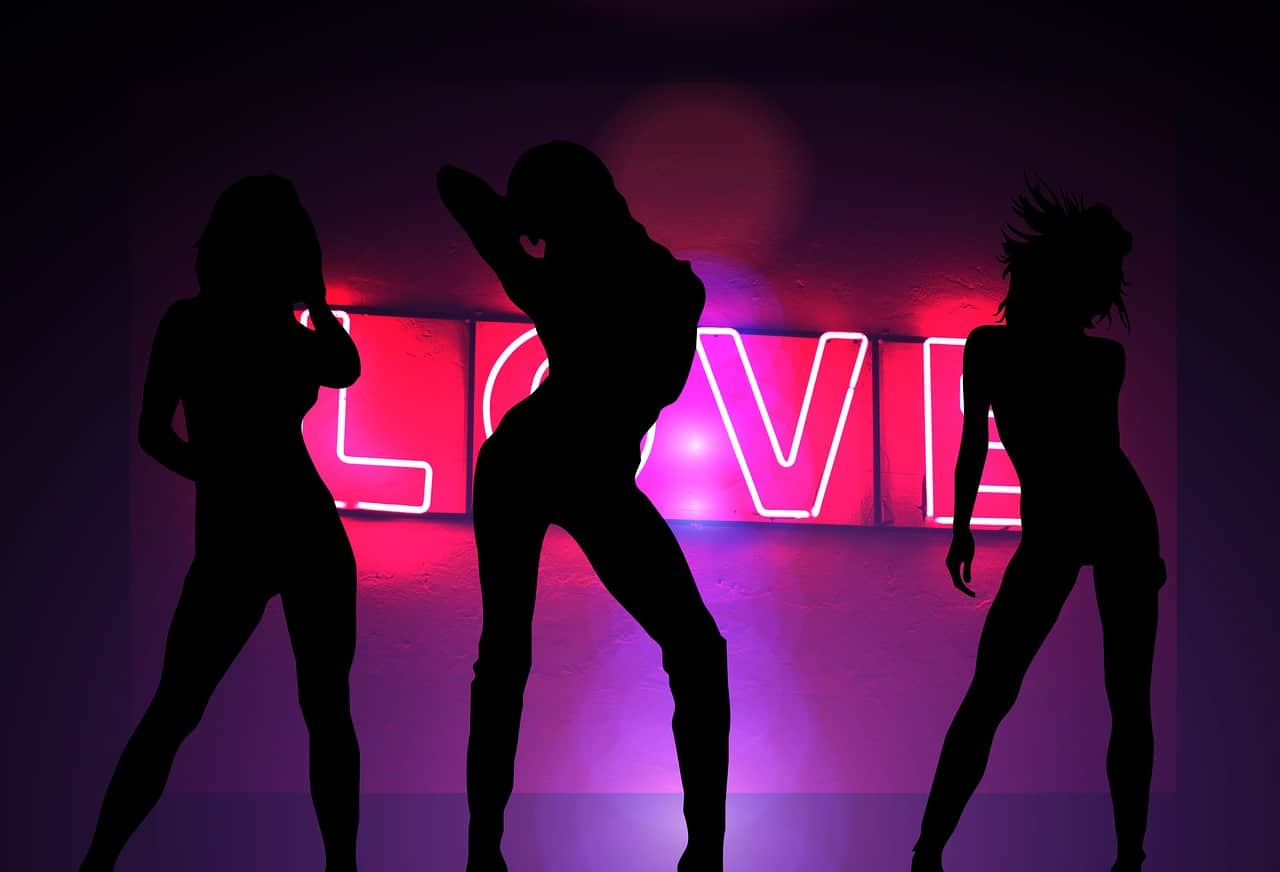